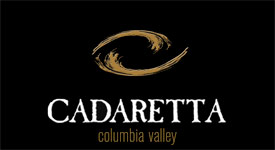 I make it my habit to pay attention to new, small wineries. Generally that means seeking them out at public tastings, perking up my ears when I hear the names of wineries I don’t know, and approaching each box of unknown wine I get on my doorstep as the potential to be something new and exciting.

Generally, whatever you might like to call these efforts of mine, if they can be described as efforts, tend to be focused on California. This probably comes as no surprise to most, but that has nothing to do with my preferences, so much as it does with where I live, who I know, and who happens to know about Vinography.

Perhaps it’s no wonder, then, that when I stumble across a small, brand-new winery from somewhere else that has started to make good wine, I get quite excited.

I must admit, I hardly stumbled across Cadaretta winery. My discovery of their inaugural vintage was quite the opposite of chance — their wines were literally handed to me by a group of folks from the Washington Wine Commission who happened to be passing through town and asked if they could meet me. My answer to all such requests, which I get pretty much weekly, is a firm “no.” No, because the folks asking are usually wineries or PR people that work for wineries. In an effort to maintain my reputation objectivity (I never want anyone to be able to say, “but they took you out to lunch, so of course you gave them a good score”) I eschew all such offers.

But in this case, the folks didn’t work for a winery, they worked for the State of Washington. Or perhaps more accurately, for every winery in the State of Washington. And they wanted to say hi, find out how much I knew about Washington wines, and like the Jehovah’s Witnesses that show up at my door occasionally, offer to expose me to some stuff that I might not have known about before. In the nicest possible way.

Cadaretta winery is a brand new winery in Walla Walla, Washington. They plan to be a proper winery with vineyards and a cellar, and probably a tasting room and all that. But they’re just getting started. Meaning they’ve literally just started planting their vines in the last couple of weeks. They’re so new that they got a damn blog before they even got themselves a proper web site. I love it.

Cadaretta fulfills the long held goal (and the entrepreneurial drive) of the Middleton family, a family whose roots in Washington State dig back deep into the 19th century, when they made their fortune, like many others, through an admixture of their sweat, their imagination, and the raw natural resources of the coastal-region-eventually-to-be-known as Washington.

The Anderson & Middleton company, formed in 1898, did what a lot of companies in Washington did back then: they cut down trees, chopped them up, and sent them south to California to be turned into houses like mine. The company was successful enough (and smart enough) to get into the shipping business as well so they didn’t have to pay others to sail their lumber down the coast for them. They got themselves a bunch of big boats, and they named one of them Cadaretta.

Four generations later, the company is still at it, albeit more greatly diversified. Twenty years ago they started farming wine grapes in California, and perhaps as a result, Rick Middleton caught the wine bug, and Cadaretta winery became the dream that is currently taking shape in the low sloping hills of the Colombia Valley.

Even though the winery just planted its first vines three months ago, they have recently released their first wines, made from purchased grapes by their winemaker Virginie Bourgue. Bourgue earned a degree in viticulture and another in enology in France, and worked in many French wine regions, including a long stint in Champagne where she worked for Louis Roederer and Bollinger among others. In 2002 she worked the harvest at Chateau St. Michelle in Washington and never left.

Under Bourgue’s direction, the estate vineyards are being planted to the primary red and white Bordeaux varietals (Cabernet, Merlot, Cabernet Franc, Sauvignon Blanc, and Semillon) with a little Syrah and Chardonnay thrown in for good measure.

I don’t know much about the winemaking or grape sources for these two wines, but even with purchased grapes, made in a custom crush facility while the estate winery is being built, they show a lot of promise.

2007 Cadaretta “SBS” White Blend, Columbia Valley, Washington
Pale gold in the glass, this wine has a nose of warm wheat and citrus juice aromas. In the mouth it is bright with acidity and mouth puckering, with citrus qualities and a hint of something…earthier… on the sides of the mouth. Intriguing and altogether pleasing. Long finish. Score: around 9. Cost: $17. Where to buy?

2006 Cadaretta Syrah, Columbia Valley, Washington
Dark garnet in the glass, this wine has a nose of blackberry, cinnamon, and nutmeg aromas. In the mouth it is soft and velvety with flavors of blackberry, cloves, and cedar. Nice finish. Score: between 8.5 and 9. Cost: $28. Where to buy?