In Search of the Cynical Winemaker 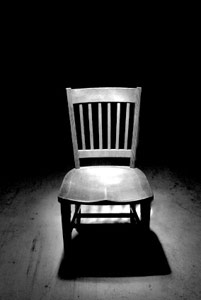 I had a conversation the other night with a fellow wine writer that unsettled me. We were tasting a number of different wines, and comparing notes on a few that weren’t so hot, and that’s when she said something along the lines of “Can you believe how cynical these winemakers must be?”

At first, I wasn’t quite understanding what she meant, but as we talked, it became clear that she meant quite literally, that many winemakers in Napa are making wine that they know is bad, just because they think it is what the public wants. She went on to say, when pressed, that she knows a lot of winemakers who don’t drink their own wine, and don’t think that the wine they make is particularly good. And she wasn’t talking about the Sutter Homes and Kendall Jacksons of the world, she was talking about folks that made wines that cost $40, $60, or even $150 a bottle.

Before it is anything else, winemaking is most certainly a business. At least for all but the most dilettante winemakers. But at the same time, the majority of people who make wine professionally bring to the task an aesthetic drive to make something great with the raw materials they have at their disposal.

Those raw materials as well as the other myriad constraints imposed by the business side of wine production most definitely force winemakers to make certain hard decisions. But within those constraints (some of which may be the stylistic preferences or traditions of the winery, winery owner, or brand) I believe most winemakers strive to make the best possible wine they can.

I do know some consulting winemakers that work for many different clients who have told me that sometimes they make a wine that suits their employer’s palate more than their own, but I haven’t yet found a winemaker who thinks the wine they make is bad enough that they prefer not to drink it. On the contrary, and sometimes much to my dismay, there are a lot of winemakers out there who are quite proud of wines that they think are great, but which to my taste are quite bad.

Bad vintages and problems in the winemaking process aside, most winemakers I’ve met seem to talk about their wines like most parents talk about their children. And just like parenting, I think the cost, time, and intensive effort required by winemaking generates a certain amount of investment in the final product that can even blind some winemakers to the faults of their wine. Telling a winemaker that the wine they just poured me is awful produces the same sort of facial expressions I would expect from mothers if I went around telling them their babies were ugly.

Of course, most winemakers are professionals, and know that some people won’t like their wines. But that professionalism, combined with ego, and the human tendency to strive for quality, is precisely the reason that I have a hard time believing that there are a lot of winemakers out there who spend their days making wine they think is bad. That’s as strange to me as the thought of a Michelin-starred chef holding a job churning out food that she knows is unhealthy and tastes bad in some fancy restaurant somewhere.

So here’s the question: am I just being naive?

I know a lot of people in the industry read this blog, as do a lot of wine lovers who have connections to people who make wine. I give you full permission, even encourage you, to comment anonymously or send me private e-mails and tell me if you know people who make wine they think is bad enough that they wouldn’t want to drink it themselves.

Where are all these cynical winemakers?