If one were to speculate on the wine market as a savvy investor might in the small-cap stock market, the game would be the same: follow people you know with good track records. In the wine world, we’d also have to include a corollary about betting on great vineyard sites, but leaving aside the raw materials, it’s clear that most good wines don’t happen by accident. They’re made by talented people.

Finding talented people in Napa isn’t hard at first. There are a lot of them, many of whom have big brand names. When they start working for a winery, everyone pays attention.

But there are many more talented folks in Napa that never get the limelight of the big names. These are the “small cap” talents that are responsible for many of the small production wines throughout the valley that are just waiting to be discovered by anyone who can start connecting the dots between great vineyards and the people that work them.

Piña Napa Valley is owned and operated by the Piña Family, a name that might not mean much to most wine drinkers, but will turn the head of anyone who is reasonably involved in growing grapes in Napa. In the current generation, the Piña Family, through their firm Piña Vineyard Management are responsible for farming some of Napa’s most prestigious vineyards (Bryant, Pahlmeyer, Cafaro, Gemstone, Outpost, Showket, Sawyer, O’Shaughnessy, just to name a few), but the family has been making its home in the Napa valley since 1856 when their progenitor Bluford Stice led a wagon train into the valley from Missouri.

Only a few years after that wagon train, the family became involved in the wine business in Napa. They owned a vineyard just south of St. Helena, and Bluford Stice’s son became a prominent winemaker at the then famous Inglenook winery (now Rubicon Estate) The family has been part of the Napa wine industry ever since.

As early as 1979 the family had thought about making their own wine, even founding a company called Piña Cellars with that intention, yet somehow never found the time until they purchased a small property on Howell Mountain in 1996 and decided to put their viticultural talents to work for themselves.

Their Howell Mountain property is known as the “Buckeye Vineyard” and its partially terraced hillside surrounded by Redwoods, Oaks and Madrone trees border Ladera and Beatty Ranch.

The family has been producing wine from their estate vineyard for the past 8 years, and in the last couple of years they have been acquiring long term leases on several more vineyard sites around Napa with the goal of producing single vineyard wines.

One of these sites is the D’Adamo vineyard which sits at the foot of Atlas Peak in the southern part of Napa. This sustainably farmed vineyard is planted with 100% Cabernet Sauvignon.

The Piña’s began their project with the wines being made by winemaker Cary Gott (a longtime Napa wine veteran and consultant who has worked for more vineyards than are possible to list). In 2005, Anna Monticelli took the helm as winemaker, having been assistant winemaker at first Seavey, and then Bryant Family before arriving at Piña.

I’m not sure if this is the first or second vintage that Monticelli is responsible for, but there appears to have been no change in the basic winemaking regimen. These wines are carefully harvested and destemmed, meticulously sorted, fermented in steel and then aged in French oak barrels (somewhere between 60% and 70% new) for 18 months before bottling.

Having tasted these wines for the past three consecutive vintages, I’d have to say that, despite being tasty, the 2006s are my least favorite. I may have encountered them at an awkward point in their evolution, but they don’t seem as well formed as the wines of the past. I’m not sure how much of this is due to the vintage, to their youth, or to Monticelli adjusting to working with these vineyards.

TASTING NOTES
2006 Piña Napa Valley “D’Addamo Vineyard” Cabernet Sauvignon, Napa
Inky garnet in color, this wine smells of black cherry, cassis and surprisingly, a little of nicoise olives. In the mouth it is smooth and rich with cassis and black cherry flavors balanced by nice acidity and faint tannins that linger in the finish that is tinged with a light grapeyness. Score: around 9. Cost: $75

2006 Piña Napa Valley “Buckeye Vineyard” Cabernet Sauvignon, Howell Mountain, Napa
Very dark garnet in color, this wine has a nose of cassis, wet earth, and espresso. In the mouth it is smooth and muscled with flavors of cassis, black cherry and cola, with light tannins that hover in the background. Decent finish. Score: around 9. Cost: $85

These wines are available for purchase online.

The family makes two additional single vineyard Cabernets that were not available to me for tasting. 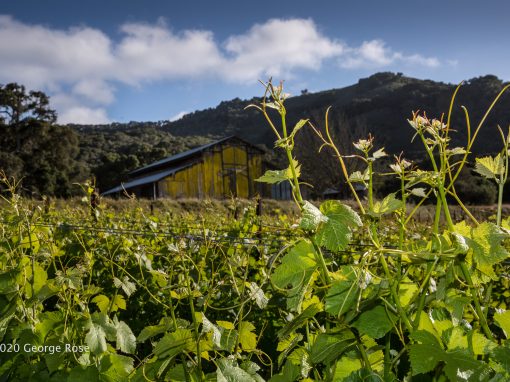 Pushing GreenLOMPOC, CA: Fog licks at the top of the Sta. Rita Hills above Sanford & Benedict Vineyard as new

END_OF_DOCUMENT_TOKEN_TO_BE_REPLACED 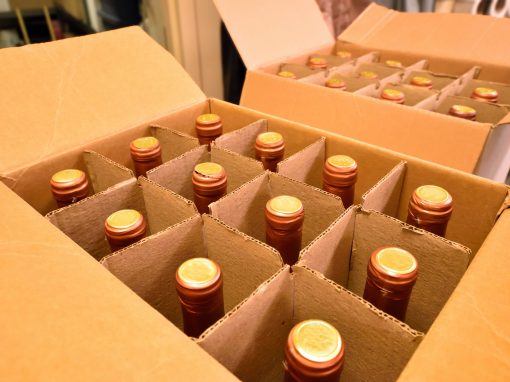 Hello, and welcome to my periodic dig through the samples pile. I’m pleased to bring you the latest installment of