Wine Geek Out: What They Know About Oxygen and Wine 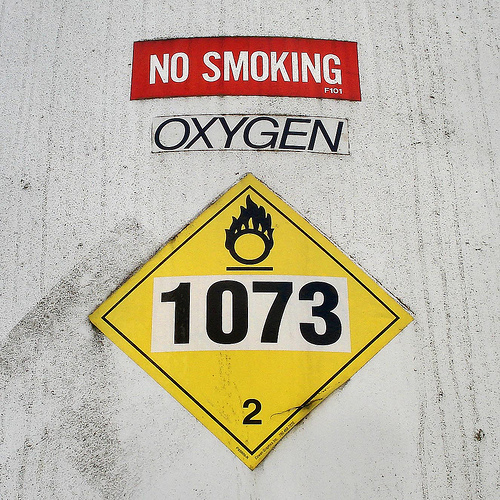 We still don’t know a lot of things about wine. It’s a complex animal, where a lot of variables are in play, and direct cause and effect relationships are often difficult to pin down. For instance, we remain mostly in the dark about the relationship between the mineral content in the soil and specific flavor components in the wine. We know there is a relationship, but we have a very hard time linking specific flavor compounds to specific aspects of geology, despite a clear sense that some link must exist.

Likewise, we are only just now beginning to understand the specifics of how wine interacts with the tiny little bit of oxygen that bounces around in the neck of the bottle between the liquid and the cork or other closure. Even more befuddling, until recently we’ve been mostly at a loss to definitively say how much oxygen gets into a bottle as it ages through various closures.

For those like me to whom such unanswered questions are annoying mysteries, thankfully there are a lot of folks much smarter and well equipped than us who spend a lot of time trying to actually find the answers.

In a recent article in Wines & Vines magazine, Jamie Goode lays out the current state of our understanding of how oxygen plays a role in wines evolution, and in particular, what we now know about how much oxygen gets into a wine through corks, screwcaps, and other closures, and the impact of this transmission.

Goode reports on a very large collaborative study being done by a number of closure companies research institutions, lead by closure manufacturer Nomacorc. While it is undoubtedly self serving in some respects, it appears to be rigorous and unusually collaborative science that already is yielding some great insights into this murky corner of wine science.

The variations in oxygen levels in wine as a result of bottling vary considerably, from .6 parts per million using a vacuum sealed bottling line with screwcaps to 4.4 parts per million with a wine bottled purely by hand. While it may sound obvious, it was not particularly well established that this amount of oxygen plays a significant role in how the wine ages, in addition to the added factors of how much oxygen enters through the closure.

The oxygen in the “headspace” (the area between the liquid and the bottom of the closure, ends up being absorbed by the wine in about 10 months of aging. And once in the wine, that dissolved oxygen goes about doing a lot of things that basically involve “aging” the wine. In particular, affecting its color.

Interestingly, a number of tests were done on different bottling lines that showed the amount of oxygen in each bottle was remarkably inconsistent, and that the amounts by which the oxygen levels varied were significant enough to likely result in differences in how the wines would evolve. The implication being that this may be a large factor in the well known phenomenon of “bottle variation,” which anyone used to frequently consuming older wines will have encountered.

I won’t go on to repeat all the findings or background that Goode includes in his article. Go read it yourself.

We now return you to your slightly less geeky normal programming.