Winemaking as Feminism in Thailand 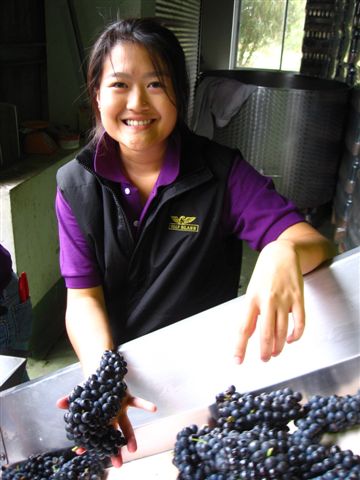 that pops up on my radar.

The latest news from Thailand’s wine industry involves the story of Nikki Lohitnavy, who at 22 years old is Thailands youngest, and first female winemaker.

It’s neat to see how the development of Lohitnavy’s family as winegrowers echoes the progression of many families in other wine regions around the world. For years, the Lohitnavy family sold grapes to neighboring wineries, but then Lohitnavy decided to become a winemaker, and after getting a degree in Oenology from the University of Adelaide in Southern Australia, she returned to start a winery on her family’s estate.

Lohitnavy is not only the winemaker, she’s in charge of all the (male) employees of GranMonte winery, an uncommon position for a woman in Thailand, especially one so young. According to a story in the Singapore Straits Times, she’s looking forward to proving that she can do the job better than any man.

“First of all women have better taste perception than men… and paying attention to small details, I think sometimes guys don’t do that” she is quoted as saying.

More power to her, I say. Let the wine do the talking. I look forward to tasting her efforts someday.