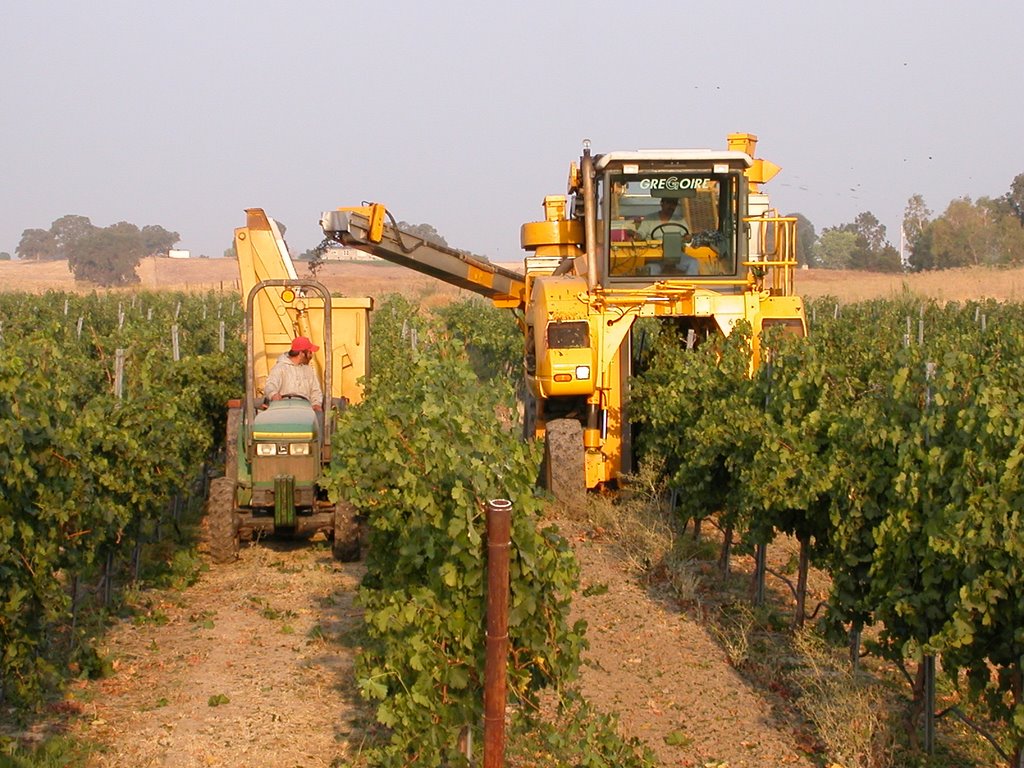 As some of you know, I recently spent some time on a press trip down in Australia. I’m still working through my notes from that trip, but one of the main points of interest for me were the vineyard practices of many of the producers, in particular with regards to harvesting. Many wineries, of various sizes, opted to do mechanical harvesting, rather than harvest by hand.

“Opted” may be slightly inaccurate, however, as the choice is less one of philosophy rather than necessity for most. While the United States, Europe, South Africa and other major wine regions have the benefit of rather large populations of people willing and able to take on the low-wage, high effort labor of managing and harvesting vineyards, Australia most certainly does not. While it is a country of immigrants, the population remains quite low, and the costs of managing vineyards by hand end up being quite high.

So many wineries do a lot of work by machine whenever they can, reserving their hand labor for things like the old bush vines that cannot be harvested by anything other than a stooping back and a sharp blade.

Machine harvesting has several implications to the nature of wine production. To harvest by machine, the grapes must be trained on vertical trellises (or other such regular arrangements), and larger blocks need to be harvested at once, regardless of some of the smaller variations in ripeness between vines, or even between clusters on the same vines. The grapes are moved about using centripetal force and conveyor belts and gravity, and more MOG (Material Other than Grapes) ends up in the bins that get transported to the winery.

The question is, however, what impact do these implications have on the final wine? Interestingly, Caymus, one of Napa’s top brands, recently admitted to machine harvesting the grapes that end up in their 96-point-rated 2007 Special Selection Cabernet Sauvignon, and suggested that such practices not only can yield high quality wines, but can also dramatically lower costs, something that pretty much every winery in California is interested in these days.

My own recent experience in Australia (and my experience last fall in Chile) makes that a little hard for me to believe. I saw a direct correlation in both places between the wines that I thought were extremely high quality and the more painstaking and expensive processes of hand harvesting. Not only that, but in Australia, certain wineries whose portfolios were made up of some wines that were hand harvested and others that were not, also seemed to demonstrate that the hand harvested wines were better.

Of course, the answer to this question is not black and white. There are plenty of lousy wines made in California that are harvested by hand, for instance. But I will admit to a deep suspicion of machine harvested wine, especially those that aspire to the upper end of the quality and price spectrum.

Having said that, I’ve tasted the 2007 Caymus Special Selection, and it is, indeed, a spectacular wine. Theoretically, it might be the best machine harvested wine in the world (it should be noted that Caymus also employs a number of hand-based vineyard practices as well).

What do you think? Can big tractors pick fruit as well as skilled laborers?