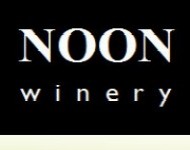 The term garagiste, originally coined as a pejorative referring to the small wineries in Bordeaux’s Right Bank who were making more modern style wines from purchased grapes, has been greatly overused to the point of cliché.

Nonetheless, I consider it a very, very good sign when I discover the people that actually are making good wines in their garage. That’s why on my recent trip to Australia as I trundled up the driveway of Noon Winery in McLaren Vale past old, gnarled vines of Grenache and into the garage that holds the ancient wooden fermenting vats and the basket press named “Ruby” I was in heaven. And I hadn’t even tasted the wine.

Nothing excites me more than getting to know little wine producers that prove the truth in the adage “small is beautiful.” When the ratios of winemaking come down to a few acres, a couple of pairs of hands, and half a dozen open-top fermenters, things can get really interesting.

Noon Winery was started by French teacher and casual farmer David Noon, who sold grapes to McLaren Vale winemakers throughout the 1960’s before becoming increasingly interested in winemaking himself, especially after a trip to Southern France. After pestering (or so he describes it) winemakers for years with his questions, he began to reserve a small amount of his fruit for himself to experiment with. He bought textbooks, and in 1972 a basket press, and in 1976 a crusher, and then he never looked back. With the help of his teenage children, neighbors and friends, he made small batches of wines from their grapes, and, increasingly, small lots of grapes bought from folks he knew around the valley. They hung a sign at the end of the driveway announcing wine for sale, and people just started turning up.

David’s son Drew grew up on the farm, which, in addition to its 8 acres of Grenache, included apricots and almonds. He has early memories of cutting and drying apricots, and then gradually a shift to winemaking as Australia began to leave fortified wine behind for the red wine boom of the late Seventies. By the time he had finished high school, Drew was interested in wine as a career. He attended Roseworthy college and from there landed a job at Tyrrell’s winery in the Hunter Valley, which he describes as the perfect “antidote” to all the “technology” of winemaking he learned at Roseworthy. “I learned how to do all the things we were taught not to do at school” says Noon.

But before settling down to run the family business, Drew Noon wanted to get some more experience under his belt, so he spent an additional five years as a government enologist in the state of Bendigo, and then another five years at Cassegrain north of the Hunter Valley.

“And it was at that point, being the GM of a winery with thirty employees I realized that the whole thing really stressed me out,” says Noon. “I didn’t like managing, I liked pruning.” That small epiphany, not to mention meeting the love of his life convinced Noon it was time to return home to the family farm. In 1996 Drew and his wife Raegan took over the winery from Drew’s father and have been carefully shepherding it ever since.

The tiny estate is dry farmed biodynamically, though it is not certified and Noon doesn’t have any intention of becoming certified. “We don’t make a big fuss about it,” says Noon. “We’ve never used any chemicals on our vines. All we have is this open air tractor here. We knew if we sprayed anything on the vineyard we’d just get it straight in the face. These vines are like grandmother’s plum tree. They look after themselves, and they grow better without any junk added.”

Noon’s philosophy in the cellar is much the same. The grapes are fermented in old open-top oak barrels lined with paraffin. Ambient yeasts and no temperature controls mean that the grapes take their own sweet time. And Drew continues his father’s tradition of never fining or filtering the wines.

The Noon’s roughly 2500 case production is focused on red wines exclusively, in addition to a small amount of rosé, which I sadly did not get a chance to taste. Most of the estate’s 60-80 year old Grenache goes into their flagship wine Eclipse.

For all intents and purposes, Noon is a two person operation. Everything is set up to be run by Noon and his wife, with help from friends and neighbors when it comes time to picking. Because the vineyards are dry farmed, nature gets the final say about everything, including Noon’s take home pay.

“Our income for 2009 is going to be about half of what it was in 2006. I sometimes ask myself if we’re the only people silly enough to keep doing this [dry farming]. We’re not going to change our prices, and I’d rather give it all up rather than irrigate. We’re just going to weather it, like the vines. We all have to live with seasonal variations” says Noon.

I certainly can’t find anything to fault in that logic.

2008 Noon Eclipse Red Blend, McLaren Vale
Medium to dark garnet in the glass, this wine has a nose of rich cherry and raspberry aromas with hints of green herbs. In the mouth it is wonderfully juicy with cherry and raspberry flavors and notes of cocoa powder and wonderful raspberry jam on the finish. Great acidity and the faintest of tannins add complexity to make this a wonderful package. Primarily Grenache from ancient, dry-farmed bush vines with percentages of Shiraz, Graciano, and Cabernet Sauvignon. Incredibly drinkable and well balanced. 15.5% alcohol but you’d never know. Score: between 9 and 9.5. Cost: $68. Click to buy.

2008 Noon Twelve Bells Red Blend, McLaren Vale
Medium garnet in the glass, this wine smells of cherries and raspberries with a little strawberry sweetness to the aroma. In the mouth it is explosively juicy and delicious with bright cherry, raspberry and strawberry flavors with a little hint of wet tree bark. Uncomplicated and joyful, this is a wine that will reward drinking sooner than later. Quite delicious. Sadly it is not exported to the US. Score: around 9.

2006 Noon Reserve Shiraz, McLaren Vale
Medium to dark ruby in color, this wine smells of briary blackberry. In the mouth the wine is beautifully poised and medium bodied, with an honest texture. Flavors of blueberries and blackberry are buoyed up by wonderful acidity and near perfect balance. This is not a Shiraz that hits you over the head, it’s and elegant, smooth operator. Score: between 9 and 9.5. Cost: $120. Click to buy.

2006 Noon Reserve Cabernet, McLaren Vale
Dark ruby in the glass, this wine has a nose of cherry that is heavily laced with fresh anise and a hint of green bell pepper. In the mouth the wine is high-toned, with spicy cherry and red bell pepper flavors. Notes of cedar emerge on the finish along with dried herbs. Medium bodied with well restrained, faint tannins, the wine is quite easy to drink and thanks to its good acidity quite food friendly, though its 16% alcohol comes through in that high toned quality (although to its credit, without any heat in the throat). Missing some deeper notes that would make it more compelling. Score: around 8.5. Cost: $90. Click to buy.

2001 Noon Eclipse Red Blend, McLaren Vale
65% Grenache, 35% Shiraz, this wine shows a medium garnet in the glass with visible sediment. It smells of beautiful violets and anise aromas with an underlying cassis and raisin note. In the mouth the wine is smooth and bright with cassis and blackberry flavors and a dried cherry quality on the finish. Holding up beautifully with age, the tannins are powdery and well integrated to the wine, lingering for a while in the mouth with an airy quality, The tiniest hint of alcohol lingers in the finish, but I’d never in a million years guess that this wine was 15.8%. Score: around 9. Cost: $50. Click to buy.

2001 Noon Reserve Shiraz, McLaren Vale
Dark cloudy garnet in color, this wine smells of roasted figs and date pudding. In the mouth it offers that beautifully soft velvety mouthfeel that comes from truly unfined and unfiltered wines, along with flavors of cassis, black cherry, and cedar shavings. Nice acidity and balance, with still very fresh fruit, the wine also does have a little heat on the finish, thanks to its 15.8% alcohol. Score: between 8.5 and 9. Cost: $175. Click to buy.

2002 Noon Reserve Cabernet, McLaren Vale
Inky, cloudy garnet in the glass, this wine smells of cassis and black cherry. In the mouth it is beautifully textured with powdery, mouthcoating tannins that carry flavors of black cherry, cassis, prunes and raisins throughout the mouth. Rich and smooth, the wine is quite well balanced and betrays none of its 16.1% alcohol, to my great amazement. The finish is minutes long. Score: around 9. Cost: $ .

NV Noon Tawny Grenache Dessert Wine, McLaren Vale
Made in the style of a Tawny Port, with some older vintages blended in from the cellar, this wine has a light brick red color in the glass. It smells of cedar shavings and brandy. In the mouth it is beautifully silky with a roasted fig, sugared coffee, and candied orange peel flavor backed up by a bright vanilla cream soda explosion that lingers long into the finish. Medium sweet and backed by decent acidity, so quite drinkable. Score: between 8.5 and 9. Cost: $50. Click to buy.

2004 Noon VP Grenache Dessert Wine, McLaren Vale
Made in the style of a vintage Port, this wine is medium to dark garnet in the glass, with aromas of roasted figs, raisins, and a hint of rubbing alcohol. In the mouth it is expansive in the mouth with lightly spicy raisin and roasted fig flavors mixed with orange oil and red pepper oil. The finish is long and laced with honey and raisins. Score: between 8 and 8.5. Cost: $45. Click to buy.