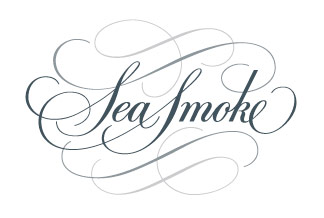 Sometimes as I’m traveling through wine country, I see beautiful pieces of land that aren’t planted to grapes and I think to myself, “now why is it that someone hasn’t turned that into a vineyard?”

I don’t pretend to have an eye for what makes good vineyard property, but those who do are constantly saying the same things about choice pieces of land everywhere. Sometimes these pieces of land become famous, or perhaps infamous is a better word, for their frustrating combination of appeal and unavailability.

For years, even decades, the wine country of Santa Barbara, and the appellation of Santa Rita Hills held such a piece of land. Directly across the Santa Ynez river from vineyards like Sanford & Benedict and Fiddlestix, an elongated parcel of land hugged the northern banks of the river and cried out to many a winemaker as a prime location to plant Pinot Noir.

But the land, planted to beans, wasn’t for sale. And so for years, winemakers and would be winery owners would drive by and drool, and people like me would naively wonder why no one was trying to grow grapes there.

But then one day, along came Bob Davids. The CEO of Hong Kong based Radica Games, a company that designed and manufactured electronic and video games, Davids was a Burgundy fanatic who one day decided that he wanted to make world class Pinot Noir in Santa Barbara.

Davids fell in love with the bean field, and set his heart on owning it. Through a combination of persistence and making offers that were increasingly difficult to refuse, Davids managed to finally convince the owner of Rancho Chabuchu to sell him 350 acres of land.

Davids planted nearly 100 acres of Pinot Noir (and a little bit of Chardonnay) as soon as he could, and the 24 different vineyard blocks became Sea Smoke Cellars, named after the fog which floods its way from the ocean up the river valley and makes it possible to grow Pinot Noir this far south in California.

From the release of the 2001 vintage, the winery’s first effort, Sea Smoke was a near instant success. With the coveted site, winemaking by the talented Kris Curran, and Davids’ marketing savvy, Sea Smoke quickly became one of the more sought after Pinot Noirs in California. Sold almost exclusively to mailing list customers, the wine joined the ranks of the “hard to get your hands on them” Pinots like Marcassin, Rochioli, and Sine Qua Non.

The winery is a small operation, with only about six employees, and is run by Curran* and viticulturalist/vice president/general manager Victor Gallegos.

A mix of 10 different clones of Pinot Noir in the 24 vineyard blocks are tended with an eye towards keeping yields low. The grapes are hand harvested in the early morning and brought to the winery where they are destemmed, first by machine, and then carefully by hand, to eliminate even the “jacks” — the small bits of stem that make it through the destemmer. Keeping the vineyard blocks separate throughout the winemaking process, he grapes undergo a cold soak for a few days before a two to four-week fermentation. Secondary fermentation and aging take place in French oak barrels, of which generally 75% are new and the rest used. Overall production sits somewhere around 15,000 cases.

I’ve tasted the Sea Smoke wines over several past vintages, and I think the 2007s are some of the best I have tasted.

* I will be interested to taste the 2008’s and 2009’s especially since winemaker Curren was lured away in 2008 by William Foley. The wines, starting with the 2009 vintage have been made by Gallegos and former assistant winemaker Don Schroeder.

2007 Sea Smoke “One Barrel” Pinot Noir, Santa Barbara County
Medium to dark garnet in color, this wine has a nose of rich blackberry, cranberry, and violet aromas. In the mouth it is tart and lean with a gorgeous texture, light tannic structure and a core of cranberry and raspberry fruit. Balanced, powerful and expressive, the flavors deepen with time and air. Best leave this one alone for a couple of years. This wine represents exactly what its name suggests: one (the best one) barrel from the vintage, which in this year happened to be one of the used barrels, so no new oak involved. Only 280 bottles made. Score: around 9. Cost: $150. Click to buy.

2007 Sea Smoke “Ten” Pinot Noir, Santa Rita Hills
An astonishingly bright, medium garnet in color, this wine smells of cedar, chocolate, and cherries, with a hint of herbal greenness that is appealing. In the mouth it is tart and bright with a core of cherry fruit tinged with raspberries. Light tannins creep around the edges of the palate, firm but soft in feel. The wine finishes nicely with a zing of acidity. Takes its name from the 10 different clones of Pinot Noir that go into it. Score: around 9. Cost: $80. Click to buy.

2007 Sea Smoke “Southing” Pinot Noir, Santa Rita Hills
Bright, light to medium garnet in color, this wine smells of mulling spices, cranberry, and cherries. In the mouth it is smooth, and bright with acidity that works with light leathery tannins to frame a core of cherry, cranberry, and cedar flavors. An aromatic sweetness coupled with a wet stone and tree bark flavor lingers in a long finish. The wine takes its name from the south-facing slopes of the vineyards. Score: around 9. Cost: $52. Click to buy.

In addition to the wines above, the winery also makes a Pinot Noir called Botella and a Chardonnay.