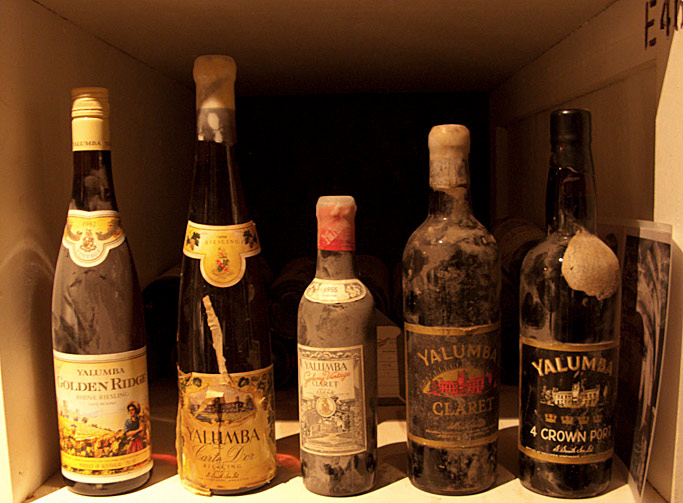 Wine writer Matt Kramer has long been the primary reason I subscribe to the Wine Spectator. I really enjoy his use of words as well as his sensibilities when it comes to the world of wine.

The piece he published today on the Wine Spectator web site (which for some reason I cannot fathom, is actually readable by the general public for once) is a great example.

While it rambles a little more than usual for him, his article “What Makes a Wine Ageworthy” captures part of the essence of what makes wine magical, namely that some wines, given time, transform into wholly different wines that transcend their prior selves.

But as much as I enjoyed this article, I think it reduces the question into terms that are far too stark and rigid for the average wine drinker.

Kramer posits that essentially there are two kinds of wine, those that endure, and those that transform. Fair enough. Not all wines will truly transcend their beginnings in a way that is almost wholly unrecognizable from the way they tasted to start.

But implicit in his argument, it seems to me, is that unless you have one of those wines that will predictably transform (thanks to the prerequisite he describes as “mid-palate density”) don’t bother aging your wines, or at the very least, don’t expect much of them if you do.

Now he didn’t say this specifically, and I’m happy to give him enough benefit of the doubt to the possibility that he didn’t even mean it. But nonetheless I see an opportunity to step in and make a point here, so I’m going to dive into what I’m calling a gap in his thinking.

You should age your wines anyway.

Why? I’ll give you three great reasons.

1. Aging wine, even wine that isn’t going to turn into something fantastic, teaches you an incredible amount about wine. Including which wines you might want to age and which ones you might not. But more importantly, you learn what happens to wine over time, you get to experience the characteristics of age and how they show up in a wine. These lessons can be learned without aging your own wine, but they are quite expensive, and I might argue, less pleasurable.

2. Following a wine’s progression over time is an intimate and special experience, not unlike watching a person you know well mature and change over time. In addition to the general characteristics of age on a wine, there is an additional pleasure to be gained by watching the specific changes to a wine over time. Kramer describes a wine enduring with the suggestion that it “doesn’t really change” — that reds get a little smoother, and whites oxidize — but I completely disagree. Even those wines that don’t “transform” as he describes them, go through dramatic changes over the course of 5, 10, or 15 years that are fascinating to experience, especially when you can do it consistently. Buying a case of wine and drinking a bottle every nine months is like following a favorite character in a TV series over many seasons.

3. Even though wine experts like Kramer seem to suggest that the number of wines that truly get better with age is fairly limited, in my experience they are more wrong than right. I have a problem with this rather exclusive term “ageworthy.” Ordinary wines — even $10 wines that you might buy at a grocery store — can age beautifully if stored correctly. Not all of them will, of course, but based on my own experience aging all sorts of California wines for 10 years (mostly in the $20-30 price range) and the experiences I’ve had tasting older vintages (1970s, 1980s) of wines that were the high-production wines of their day, there is much pleasure lurking in these older bottles, and in many cases, more than when they were first released.

Now before I get clobbered by people who think it’s irresponsible for me to suggest you take your 2010 California Sauvignon Blanc and throw it in a 55 degree cellar for 10 years, I should suggest a couple of basic guidelines.

You’ll generally have better luck with red wines than white, but that shouldn’t stop you from trying to age whites, though if you aim for whites with higher acidity, you’ll likely fare better.

Having a proper cellar, either a wine fridge at the right temperature, or a space that doesn’t get hotter than 65 degrees or so is pretty important. Heat will be your undoing in even the most rudimentary of wine aging experiments.

And finally, be patient, have fun, and don’t believe the experts when they tell you your wine isn’t worth aging. You be the judge of that. But in order to be a competent judge, you need to try it first, and that means at least taking a few bottles and sampling them at intervals.

Just think of the whole exercise as spending time with an old friend. That friend may not “transform” into a supermodel, but I say there can be as much pleasure in a careworn face whose divots and dimples you know well as there is in a metamorphosis.

Here are some additional thoughts of mine on the pleasures of aging wine.