The Philosophy of Wabi-Sabi and Wine 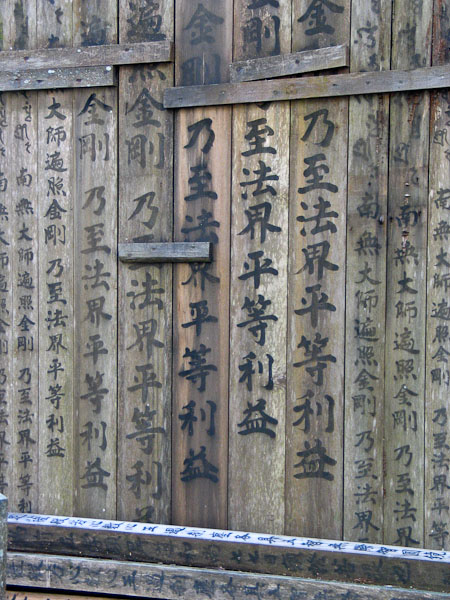 Perhaps as unlikely as it may seem, one of the keys to my appreciation of wine lies in an esoteric principle at the heart of Japanese culture and philosophy.

The 18 months I spent living in Japan were among the most intense of my life, and some of the most rewarding. I developed a deep appreciation for many aspects of the Japanese culture (not to mention the food), even at the limited level of understanding I was able to cultivate without speaking the language beyond the first-grade-level tourist vocabulary I attained by the time I left.

In particular, I am fascinated by the aesthetic principles that find their intersection in Japanese gardens, traditional wood architecture, and the ritual and philosophy of the tea ceremony. In these three arts, the Japanese have created a vocabulary that I find much more suited to describing some of wine’s most ineffable qualities than we posses in English.

Before I can talk about how that vocabulary is meaningful to me, however, I need to share some background on how I think about experiencing wine. So bear with me a moment.

Talking about wine in any language is difficult. I will admit to having fantasized at times (OK, frequently) about being a synaesthete — someone who, by virtual of some unique wiring, perceives some things with an unusual combination of senses, such as hearing sounds as particular colors. I fantasize that if I had such an ability, it would be easier to describe and talk about wine, and more importantly, to experience it in a more profound way.

Words are blocky and difficult to wrangle into semblances of meaning that approach what I enjoy in wine. Despite a somewhat established vocabulary for the discipline, in order to capture anything about wine that transcends the clinical, we must resort to metaphor and symbolism, as we struggle to express an experience that is, at best, only partly linguistic.

While the deconstruction of wine into its components plays a role in its critical evaluation, and for some, its enjoyment (just like those who enjoy picking out the melody line of a single instrument in a symphony), wine also offers the opportunity to be understood in the context of a singular experience, or a sum total, if you will. Of course, we experience wine in a series of shifting and fluid experiences, from the moment we first smell it to the moments in which the taste still lingers after a swallow, and everything in between. Our perception of a wine shifts and changes through the various mechanical aspects of sipping and swallowing, and over the course of time in the glass. Just as we see a landscape, a painting, or an oriental rug not in a single glance, but in a series of rapid, infinitesimal twitches of our eye (the technical term is saccades) that our brain stitches together for us, so too is my sense of a wine made up of little bursts of perception and memory that fuse together into a “sensibility” of what that wine is all about.

At some point, though, and not necessarily at a fixed and predictable point in this experience, we often have a sense of the wine as a whole. It might be after a full glass, it might be at the end of the meal, taking the last sips of the wine before leaving the table, it might be days later in reflection. But if we’re considered, and attentive to the wine, there is some moment that we can apprehend it as a whole.

It is at this moment of appreciation for a wine that I have come to appreciate and understand the beauty of the Japanese concept of wabi-sabi, and its ability to capture a complexity that we cannot easily express in our own English language and our vocabulary of beauty.

Notoriously difficult to translate, wabi-sabi lies at the heart of the Japanese aesthetic philosophy (which is itself closely tied to Zen Buddhism), and to a certain extent, the traditional Japanese culture. The words were originally strung together in the context of the aesthetics of the tea ceremony, an art form which profoundly influences many aspects of the Japanese culture.

The entry for the term in Wikipedia does a nice job at an attempted definition:

Wabi originally referred to the loneliness of living in nature, remote from society; sabi meant “chill”, “lean” or “withered”. Around the 14th century these meanings began to change, taking on more positive connotations. Wabi now connotes rustic simplicity, freshness or quietness, and can be applied to both natural and human-made objects, or understated elegance. It can also refer to quirks and anomalies arising from the process of construction, which add uniqueness and elegance to the object. Sabi is beauty or serenity that comes with age, when the life of the object and its impermanence are evidenced in its patina and wear, or in any visible repairs.

From an engineering or design point of view, “wabi” may be interpreted as the imperfect quality of any object, due to inevitable limitations in design and construction/manufacture especially with respect to unpredictable or changing usage conditions; then “sabi” could be interpreted as the aspect of imperfect reliability, or limited mortality of any object, hence the etymological connection with the Japanese word sabi, to rust….

Wabi sabi can change our perception of our world to the extent that a chip or crack in a vase makes it more interesting and gives the object greater meditative value. Similarly materials that age such as bare wood, paper and fabric become more interesting as they exhibit changes that can be observed over time.

For me wabi-sabi is a fusion of several tensions — harmony and dissonance, new and old, sculpted and organic — as well as the emotional state of wistful reflection that these tensions produce.

I wrote some time ago about the concept of honesty in wine, and wabi sabi is at a level deeper still. The wines that I find I am most drawn to, that compel my attention as I appreciate them as a whole, evoke the notion of wabi-sabi.

These are wines that are not symmetrical, nor polished perfectly smooth. They have rough edges. They do not follow a formula. They do not harmonize in major chords, they have a faint minor key to them. They show their patina of age, or in the roughness of their youth they choose not to obscure their rawness with anything, but leave it bare to my palate.

Wines that are wabi-sabi evoke something deeper than flavors, deeper even than a place. Wabi-sabi involves a deep connection with reality, in a way that is unvarnished, but also rich and profound in its intimacy. And this is what I find in the most magical wines.

Of course, not all great wines embody this aesthetic principle, and nor should they. And I am certainly not dogmatic in my quest to drink only such wines. Some wines are profound and equally pleasurable for other reasons, even those that can be said to be truly the opposite of wabi-sabi in their fresh, vibrant purity, or their lush, rich opulence.

There is also presumably such a thing as too much wabi-sabi, though I have yet to experience such a surfeit in my life. Instead I merely savor those moments when I can take another sip of a wine, close my eyes, and experience that poignant sense of mortality, beauty, and imperfection that is evoked by the wine, but ultimately lives within me.