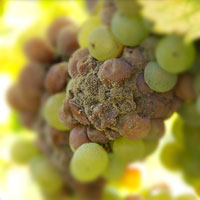 ‘Mildew, botrytis, blue mould, green mould, you name it, it was everywhere. This is the most difficult vintage I’ve ever been a part of’, said winemaker Sam Spencer, summing up his point of view on the 2011 vintage in Napa and Sonoma. Spencer’s role at one of California’s most well known négociants, Cameron Hughes Wine, means he has the opportunity to evaluate both thousands of tons of harvested fruit and tens of thousands of hectolitres of finished wines on the market each year.

‘There’s a lot of really, really fucked up wine out there’, he confessed to me forcefully in a recent phone interview.

I’ve spent the past few weeks speaking with dozens of winemakers from Santa Barbara, to Walla Walla, to the North Fork of Long Island trying to get a sense of how 2011 treated some of America’s most prominent wine regions….