Bringing Your Own Wine Glasses to a Restaurant 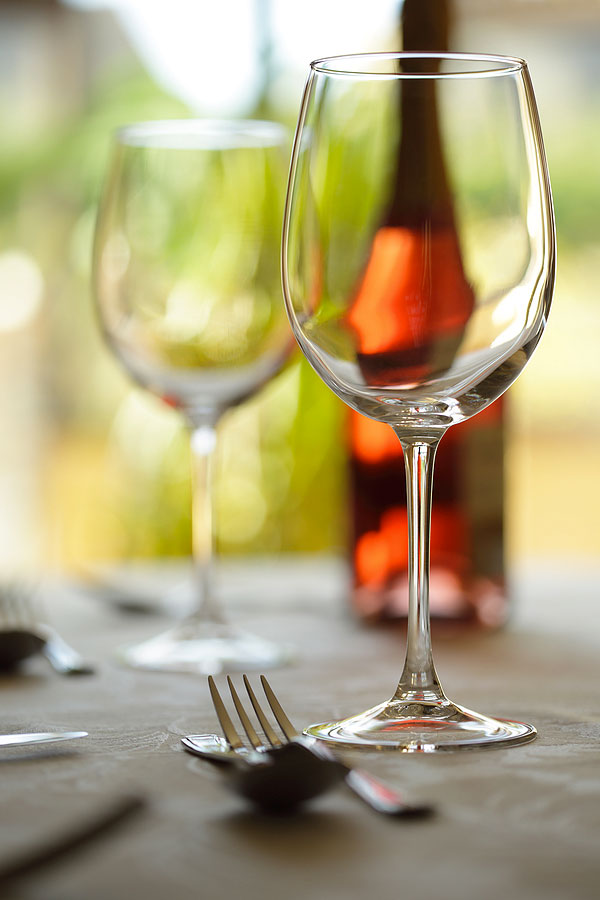 While the gossip mongers pounced on this detail of her dinner as an excuse to speculate about her being a germaphobe. I do happen to know that the restaurant where she was dining, Osteria Cotta, happens to have perfectly serviceable glassware. Are they top end Riedel wine stems? No. But they’re not crappy glasses.

So I’m not even going to play the “why did Madonna want her own glasses?” game, or “what wine were they drinking and why did they hide it in a bag between pours?” game (though I will admit to being curious about it).

No, instead I’m going to use this as an excuse to talk about the generic question: is it ever OK (as in not completely gauche) to bring your own glasses to a restaurant?

I’ll admit, right off the bat, that I have personally been tempted several times, but have never actually done it.

There are several casual restaurants (who shall remain nameless, as my intent is not to shame them) in San Francisco that I like to patronize that have glasses that don’t do wine any favors. They’re either small cut glass tumblers like you find in little old italian restaurants in small villages, or those little bistro wine glasses that might as well be a coffee cup on a stem, for all they do to the wine.

I sometimes buy wine off the list at these restaurants, and sometimes I like to bring my own. But most of the time I find myself wishing I had a better glass to drink the wine from.

In expressing that preference, and admitting my secret fantasy to bring my own glasses, I’m sure I run the risk of being tarred a snob. Especially given how fast the RedNek wine glasses are flying off the shelf these days.

Now, before the epithets start flying, let me be clear that my love and enjoyment of wine doesn’t depend on it being served in a fancy glass. I regularly drink wine out of metal coffee cups (while camping), plastic cups (when at picnics), and anything that will hold liquid (when there’s nothing else around).

But having said that, drinking wine from fine glassware does enhance the experience. Wine definitely smells better in proper stemware, and the feeling of drinking from a nice wine stem is more pleasurable than a clunky one. I personally do not believe (yes, even after having attended the Riedel seminars and comparative tastings) that the wine glass changes your perception of the wine’s taste, and the idea that different wines require different stemware I have long thought ridiculous.

So yes, after dragging a nice 15-year-old bottle of something-or-other to one of these casual restaurants, just to have something nice to drink with what I eat, I do occasionally find myself thinking, maybe I should just show up with my own wine glasses.

While I have started regularly bringing my own wine glass to large public tastings to ensure a level of consistency in my notes and tastings, I have yet to muster up the gumption to bring my own glasses to a restaurant. Why? Because it seems a little bit rude to the restaurant.

I honestly doubt the restaurant would care all that much. It saves them a couple of glasses to wash and the risk of breakage, whatever that costs. But it just feels a little wrong. It’s sort of rubbing the fact that their glasses aren’t great in their face in some small way. At the very least, from this day forward, I certainly risk being called a diva.

What do you think? Have you ever brought your own glasses to a restaurant? Do you think it’s the height of rudeness, or simply a pragmatic thing for a wine lover to do when he or she wants to fully enjoy a good bottle?