How Many Wine Regions are Too Many? 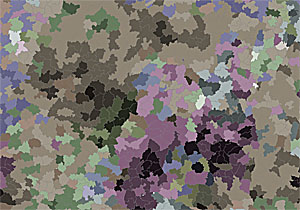 Can wine grapes be made to grow where you live? For a lot of the world, the answer is yes. But should they? This second question may pose more difficulty to answer depending on your point of view. Certainly if you’re a human being, and you need some booze to ease your way along the hard road of life, and you can grow grapes well enough to make wine for yourself, you most certainly should do that. Along with anything else that you can distill, ferment, or otherwise cook up that makes your life a little better. For millennia, necessity has been the mother of invention, and we humans have had an affinity for booze and all its benefits, both mind-altering and bacteria killing. Resveratrol? Well that’s just an extra bonus.

The difficulty with the second question arises as you begin to contemplate whether wine should be grown commercially anyplace it can be grown. This question, or at least a version of it, was taken up recently on a Wall Street Journal blog, after the author encountered wine from Cape Cod.

In the article, the author grapples both with the question of whether wine grown in some regions is really good enough to warrant selling it, and the whole notion of importing grapes from elsewhere just to make wine that you can sell with your label on it. Cape Cod Zinfandel, as the case happened to be for the blogger in question.

It’s easy to look at this question purely from the standpoint of economics, suggesting that anyone who decides to make wine somewhere and sell it commercially will find out pretty quickly if there’s a market for it or not. The laws of supply and demand have almost certainly given rise to, and gotten rid of, any number of wineries in this country and around the world over the years.

From the standpoint of an enterprising winegrower, the only people that really can cast a vote as to whether they should make wine are the people that might make up the winemakers intended target market. We can sit here from the luxury of our wine stained couches in San Francisco and sneer at the idea of taking Lodi Zinfandel grapes, trucking them across the country, and making them into wines with cute labels on them for tourists, but honestly, if someone can sell those bottles, why the hell not? Likewise for every local wine region in states (or countries) where there seems to be enough of a local market to actually buy the stuff.

Things get stickier, however, when these wineries, and their nascent (or even reasonably established) wine regions start looking for customers from outside their region, and for recognition on a national or global level.

Thanks to the wonders of the Internet-enabled global economy, basically every winery when it looks beyond the people that literally walk through its doors every day finds itself competing on at least a national stage, if not a global one. The struggle to increase sales outside of a local market is a struggle for a slice of the big national or global wine consumer’s wallet and attention.

At this point, one’s wines also start to get measured against different standards. What might be good enough to win an award at some state or county fair in Georgia does not translate into a wine good enough to grab the attention of wine buyers, sommeliers, distributors, importers, or consumers, let alone wine critics or wine writers. I once had a prominent winery in the state of Georgia send me their wines. They had, insisted the extremely pushy owner, won all sorts of awards, and indeed they came emblazoned with all sorts of stickers proclaiming that fact. Yet they were among some of the worst wines I’ve tasted in years. Easily below six out of ten on my scale.

I offer that anecdote not to suggest my taste represents some sort of accepted or well-known standard, but simply to suggest that it’s not all that easy to make a good wine that can capture the attention of anyone in an ever widening and deepening sea of choices that exist in the marketplace.

Stepping back from the vantage point of an individual winery, the situation is no different at the level of regions, and perhaps even tricker. A lone winery from an unusual place, with a great product and good enough marketing, can sometimes attract more attention than whole regions of decent wine from countries with a lot of well known wine regions.

Compare Austria and Hungary, two countries I’ve visited recently. They’re taking very different approaches to their attempts to compete on the global level. Austria has been incredibly successful going to market in a unified way. The country has spent time, energy, and money talking about the country as a whole, and letting the story be about their cool-climate whites, namely Grüner Veltliner and Riesling. Austria has gone from obscurity to being relatively well recognized in certain circles within the space of about 10 years. Now that their identity is established, smaller regional stories are easier to tell. You know that they do Grüner well, so you’re willing to listen when someone sidles up and says, “Pssst. Hey buddy. Wanna try some Blaufränkisch?”

Hungary on the other hand can’t seem to get a national story together. The Eger region wants to tell its story about Cabernet Franc and Bikaver. The Villany region wants to tell its story about big-boned reds. The Tokaj region continues to push the future of dry whites without discounting its history of sweet wines. In this cacophony of stories, none gets heard, and everyone suffers from the lack of visibility.

I recently attended a wine tasting of the combined wineries of the Castilla-La Mancha wine region of Spain. Intelligently, even though there are many separate D.O.s (Denominación de Origen, or designated wine regions) they have opted to go to market (i.e. tell their story to the wine trade) as a unified group. Instead of tilting at windmills, they’ve all united under the banner of a recognizable and memorable story (in their case, wine from the land of Don Quixote).