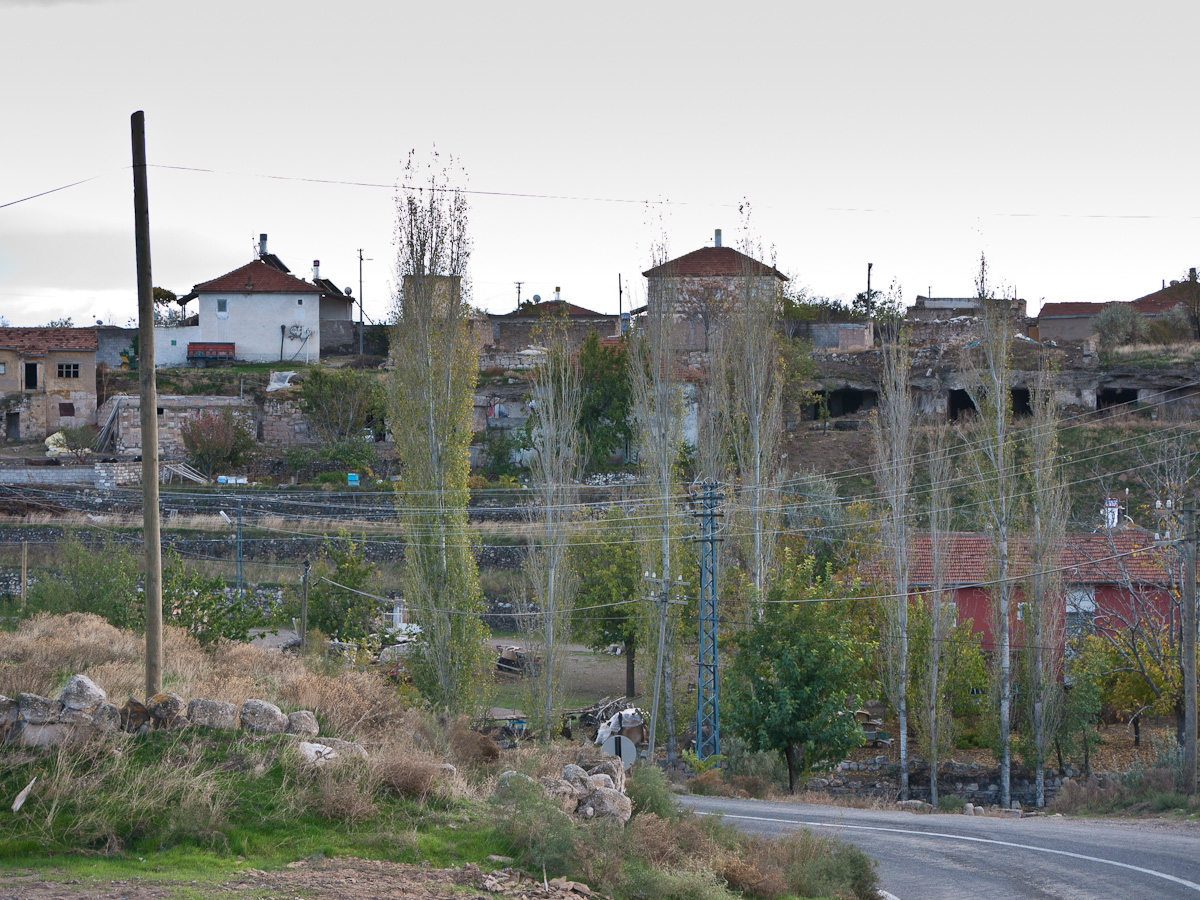 From the small airport of Nevsehir you must cross the Kizilirmak or “the red river,” the longest river in Turkey which earns its name each spring as it fills with the iron-rich soils washed down from the painted hills of Cappadocia. But for now, the river exists in placid greenish-gray, slightly turbid from the recent rains, flowing as ever towards its end in the Black Sea. Once across the narrow bridge, the road climbs back onto the the terraced plateaus of former floodplains which silently date this wide expanse of high desert to somewhere between ancient and eternal. It’s easy to imagine a time when herds of wild horses thundered across this landscape under the big sky, prompting the Persians to name this place “katpatukya” or “the land of beautiful horses.”

Perched on these sloping plateaus above the current course of the river, nestled into a small village between Uçhisar and Göreme lies the Kocabag Winery. The winery is easy to spot, being slightly conspicuous despite its modest architecture, simply because its neighbors are little more than huts carved, according to tradition, out of the mounds of tuff that have housed Cappadocians for centuries.

Tuff, a soft rock that is essentially just compressed volcanic ash, has long been if not the lifeblood, then both literally and figuratively the foundation of life here in Cappadocia ever 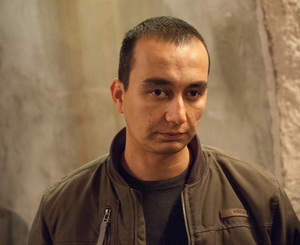 since someone discovered just how easily it can be worked by hand. Chopped into blocks, ground to cement, and hollowed into bedrooms, kitchens, garages, chapels, and, of course wineries, volcanic tuff is everywhere in Cappadocia.

“My grandfather started in 1972 just with a simple cave, carved into the rock,” explains Mehmet Erdogan, the third generation of Erdogans now running the family winery, which is one of the three commercial operations in Turkey’s Cappadocia region.

Carving a winery out of the rock wasn’t a particularly novel idea, given that Erdogan’s grandfather lived in a house carved out of the same stuff. It represented the sole building material available and affordable at the time. Interestingly, however, this combination of practicality and frugality also prompted his grandfather to use it for making the wine as well. The winery has twelve 250 hectoliter tanks carved out of the rock in which their wines ferment and age.

Already enchanted with the idea of a winery carved out of stone, you might be forgiven for doing a double-take when presented with this fact. The twelve, roughly 250 hectoliter capacity tanks are sealed in front with cement and modern looking stainless doors that easily look like the fronts of cement tanks perched in (rather large) nooks carved into the rock. But as Erdogan continues describing the winery and his winemaking techniques, the remarkable reality sets in.

“The wine goes in, directly in contact with the rock, but over the years the rock has become coated with tartrate crystals, so now every tank is lined with a thick layer of tartrates,” 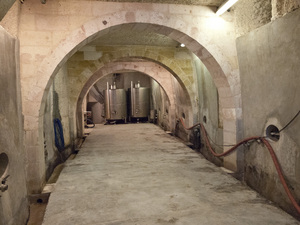 explains Erdogan, who admits that the tanks are somewhat limiting, both in terms of how they must be worked, and in their capacity. The winery has just built a new facility next door (after the family’s house collapsed) which will house the larger, steel tanks that stand peeling in the front driveway.

The original tuff tanks will continue to be used, perhaps if nothing else, in memory of Erdogan’s grandfather, who died in 1987 from CO2 suffocation while working in one of them.

Kocabag is the only one of the three commercial wineries in Cappadocia to use such tanks, and this may well mean that it is the only winery in the world to do so. Nostalgia or novelty aside, these tanks keep the wine at a constant 50 degrees, and seem to lend a wonderful, neutral stoniness to the overall character of the wine, not unlike cement or stone tanks in use elsewhere in the world.

The winery’s 75 acres of vineyards are a mix of more modern plantings — trellised with single or double cordons and vertical shoot positioning — that wouldn’t be out of place anywhere in the world, and more traditional Cappadocian vineyards, which are much more in keeping with the windswept volcanic plains — ground-hugging, head-trained, ancient vines that yield minuscule amounts of fruit and require backbreaking labor to maintain and harvest.

Kocabag focuses on making wines solely from Turkey’s indigenous grape varieties, including the two primary white grapes, Emir and Narince, and the three major red grapes, Kalecik Karasi, Bogazkere, and Öküzgözü. Apart from the use of a commercial yeast, the winemaking regimen consists of what you might expect from a winery that makes its wines in holes carved out of a hillside. The grapes are harvested by hand, destemmed, crushed, 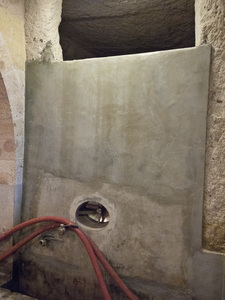 and fermented with little or no temperature control. After pressing, the wines go back into the tank until ready for bottling.

Despite its very modest appearance, Kocabag has become one of the more well known names in the nascent Turkish wine industry, with several tasting rooms spread across Cappadocia and placements on wine lists throughout the country. The winery produces approximately 6700 cases of wine each year, made from only estate-grown grapes.

Being a small family run operation in a rather remote region of Turkey, Kocabag has frankly struggled to remain in existence. But they were recently taken under the wing of the region’s largest and most prominent winery Kavaklidere, who recognized that if their dreams of building a destination wine region were to come true, they’d need more than one winery in existence. At the moment, Kavaklidere’s help involves being responsible for the distribution of Kocabag’s wines in Turkey, and all the moral, technical, and informational support a good neighbor would ordinarily provide.

Thank heavens this little winery has been kept in existence. Not only does it represent a completely unique winemaking heritage, it is producing some of the best and most interesting wines available in Turkey. While the wines aren’t easy to find, thanks to the heft of Kavaklidere, they do make it beyond Turkey’s borders, and occasionally even to the United States. To anyone interested in both the grape varieties of Turkey, and one of the most unique terroirs on the planet, they are highly recommended. 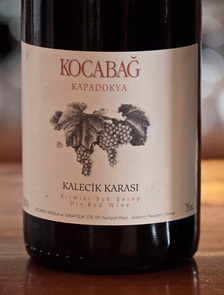 Light gold in the glass, this wine smells of apples and wet stones and a hint of tropical fruit. In the mouth the wine offers quite stony, tart flavors of unripe apples, unripe peaches, and a strong wet stone quality that is very compelling. Floral, light and quite delicious. 12.5% alcohol. Score: between 8.5 and 9.

2011 Kocabag Emir, Cappadocia
Pale gold in the glass, this wine smells of lemon zest and wet stones. In the mouth crushed shells, lemon zest and unripe apples merge with a deep mineral quality make this a lean, almost austere wine. Crisp and bright, and begging for some raw shellfish. 11.5% alcohol. Score: around 8.5.

2011 Kocabag Kalecik Karasi, Cappadocia
Light garnet in the glass, this wine smells of mulberries, brown sugar, and wet earth. In the mouth bright berry flavors have a smoky and slightly brown sugar quality that changes to smokiness as the wine finishes. Deep minerality is accentuated by excellent acidity. Tannins are almost entirely absent. 14% alcohol. Score: between 8.5 and 9.

2011 Kocabag Red Blend, Cappadocia
Medium to dark garnet in the glass, this wine smells of dark berries, black cherry, and forest floor. In the mouth the wine has a very nice smooth minerality to it, which allows berry and cassis flavors to have a cool stoniness to them. Great acidity, wonderful balance and complexity. Compelling and delicious. 70% Okuzgozu, 30% Bogazkere. 13% alcohol. A small percentage of the Bogazkere is aged in wood. Score: around 9.

2011 Kocabag Öküzgözü, Cappadocia
Medium garnet in the glass, this wine smells of mulberries and cassis. In the mouth smooth and stony mulberry and cassis flavors have a wonderful subtle and mineral quality. Nearly imperceptible tannins can be felt just on the very edges of the mouth. Not horribly complex, but incredibly easy to drink thanks to excellent acidity. Yum. Score: around 8.5. Cost: $15. click to buy.

2009 Kocabag Öküzgözü, Cappadocia
Dark garnet in color, this wine smells of mulberry and wet stones. In the mouth, juicy mulberry and wet stone flavors mix with a slight spiciness and a smooth, taut minerality that is quite compelling. Wonderfully balanced with excellent acidity and almost imperceptible tannins. Excellent. Score: around 9. Cost: $15. click to buy.

A typical Cappadocian vineyard, with the remains of ancient structures carved from the tuff in the background. The most unruly looking vines are 100+ year-old Narince. 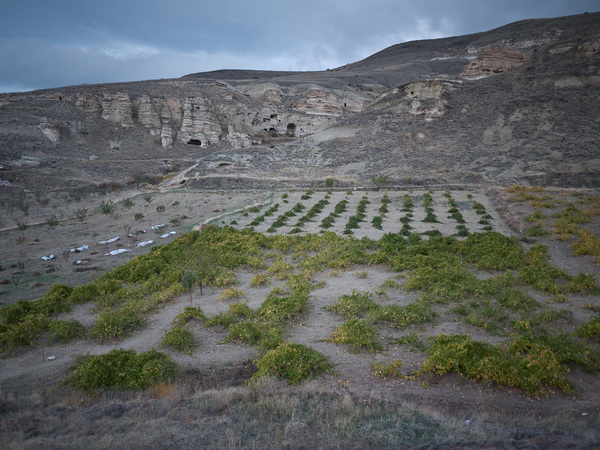