The December Soap Opera of Wine 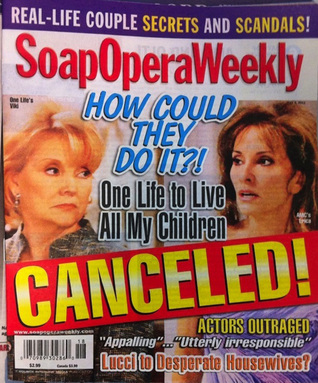 Someone once told me that the three most popular types of shows on American public television were, in the following order: shows about sharks, shows about lions, and shows about the British Royal Family. I have no idea whether this is still true, or whether it was ever true, but I’ve always remembered it because it says something to me about our affinity for blood in the water, both literal and figurative.

The wine world can hardly compete with sharks and lions, but we’ve had our share of royal fascinations recently. I can hardly remember three weeks in the wine world more filled with speculation, scandal, and uproar than these we have just concluded, and if my nose tells me anything, they’re not entirely over yet.

Thankfully the tragic mystery of who destroyed six entire vintages of Soldera Brunello may be close to a solution, and the wild suggestions that this heinous act was either mafia or politically driven have given way to a much more depressing banality. Italian police have arrested a former Soldera employee, 39-year-old Andrea Di Gisi, who they believe may have perpetrated the act as retaliation for perceived injustice at the hands of Soldera when he was working there. Apparently Soldera offered housing to a rival employee and not to Di Gisi, with whom Soldera apparently had several altercations before Di Gisi’s employment ended.

What a lesson in the cruelty of which we become capable when our minds are unbalanced. In some ways it might have been easier to understand the destruction of Soldera’s life’s work were it the consequence of some intrigue or sinister plot. Instead we are faced with what the childish and petty rage of an ordinary man unhinged can do. In the wake of recent events in America, many thanks must be given, at least, that no one was hurt in this particular tragedy.

Robert M. Parker, Jr’s announcement in the form of an exclusive story in The Wall Street Journal about his sale of a portion of The Wine Advocate to outside investors provided a bit more levity than the Soldera tragedy, especially to anyone who enjoys watching the equivalent of a train derailment in the world of Press Relations. Within hours of the story being published in the Journal, Parker was on Twitter contradicting most of the major facts as reported by the story’s author Lettie Teague. The announcement he posted to subscribers on his web site also contradicted the facts as reported by Teague.

Twenty-four hours later, many of us who wrote about the events, and mentioned the odd discrepancy between the Journal story and Parker’s version of the facts received a press release from the Journal’s Corporate Communications department which I can summarize as follows: “We reported the story accurately and stand by the facts that were reported. Here are the new facts, however, as we understand them.”

He said, she said. And we don’t even know if it was over a glass of wine.

Once the facts settled into place, it seemed fairly straightforward. That is, until yesterday, when it emerged that the man alleged to be the lead investor wasn’t entirely disentangled from the retail side of the wine business. According to Decanter Magazine, investor Soo Hoo Khoon Peng was until recently the founder and head of Hermitage Wine, a Singapore-based retailer of fine wine and fine wine investments, in particular Bordeaux and Bordeaux futures.

Soo Hoo apparently left the company in conjunction with his investment in The Wine Advocate but according to Decanter, remains a majority shareholder, and what’s more, his wife, Ms. Ng Choo Ping, remains and will remain a director at the company.

That’s one hell of a potential conflict of interest for a guy who just became part owner of a publication which essentially makes the market for Bordeaux and Bordeaux futures, and a relationship it is hard to imagine squaring with Parker’s ethics of independence and objectivity.

When this report of a potential conflict of interest arose on Parker’s bulletin board, it created quite a stir, to which Parker responded today with the following post:

That sounds like the categorical approach Parker has been known to take to such issues, so perhaps we’re just waiting for reality to catch up to his version of the way it should be? We can hope.

Speaking of scraping by on technicalities, the third pillar of scandal this week came from over the border in Canada, when online wine magazine Palate Press wrote a scathing indictment of wine writer Natalie Maclean for her alleged use of copyrighted reviews by other wine writers on her paid subscription web site without proper attribution. Maclean claims that she is legally justified in copying these reviews out of a government publication where they appear, and has said that in response to this criticism she will be attributing them more completely in the future. No word from anyone in authority, however, as to just exactly what Canadian copyright law says about such a practice.

In the meantime, yet another fire seems to have been lit beneath Maclean’s chair, as allegations that she bullies wineries into subscribing to her newsletter (i.e. paying her money) in conjunction their requests to send her samples for review. Palate Press seems to have obtained an e-mail exchange from a winery proving this to be the case, despite claims to the contrary by Maclean, both in her comments on the Palate Press article, as well as to Decanter Magazine.

While Maclean certainly wouldn’t be the first person to charge wineries for submitting samples, she doesn’t exactly emerge from these allegations as merely someone with an aggressive revenue model.

Will Maclean be taken to court in Canada by Jancis Robinson for stealing her tasting notes? Will Robert Parker have to engage in serious damage control when Ms. Ng Choo Ping becomes reluctant to resign? And when we lock both of them in a cage with a deranged Roman vineyard worker, who will emerge victorious?

Tune in next week for the exciting next chapter….