2011 Napa Cabernet: Through the Lens of Auction Napa Valley 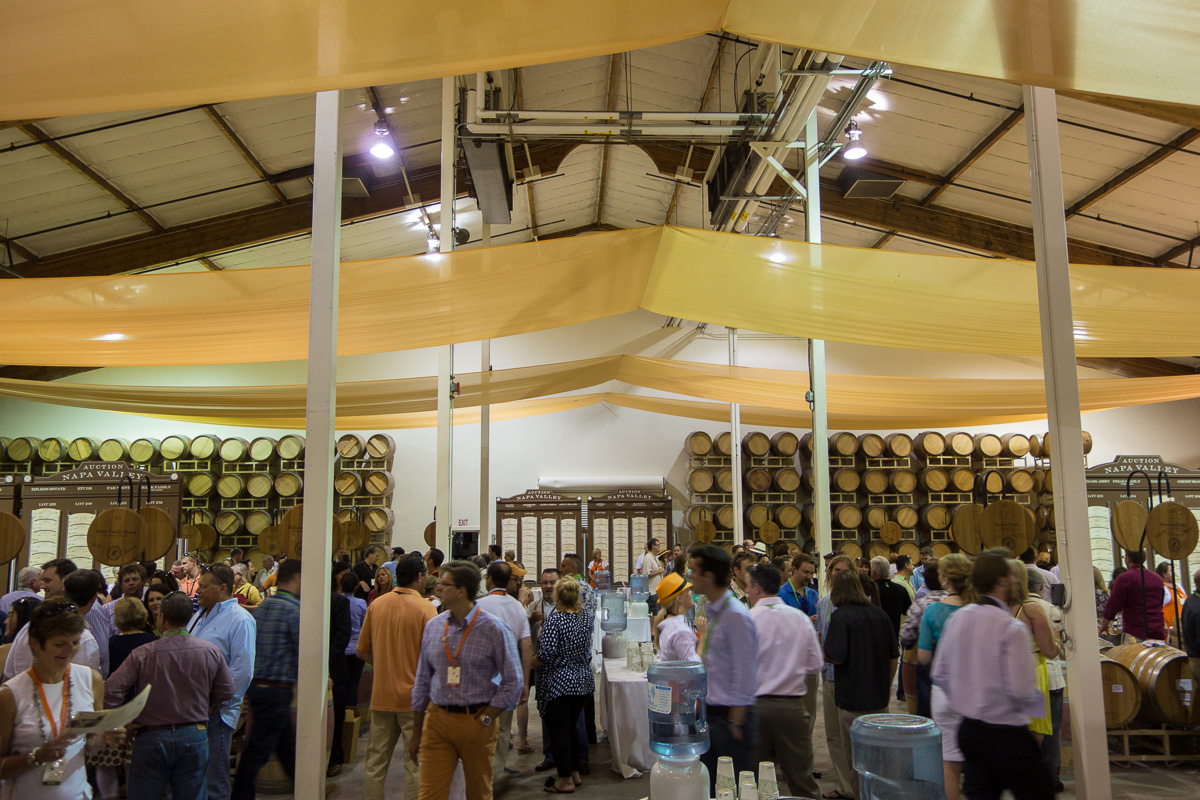 The event called Auction Napa Valley is actually three auctions in one. I wrote yesterday about the fireworks at this year’s auction, which smashed all previous records of charitable giving. But that account focused primarily on the live auction, where more than 40 different star-studded lots are auctioned off by charismatic live auctioneers.

While that part of the auction is quite the spectacle, my attendance at the event every year remains focused on the less glamorous barrel auction, in which barrels of wine are auctioned off, a case at a time to the 10 highest bidders by the time the clock stops. While the bidding for these cases can sometimes get heated (this year, excited wine lovers pushed my top rated wine, the 2011 Shafer Hillside Select, to a price of $8000 a case) my interest lies in the fact that prospective bidders, as well as journalists like me, get a chance to taste all the wines.

Unlike the Premiere Napa Valley barrel auction that takes place in February each year, in which the wines are often unique creations crafted explicitly for that auction and represent the very highest quality wine that a given winery can produce, the barrel auction in June sometimes involves wines that are much closer to the finished wines that normal folks could theoretically buy on the street. Some producers continue to offer wines that are outside of their normal range of production, but quite often the wine at the ANV barrel auction is merely one of the better barrels that would generally make it into one of the winery’s top wines. 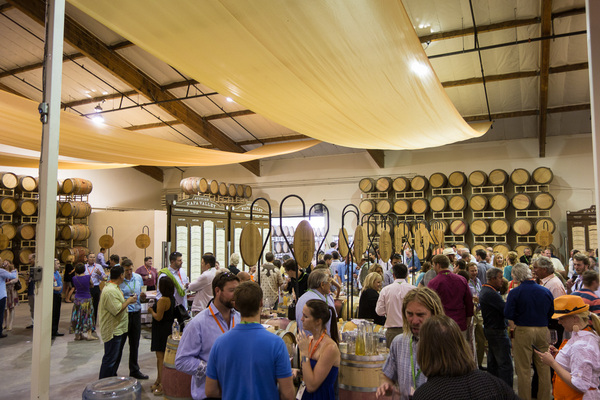 So with 100 wines offered up for tasting, the barrel auction offers myself and anyone else interested in such an undertaking the opportunity to get a close look at the qualities of a particular vintage — in this case 2011.

Many vintners threw away more than 50% of their crops in an attempt to make sure only the cleanest fruit ended up in their fermenters. Tales abound of even more extreme measures that involve high technology and/or truckloads of grape concentrate to compensate for under-ripe fruit.

Despite the horror stories, some wineries managed to get some or all of their fruit harvested before the first rains. And some, either because of their specific site or simple diligence, were able to keep fruit clean into the drier parts of November when a relatively normal, if a lot smaller, harvest could be made.

Even in the best of cases, those with completely clean fruit saw ripeness levels a good notch below what Napa usually delivers, and generally corresponding high acidity — both factors that, frankly, Napa could use more of in my opinion.

For that reason I have been quite intruigued to taste the 2011s, and particularly these barrel samples for ANV after having a glimpse of the vintage at Premiere.

Having tasted all 100 barrels on offer, my opinion of the vintage remains relatively unchanged from the impression formed at Premiere, except for an increasing sense that the wines are better than many people think.

While there are a few wines among this group that were uneven, awkward, or simply not great, the vast majority of these wines were excellent, and suggest that far from being a disaster, 2011 will yield some very tasty juice.

Alcohol levels are generally lower, by up to 1% in some cases, acidity higher, and an overall sense of tautness or tension appears in many wines. All of this is a very good thing in my opinion. While some winemakers had no problem getting their grapes ripe enough to make 15% alcohol wines that resemble an average Napa year, some wines do, for the first time in years, and perhaps for the first time in many winemakers’ careers, display some green, vegetal character. These pyrazines, a common flavor signature of Cabernet Sauvignon and Cabernet Franc, will undoubtedly not taste good to a segment of consumers who expect ultra-ripe, even sweet fruit in their Napa reds. I don’t find such flavors objectionable provided they are grace notes in the wine, rather than the dominant chord, but many will not share that opinion.

I dare say that some major critics will feel the same way, and even in the absence of greenness, there is enough variability in the vintage that I predict it will be generally, if gently, panned in the broader consumer marketplace.

For acid freaks like me, however, 2011 represents a true bounty. Some producers (see my list below) made some really cracking wines, if you’ll excuse the use of the British expression. The best of them are nervy bottles of red lightning compared to your normal ripe Napa year, and will undoubtedly age beautifully for decades.

More than most vintages, it will be critical for folks to taste 2011 wines before buying a lot of them, lest they get stuck with something they don’t like, but if these barrel lots are any indication, many vintners managed to pull off some pretty good wines under some pretty challenging circumstances.

The wines and their ratings below are accompanied (in italics)by the verbatim notes I jotted down as I was tasting the wines. Sometimes when I’m tasting a large number of wines like this, I do make complete tasting notes on my favorite wines, but in this case I chose not to, opting instead for just a few words about a larger number of wines. I’ve only spell-checked and grammar-checked the text, but other than that, you’re getting my unvarnished thoughts. Take them for the fleeting impressions they are.

2011 Gemstone Cabernet Sauvignon, Yountville – From an older barrel, and much lower oak influence than usual. Best I’ve ever tasted from them and wish they’d make everything in a 5-year-old barrel.

WINES WITH A SCORE AROUND 9
2011 Clos Pegase “Hommage Artist Series Reserve” Cabernet Sauvignon, Napa Valley – Beautiful, but too much oak