2013 Napa Valley Wine Auction Blows it Out of the Water 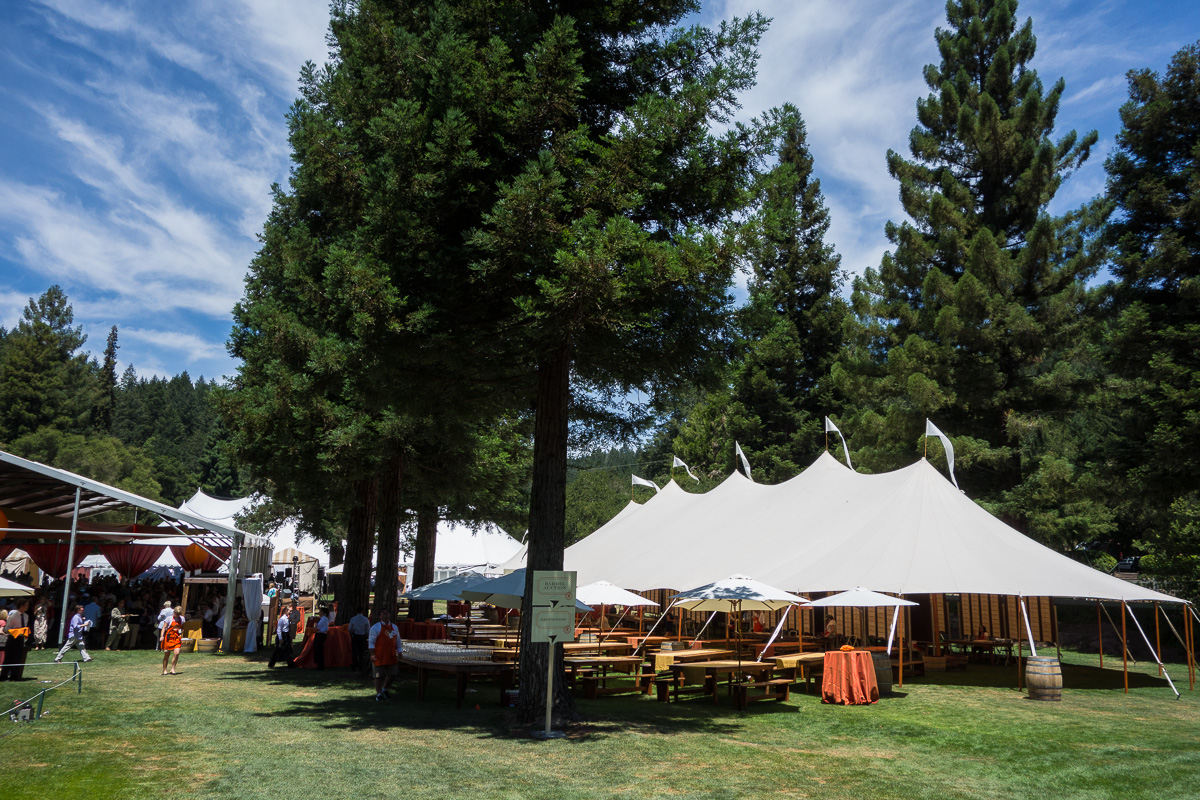 Every charity auction wants the next year to be greater than the last. To raise more money, to dazzle more, to drive its attendees into a deeper furor of irrational generosity (to borrow a phrase). This year’s Auction Napa Valley managed to succeed on all these fronts.

I’ve been attending the auction regularly since 2005 to watch high rollers spend incredible sums of money on crazy collections of stuff, all in the name of giving to charity, and I can say without a doubt that this was the best I’ve seen. 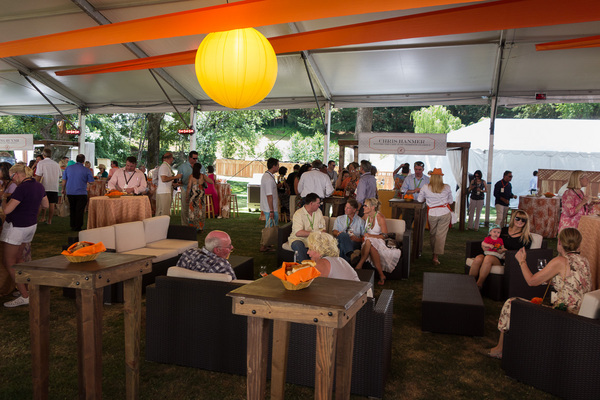 Auction Napa Valley has been held on the grounds of the lovely Meadowood Resort each year since 1989 by the Napa Valley Vintners Association. Modeled loosely on the Hospice de Beaune auction in Burgundy, the proceeds from which funded the city’s hospital for the poor and needy, the Napa auction aims to raise funds for various philanthropic organizations serving the Napa Valley. Over the past few decades, the auction has raised and donated more than $110 million to charities providing healthcare, education, social services and more to the families of Napa Valley.

In a valley whose prosperity is literally built on the backs of many of its residents, the Auction represents a significant and meaningful contribution to the communities that often fall unnoticed in the shadows of the glitz and glamour of Napa wine. 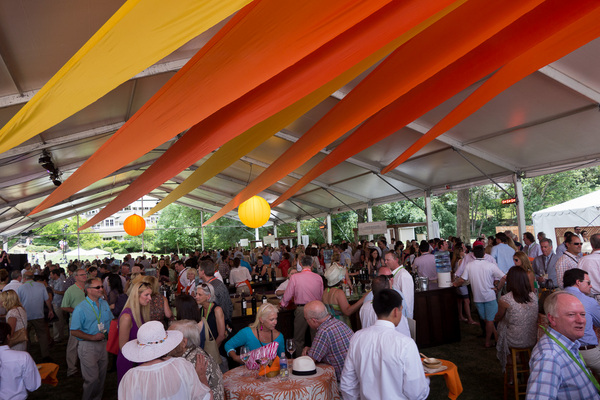 After a lunch cooked by nine of America’s Top Chefs (as anointed by the popular TV series) accompanied by many bottles of top Napa wines, attendees were ready to head into the (much cooler) tent for an afternoon of frenzied bidding.

And frenzied just about describes it. If the economy is still on tenterhooks, no one in the tent on Saturday was paying any attention. 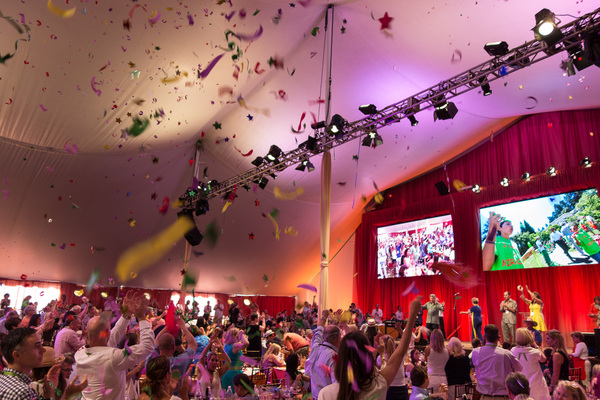 This year’s auction, as usual, featured a remarkable collection of wine and experiences that drew in bids regularly in excess of $200,000. A chance to taste the full 20 years of Harlan Estate wines, and take home a few 3-liter bottles was purchased for a staggering $800,000, sever hundred thousand dollars more than the lot that included a new Aston Martin. 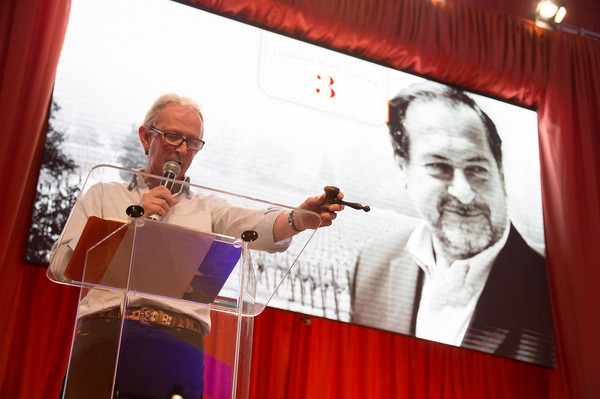 Other popular lots included, not surprisingly, the first 12-liter bottling of Screaming Eagle Cabernet, which in addition to the bottle included the option to purchase a new bottle with each subsequent vintage ($500,000); a trip to China with Yao Ming and a bunch of his eponymous wine ($240,000); a trip to Montana via private jet for fly-fishing and drinking your 6-liter bottle of Araujo wine ($340,000); a trip to South Korea with the proprietor of DANA Estates ($510,000); a 40-year vertical of Joseph Phelps wines plus a trip to visit the Gaja family in Barbaresco ($450,000); and more.

The most impressive bidding, however, fell on the last auction lot of the day, when, after spending more than $13 million on luxury, the attending bidders opened their pocketbooks for merely the pleasure of giving to those in need, racking up more than $3.5 million in pure charitable giving in one fell swoop.

By the time everyone streamed from the tent to find Grammy-Award-winning singer and songwriter Billy Dean belting out the Doobie Brothers, dancing was certainly in order. 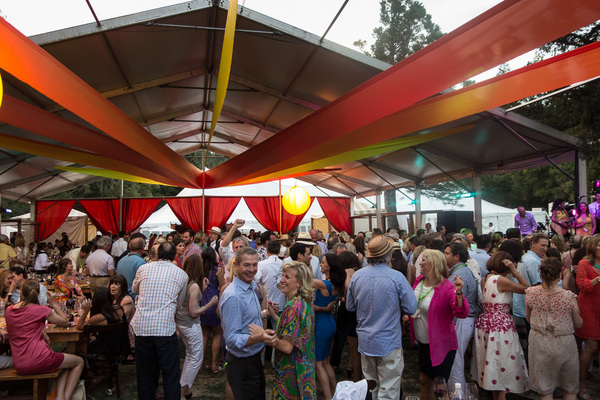 My favorite memory of the evening as time wore on was watching superstar consulting winemaker Michel Rolland cutting a rug with the young Shannon Staglin, of Staglin Family Vineyards. Winemaker by day, swing dancer by night, apparently.