Off to Germany to Drink Some Riesling! 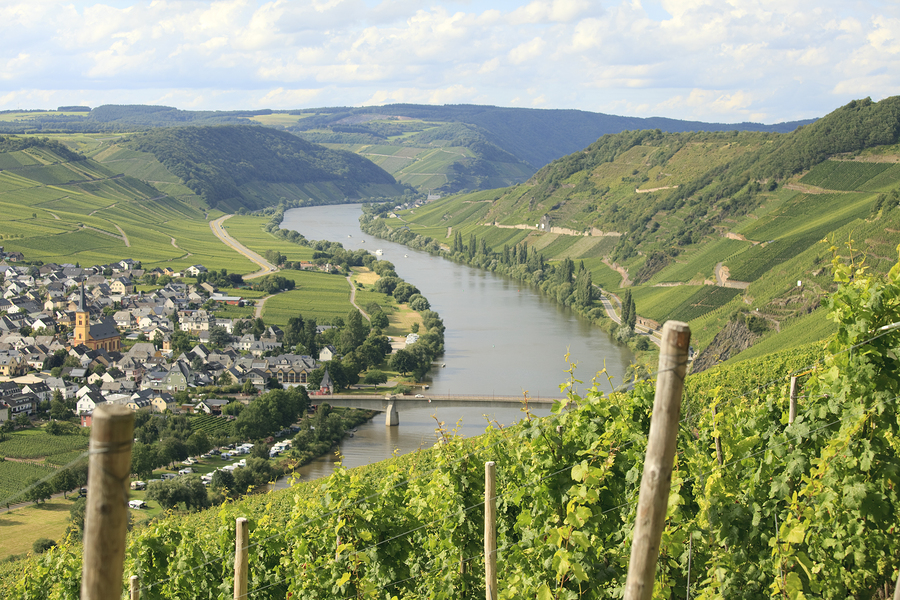 I’m a lucky guy. A few times a year I get to jet off to one of the world’s great wine regions to taste a lot of wine on someone else’s dime. Today I’m headed to Germany, where I’ll spend a week in the Mosel (and surrounding areas) courtesy of the Wines of Germany organization.

This is my first pilgrimage to the Mosel. I’ve been in love with Riesling for years, but I’ve never made it to the steep slate hillsides and the meandering river that represent the ultimate homeland for the grape.

It was with slate dreams that I headed down the highway today at 11:30 towards San Francisco. I was snapped out of my reverie by an oddly colored emergency vehicle flying by on the shoulder going 100 miles an hour.

I looked up and saw white clouds billowing in the region where the San Francisco Airport sits behind bayshore parkway. “Hmmm,” I thought to myself. “That doesn’t look good.”

But as I approached the airport, there was no sign of smoke, and I had just about convinced myself that I had been imagining things when I overheard someone in the food court referencing “an accident on the runway.”

When I got through security a few minutes later, and tried to enter the United lounge I was turned away, even as people came streaming out. I headed to the other lounge and was one of the last people allowed in before they shut the doors against the oncoming press of people.

I found everyone gathered around the television watching live coverage of the Asiana Airlines crash landing, which I’ve now been following like everyone else. 2 dead, 61+ injured. And one messed up plane.

It’s not clear at this point whether I’ll make it to Germany today or not. But almost certainly I’ll be stuck here for a while. I’m just waiting to hear whether all flights are cancelled or not. Crossing my fingers, but my thirst for Riesling seems an unimportant thing compared to the trauma of those that were on the plane and their loved ones.

I’ll let you know if I make it to the land of Riesling or not.

UPDATE: The airport was shut down and I had to head back home. Will be trying again on Monday. Very sad to hear of the fatalities and injured from this horrific accident.

Image of the Mosel river valley courtesy of Bigstock