Coravin and the Future of Wine-by-the-Glass 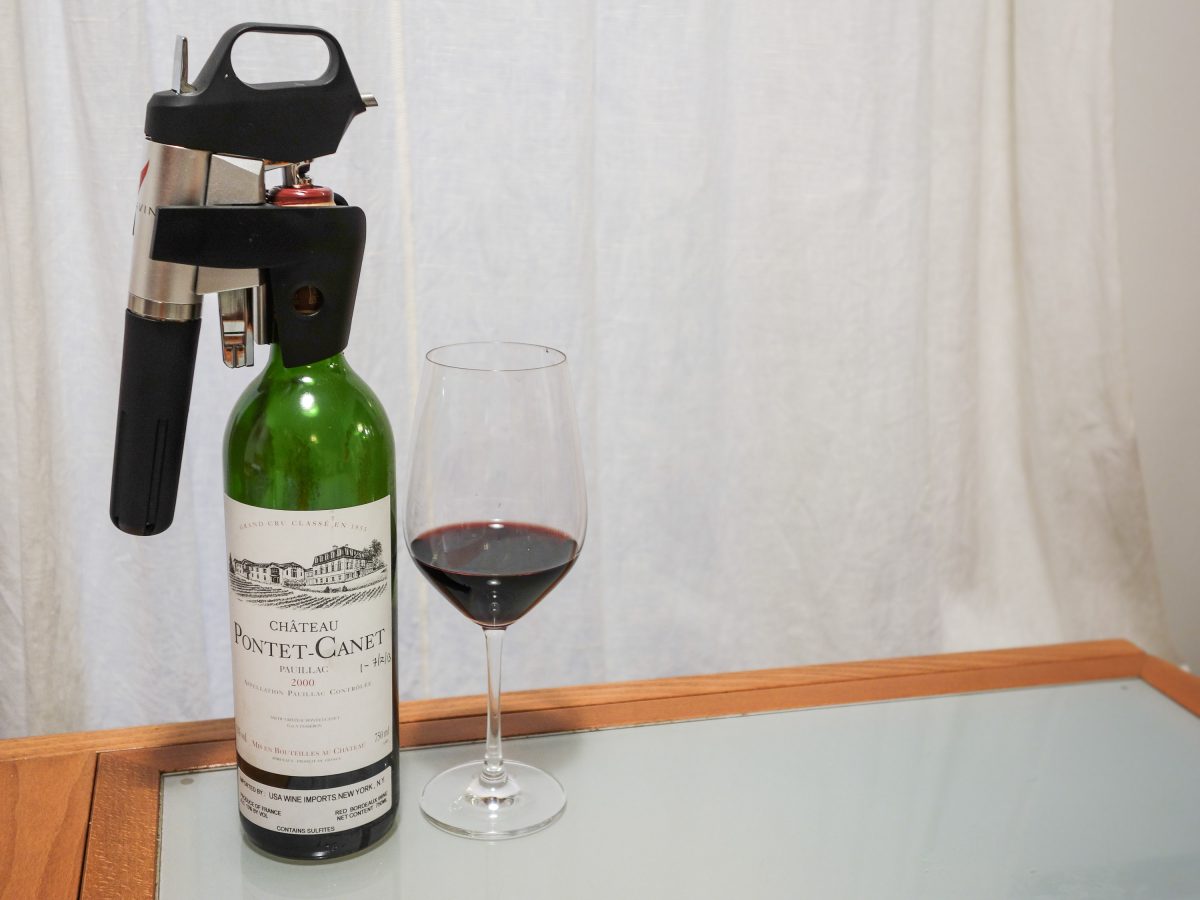 Pretty much all you need to know about Coravin boils down to this. I’m sitting at my kitchen table, enjoying a glass of 2000 Pontet-Canet from the same bottle that I opened 63 days ago and it tastes exactly the same as it did when I first opened the bottle.

Actually, to be perfectly accurate, I should say that the wine tastes exactly the same as it did when I didn’t open the bottle two months ago. Coravin has now afforded me two identical glasses of wine in that time without removing the cork or the metal foil from the top of the bottle. 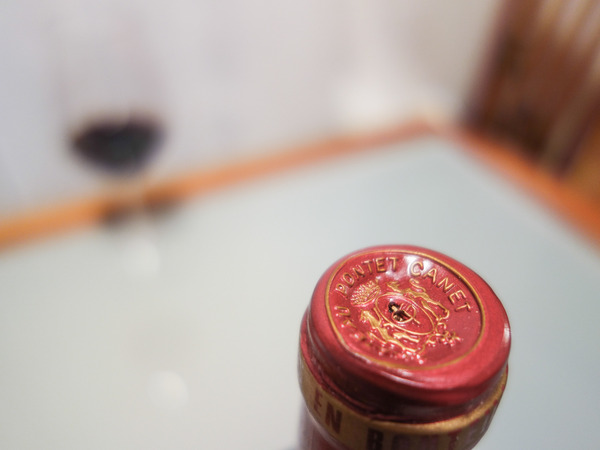 Coravin is the brainchild of medical-device entrepreneur and executive Greg Lambrecht, who used his background in vascular technology to dream up a device that allows you to pour wine from a bottle without removing the cork and, most critically, without exposing the wine to any air.

It is being billed as a “wine access system” by its inventor and as far as I can tell, it is poised to completely revolutionize fine wine service. The company’s web site proudly declares that the era of having to remove the cork from a bottle of wine is over, and that pretty much covers it. The existence of this device represents a threshold in the wine industry over which we have passed, and will never return. 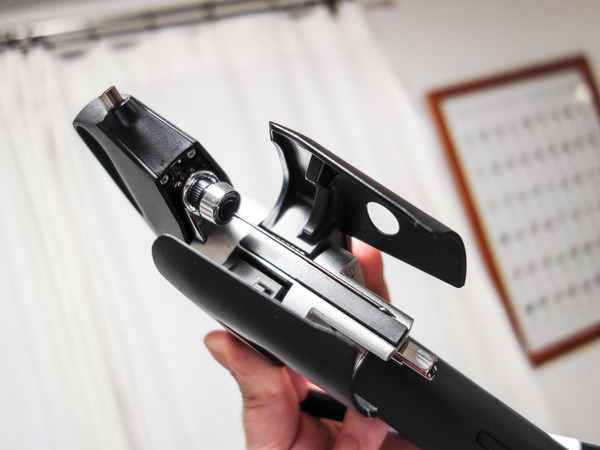 Coravin, like all the best technological innovations, makes perfect sense when considered in retrospect. Clamped onto the neck of the bottle, the device allows you to plunge a flexible, teflon-coated, hollow needle down through the foil capsule and cork into the bottle. Then with the press of a trigger, an attached cartridge of Argon gas fires and the incoming gas displaces whatever amount of wine you pour out of the bottle. A full three ounce pour takes about 3 trigger pulls in my experience.

When you’re done drinking — a sip, a glass, or half the bottle — you merely pull the needle out and thanks to its natural properties, the cork seals itself back up and you’re left with a bottle that can theoretically be kept indefinitely, and tasted over several occasions without exposing the wine to any air.

Does it work? I’ve tested it with perhaps a dozen bottles now over the course of several months, and as far as I can tell, it works exactly as advertised. None of the wines I have tasted had any detectable oxidation, regardless of whether I tapped them again a couple of weeks later, or two months later. My bottle of Pontet-Canet is back in the cellar again and waiting for another sip in a few months. 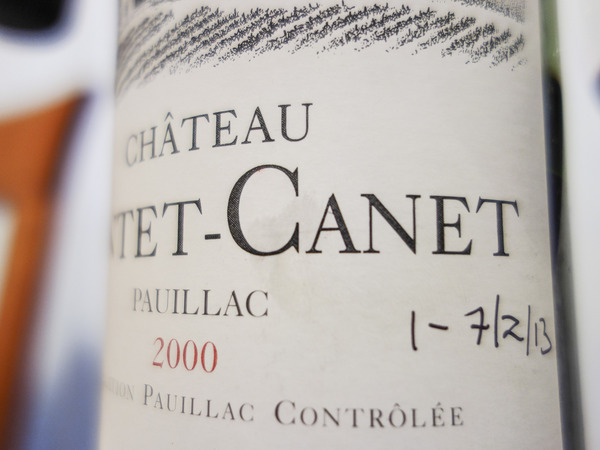 Is it perfect? Certainly not. It takes a long time to pour a single glass of wine. The gas bubbling through the wine from the needle stirs up any sediment that can occasionally clog the needle. It’s kind of a pain to clean. You can’t tell how much gas is left in the cartridge. Ergonomically it’s somewhat awkward to hold while pouring a bottle. It’s not clear whether the oldest of corks can handle being pierced once or multiple times. Some idiots have complained that the device doesn’t work with screwcaps or plastic corks or with sparkling wines, but those are ridiculous concerns. At $300, the device is also expensive for most people.

But none of that really matters. Because the damn thing works as advertised and wine drinking will never be the same in my house again. Compared to some of my fellow wine writers, I’m a fairly moderate drinker. Maybe that’s because I generally have to do a couple hours of work after dinner each night. Coravin now lets me pour a couple glasses of really excellent wine without worrying about when I’ll have time to finish the bottle. If my wife wants a glass of Riesling and I want a glass of Pinot Noir, no problem. If we’ve got another couple over and we’ve cooked a five course meal, I can easily do wine pairings without worrying about opening too many bottles. 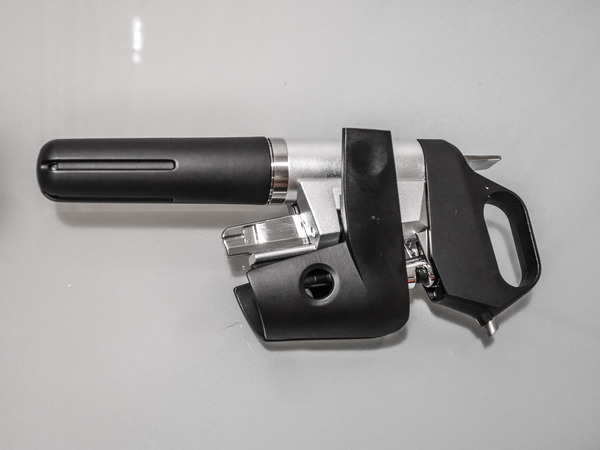 While Coravin has made a large impact on how I consume wine at home, that’s nothing compared to the impact that it is going to have in the marketplace. I don’t pretend to have imagined the full extent of its impact so far, but here are a few places I believe Coravin will fundamentally change the game.

Restaurant Wine Service
Imagine being able to order a glass of any wine that a restaurant has on its list. Sure, walking into Le Bernadin and getting a glass of 1920 d’Yquem to go with your Turbot will cost you a pretty penny, but damn, you can actually do that now! Wine directors have been snapping up Coravins even before the device was ready for prime time. Now at Del Posto in New York you can pay $30 for a 3-ounce pour of 2010 Valentini Cerasuolo Rosé, which is as close to a bargain as Del Posto is ever going to get. Theoretically, no bottle in the cellar need be off limits. Wine pairing menus can have five different levels of pairings, from the ordinary to the extraordinary.

Auction and Authentication
While I’m sure the auction market will be somewhat slow to adopt it, Coravin could mean no one need buy a crappy or counterfeit bottle of wine ever again. All bottles of fine wine to be sold at auction could be tasted in advance to ensure that they are sound, and that they are likely what their labels suggest they should be. While it may sound impractical, tell that to the guy who’s about to drop $5000 on a rare magnum of Petrus. Those who make their living doing wine authentication just got a major new tool in their toolbox, and everyone who has ever bought a bummer bottle at auction should be writing their local auction house demanding the option to sample expensive bottles before handing over cash. Of course, now we’ll need to make sure we’re distinguishing between wines with a fill level due to evaporation versus those that are just missing a glass or two.

Wine Preservation Systems
These guys must be quaking in their boots. I see no reason to ever use any of those other gadgets ever again. From vacuum systems (which generally suck) to those featherweight cans of inert gas (which involve a lot of waste, and don’t work as well) to the incredibly expensive installed gas-delivery and pouring systems that many restaurants have recently begun to use, they’ve all been rendered obsolete or at the very least much less relevant.

Coravin was released for sale in July of this year, after going through 23 different prototypes over a period of more than five years. During that time, Lambrecht was busy drinking his cellar one glass at a time through a little needle. He claims to have more than 600 bottles in his cellar that he has tapped with the device, some of which he has been drinking from for more than five years. In a video made with critic Robert Parker on his web site, the two can be seen enjoying a bottle of Chave Hermitage Blanc that was first opened years before, which Parker proclaims giddily tastes as fresh as a newly opened bottle.

While I haven’t personally had the opportunity to taste bottles accessed over the span of years, and will admit to a certain amount of skepticism as to their performance over that time span, even if Coravin preserves a wine perfectly for half that time it has lived up to its promise to revolutionize the way wine gets sold and consumed, both in public and private.

I’ve never written a product review on Vinography because I’ve never met a wine accessory that was worth writing about.. But there’s a first time for everything, apparently. Speaking of which, I think I’m going to go have a glass from my last bottle of ’98 Poggio di Sotto Brunello.

Buy your own Coravin here.

Full disclosure: I received a trial device from the manufacturer to play with, but I have no financial or other relationship to the company. 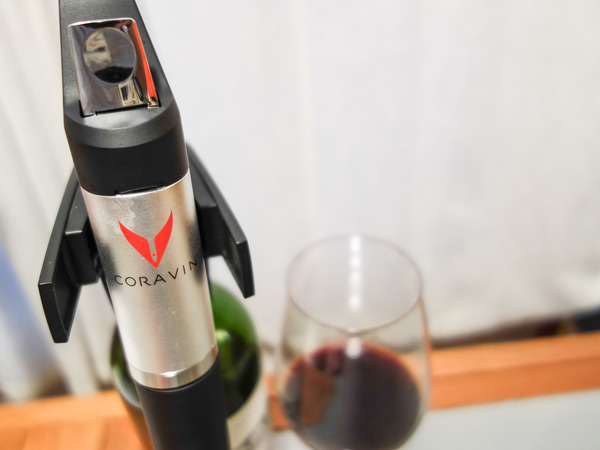