Finding Treasure in the Wine of Vienna 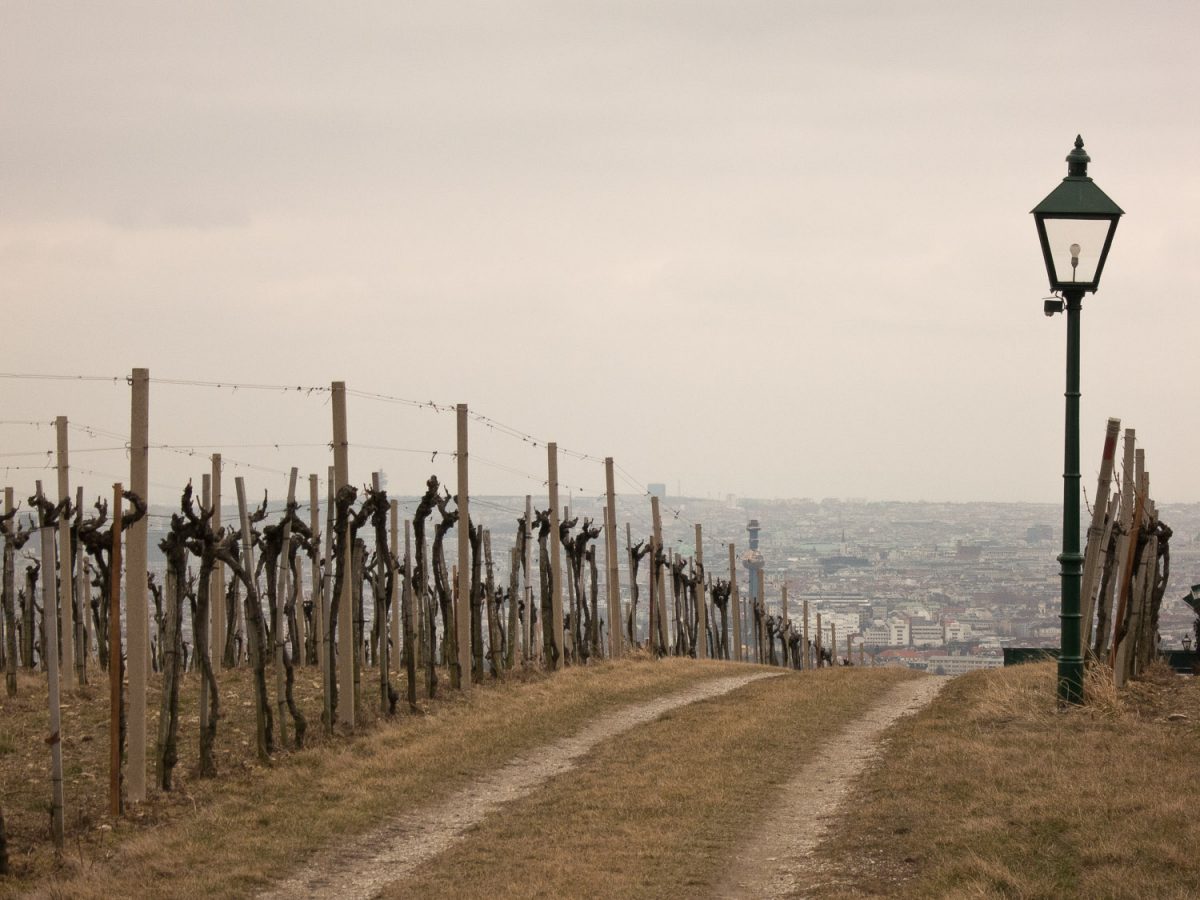 The streets of Vienna are like nowhere else in the world. Culture all but oozes out of the cracks between the cobblestones that fill in the quaint plazas beneath houses once occupied by the likes of Freud, Thomas Mann, Mozart, and Beethoven.

But if music, literature, drama, and philosophy saturate the skin and flesh of the city, then it is wine that pumps through its veins. For Vienna is like no other major capital city in the world. The city limits themselves contain an entire appellation, so intimately nestled into the nooks and crannies of the city, that one can literally stumble upon vines when turning a corner.

A unique confluence of historical and cultural factors have made possible the coexistence of a city with 1.7 million residents, 1500 acres of grapes, and more than 250 producers of wine in a mere 160 square miles (or roughly two-thirds the size of San Francisco). 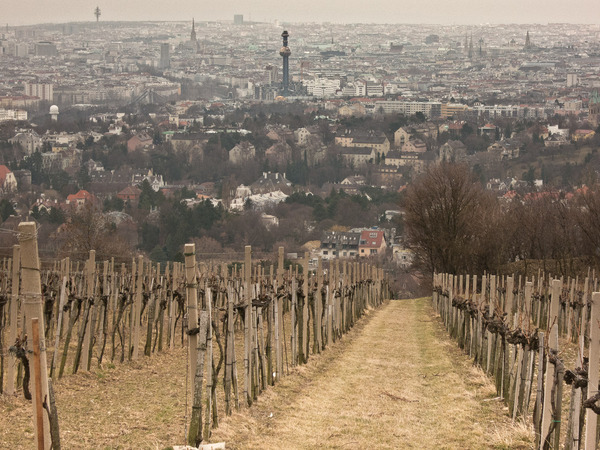 Wine is part of the very fabric of the city, both literally and figuratively, and achieves its expression in daily life through the institution known as the heuriger. These wine taverns are not only the social hubs of Vienna, they are also the sole means for all but a handful of the wine producers in Vienna to sell their product. Heurigen, by definition can only sell wine produced on the premises, and usually dispensed straight from tank to flagon. Because these taverns (which often feature live music and simple prepared foods) have remained a staple of Viennese life for more than two centuries, these hundreds of small wine producers have been able to make a living, and consequently, have not needed to sell their vineyards in order to survive in an increasingly urbanized world.

And what a treasure we have as a result. For Vienna and its heurigen are not only home to a vibrant wine culture and a bunch of vineyards, they are the keepers of one of the world’s most unique wines: Weiner Gemischter Satz.

The hills, nooks, and crannies of Vienna are chock full of vineyards unlike anywhere else in the world. Often containing very old vines (some as old as 150 years), these vineyards are planted to a dizzying array of (mostly) white grape varieties including Grüner Veltliner, Riesling, Traminer, Neuburger, Pinot Gris, Pinot Blanc, Rotgipfler, Zierfandler, Welschriesling, and Sylvaner. Some of the most acclaimed vineyards have up to 25 different grapes in them (including a few reds), which are all harvested together, crushed, and turned into the uniquely Viennese Gemischter Satz. These aromatic white wines, usually dry, though with an occasional hint of sweetness, offer a technicolor spray of aromas and flavors that dazzle and delight. 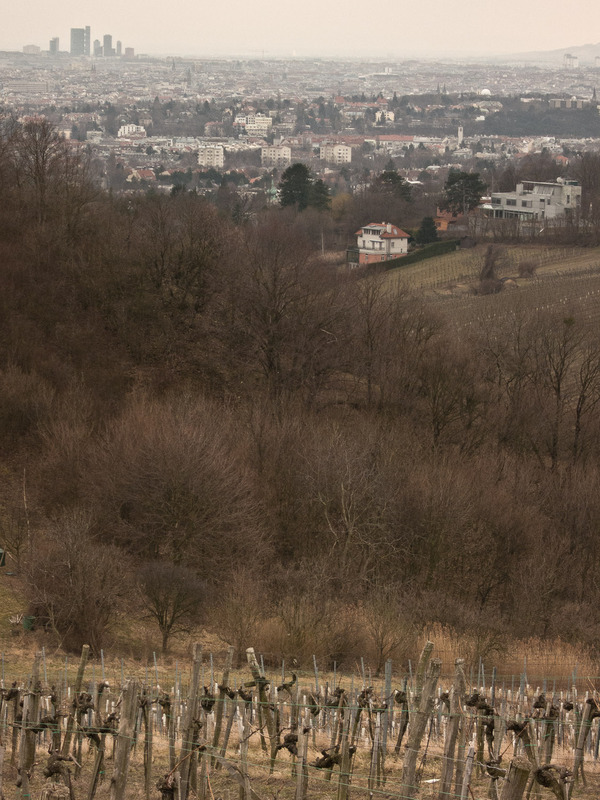 If you’ve never had a Gemischter Satz, you’re missing out, and if you’ve never heard of Gemischter Satz, then you’re in luck. Earlier this summer I wrote what I believe to be the most authoritative English-language article on Gemischter Satz ever published for The World of Fine Wine. It represents my love song for one of the world’s most special wines, and includes extensive tasting notes on all the major producers who export their wines.

On August 19th of this year, Weiner Gemischter Satz became the ninth appellation to be awarded DAC (Districtus Austriae Controllatus) status in Austria. Similar to the DOCG

designation of Italy, or the AOC designation in France, the DAC protects, regulates, and ensures the typicity and source of wines in Austria.

While there have been some formal and legal regulations in place for what can be labeled Weiner Gemischter Satz, the creation of the DAC cements into place a set of production standards for Gemischter Satz once and for all.

To be labeled Weiner Gemischter Satz DAC, a wine must be a field blend of at least three grape varieties from the same vineyard. One grape cannot make up more than 50% of the blend, and the third most plentiful grape must make up more than 10% of the blend. If the wine does not have a single vineyard designation on the label, it cannot have more than 12.5% alcohol and must taste dry without any signature of oak aging. If it carries a vineyard designation, it must be greater than 12.5% alcohol, must be held for release no earlier than 18 months following harvest, and need not be dry.

Wines can begin carrying this DAC label starting with the 2013 vintage.

The achievement of DAC status represents the culmination of efforts by a group of winemakers rallied together under the banner of Wien Wein, whose efforts to promote Viennese wine, and Gemischter Satz in particular have helped the wine rise from total obscurity to be the pride of the city. As recently as twenty years ago, the fine dining restaurants of Vienna would never have had a Viennese wine on their lists. Today, every decent wine list in the city features Gemischter Satz.

As well they should. Gemischter Satz is one of the world’s most unique wines, and when good, tastes like nothing else you’ve ever tasted.

Learn more about it, and then go out and buy yourself a taste of Vienna. Or better yet, hop on a plane and go experience the magic of the city of wine yourself. 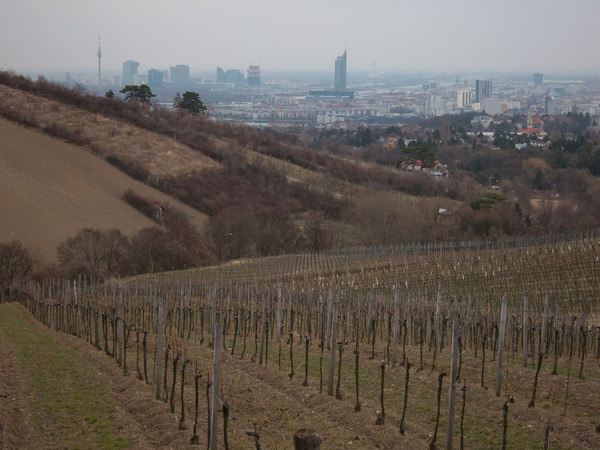