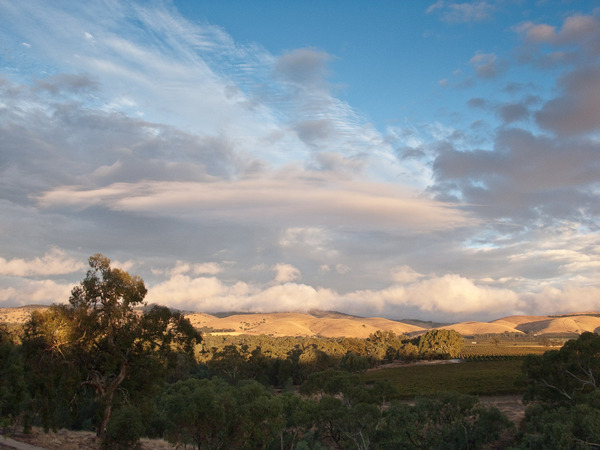 While many may argue about just which individual wine represents Australia’s finest expression of Shiraz, few could argue that when considering top producers of Australian Shiraz, Henschke shouldn’t be on the short list.
For more than 140 years, across five generations, the Henschke family has been growing grapes and making wine in a little corner of the hills surrounding the Barossa Valley. For the last 30 years, the winery has been run by Stephen Henschke and his wife Prue, with increasing help from their children.
The history of the Henschke family is in many ways the history of the Barossa Valley.

Stephen’s great-great-grandfather was one of the original Germanic (technically Silesian) settlers to the area who fled religious persecution and settled en-masse in the Barossa Valley. Johann Christian Henschke arrived in 1841, settling first in the Adelaide Hills area, and then later in the Barossa township of Bethany, where he helped source fruit tree cuttings and vine cuttings for the local community.
Eventually he bought property for his son, Paul Gotthard Henschke in the region that would become Barossa’s Eden Valley — a crumpled zone of geologic messiness that makes for rolling hills and small vales with lots of different soil types. Together they built a house, and then in 1860, a small stone winery, with the goal of becoming a fully self-sustaining homestead. They planted Riesling and Shiraz and settled down to continue the family line.
At one point there were six or seven small wineries in the little township nearby, but only one managed to survive the depression. And Henschke has been going strong ever since.
Like most Australian wineries in the 19th Century and the early parts of the 20th, Henschke produced sweet, fortified wines that were in demand around the world, and could easily withstand the hardships of export by sea without microbial problems. But in the 1950’s interest in dry table wine began to emerge in Australia, and Paul Gotthard Henschke’s grandson Cyril began experimenting with some of the old vine Shiraz on the property, which by that time were already 100 years old.
In 1952 Cyril made a dry Shiraz from his Mt. Edelston vineyard, and in 1958 he made the first single-vineyard wine from a vineyard named Gnadenberg, which means “Hill of Grace,” after the old Lutheran church which lies just across the road from the vineyard. Cyril would go on to be a pioneer of dry table wine in the Barossa Valley, and one of the winemakers responsible for the worldwide recognition of Australian Shiraz as a serious wine. And the Hill of Grace would go on to become one of the single most famous Australian vineyards, which it remains today — its own-rooted Shiraz vines now more than 145 years old. 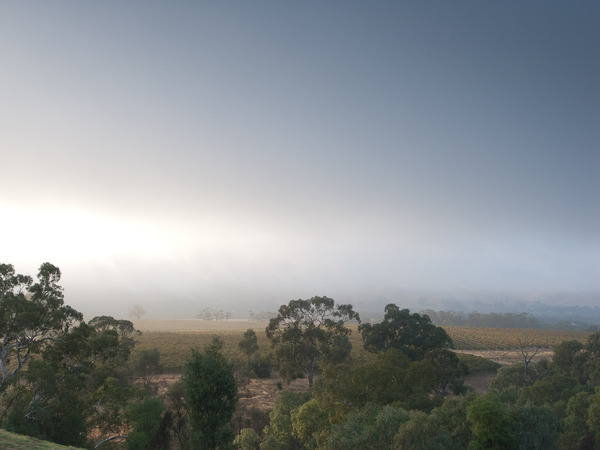 Stephen Henschke expressed interest in winemaking as a young man, and went abroad to study in Germany in the mid 1970s. He met his wife Prue there in a botany class. “She and her sister were great cooks. I was in the skin diving club and loved catching abalone, so I’d bring some over and there would be lots of good seafood to eat. We always had a bottle of wine nearby and we had a great time. At first we were just good friends, but as my study abroad was coming to a close, I realized I didn’t want to leave her behind,” says Henschke.
In addition to a lovely wife, Henschke also got a partner in wine. Trained as both a botanist and a zoologist, Prue studied viticulture and wine assessment in Germany, and has become the driving force behind the continual improvements in viticulture at Henschke for the past thirty years.
On their return to the family farm, and upon the death of Stephen’s father Cyril, the two put together a 10-year plan for their family winery that included everything from improving the quality of oak they used, to eventually eliminating the chemical fertilizers and pesticides used in their vineyards. Prue and Stephen are now on their third or fourth such plan, which will likely be implemented in part by one of their sons, Johann, who recently completed his winemaking studies in Montpelier, France.
To the extent possible, the wines keep getting better. The viticulture continues to move farther down the spectrum of sustainable, and in 2009 100% of the family’s vineyards were on track for organic certification, and were being treated with a number of biodynamic preparations. The winemaking continues to feature very little intervention, with open-top fermenters, ambient yeasts, no fining, and minimal filtration. Notably, Henschke used its last cork in the 2004 vintage. Every wine since has been bottled with a screwcap.
There are a number of historic winemaking families in Australia that have successfully continued operations from the 19th century until the present, but there are very few who have reached, and then held the heights of quality that Henschke continues to achieve. Their wines are highly recommended. 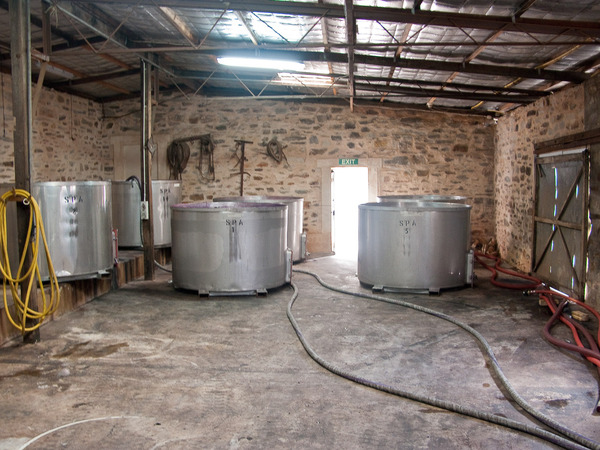 TASTING NOTES:
2012 Henschke “Lenswood Croft” Chardonnay, Adelaide Hills, South Australia
Pale gold in the glass, this wine has a wonderfully floral nose of cold cream, lemon blossom and lemon curd aromas. In the mouth, bright flavors of lemon curd, cold cream, and wet chalkboard are juicy thanks to excellent acidity. White flowers emerge in the finish to float through the mouth for a long time. 12.5% alcohol. Score: between 9 and 9.5.