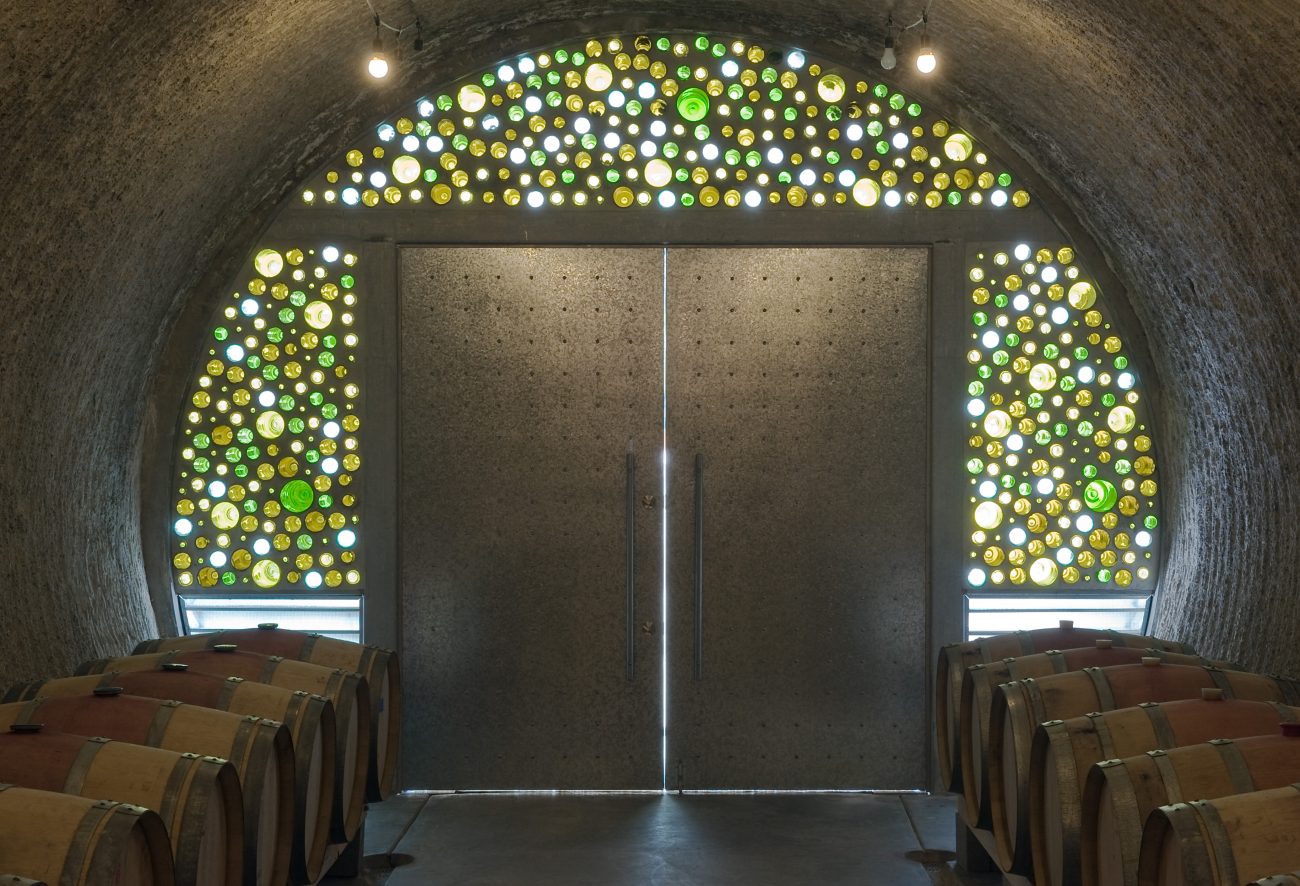 When Jeff Smith’s father moved the family to St. Helena in 1964, he wasn’t thinking about wine, he was thinking about real estate development. He was also thinking about the tiny trickle of tourists that were making their way up from San Francisco to visit Napa and then turning right around at the end of the day and driving back home since there weren’t really any nice places to stay. Without any real idea of whether it would work, he turned a beautiful old home into the Wine Country Inn, and very quickly learned the meaning of “build it and they will come.” The Inn ran at around 95% occupancy the first year it opened.

When the neighboring parcel of land came on the market, Jeff’s father snapped it up with the idea of building a home on it, and because he liked Zinfandel, he planted a bit of it on the hillside behind the building site in 1977. His way of thinking about the 4-acre vineyard was “landscaping that could pay for itself.” He gave most of the grapes to friends in exchange for bottles of wine made from them in return, and sold the rest. 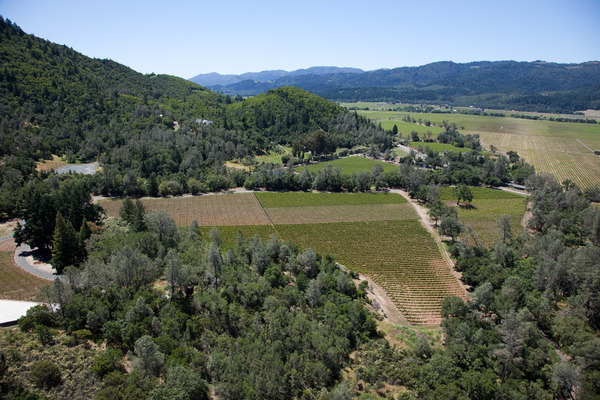 Jeff’s father passed away in 1990 and within a year, the vineyard succumbed to phylloxera, and had to be pulled out. Jeff’s mother was making ready to sell the property just as Jeff was getting interested in the wine business, but his entreaties to keep the property and replant to see if they could start a small winery weren’t convincing. As a last ditch effort, Jeff talked a buddy who was in school at U.C. Davis to get their top viticulture professor to come down and take a look. He did, and in the process of telling Jeff, his friend, and his mother that this was quite possibly one of the best Cabernet vineyard sites he had ever seen, he also pointed out that it sat at the narrowest point of the hourglass-shaped Napa Valley.

The vineyard, needless to say, was not sold. It was replanted to Cabernet Sauvignon, and enlisting the help of a family friend, winemaker Bob Foley, Jeff launched Hourglass Wine to nearly instant acclaim.

From that 4-acre vineyard, Hourglass produces about 600 cases of Cabernet Sauvignon that are snapped up the moment they are released to the mailing list, and thousands of people wait patiently for their chance to get on that list. 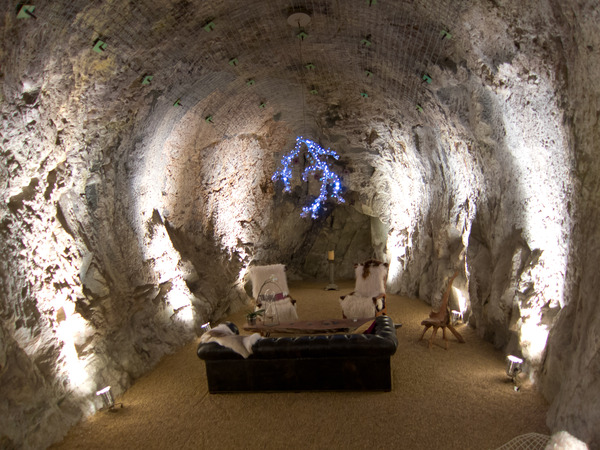 After a few years, Jeff and his wife Carolyn started thinking about buying another piece of land, but faced the difficulty of needing a vineyard that could both compete at the level of quality they already had, and that would be distinctive enough to merit being bottled on its own, as they had no intention of diluting Hourglass.

Over the years, they nearly bought several properties, but backed off each one when they got the feeling it wasn’t quite right. They looked pretty hard for almost three years, and gave up. Growing up in the valley, Jeff knew that the kinds of vineyards he wanted were not common, and all the examples he knew about were unlikely to be sold anytime soon, or for a price anywhere near what he could afford to pay.

But then one day, on his way to the dump in early December, he saw a For Sale sign on a piece of property he had driven by thousands of times without a second thought, and something clicked. Across the street from the famed Three Palms Vineyard, this piece of property sits at the neck of Dutch Henry Canyon, and defines the transition zone between valley floor and the hillsides above. Covered in alluvial gravel and cobble, the property is essentially an overlap of two alluvial fans created by the wanderings of the two blue line streams (year-round streams that are marked with blue ink on topographic maps) that drain the hillsides above. 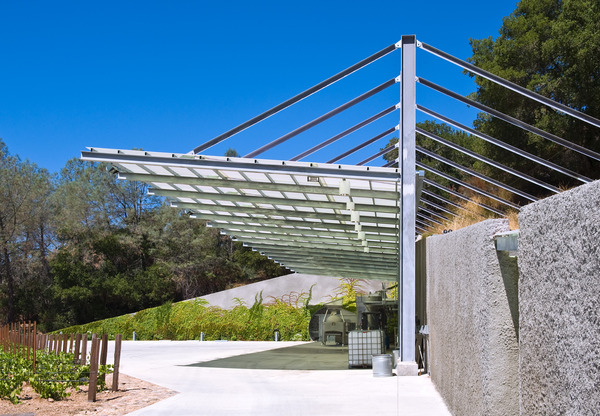 With the help of some investment from friends and family, the Blueline Estate was born, giving Hourglass its own winery facility for the first time, and offering a distinctive new set of vineyard designated wines. The Blueline property was replanted over the past 6 years, bringing about 22 of its 44 acres into full production.

The winery produces a Cabernet Sauvignon, a Merlot, a Cabernet Franc, and unusually, a Malbec. The estate recently began bottling a Sauvignon Blanc as well.

Until 2011 the wines were made by Bob Foley, but recently he has been replaced by Tony Biagi, who left Plumpjack winery to take over as winemaker at Hourglass. The wines below were my first taste of what Biagi is up to, and I’m pretty excited about the results, which are balanced and very pretty, especially considering Biagi is just getting to know the property. 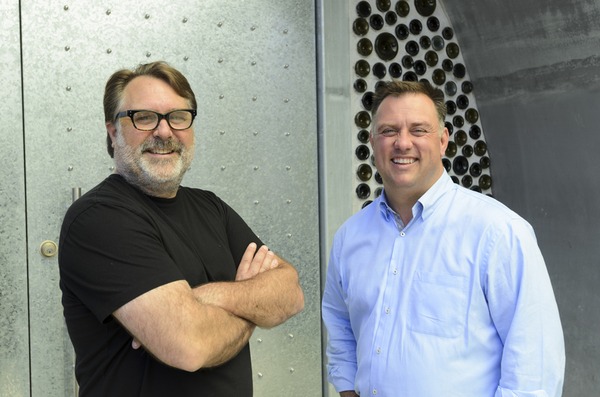 2013 Hourglass Sauvignon Blanc, Napa Valley
Palest gold in the glass, this wine smells of cut grass, green apple, and a bit of green melon. In the mouth, the wine has a wonderful balance between green apple and green melon flavors, and the hint of vanilla from a kiss of oak. Juicy acidity and excellent length. A tiny hint of bitterness and sweetness tussle in the finish. 14.2% alcohol. Score: between 9 and 9.5. Cost: $40. click to buy.

2012 Hourglass Blueline Merlot, Napa Valley
Dark garnet in the glass, this wine smells of bright plum and cherry fruit with an undercurrent of oak and mint. In the mouth the wine has a wonderful bright freshness and fantastic acidity that makes for a lean and mineral quality to the plum and black cherry fruit. The taut, very fine grained tannins have a kind of canvas-in-the-wind snap of a cool breeze. Long finish. 14.8% alcohol. Score: between 9 and 9.5. Cost: $75. click to buy.

2012 Hourglass Blueline Cabernet Franc, Napa Valley
Dark garnet in color, this wine smells of hazelnuts and green-herb-tinged cherry. In the mouth plush tannins have a velvety feel and wrap gently around flavors of black plum and cherry and chocolate. Notes of dark chocolate linger in the finish along with a bitter cocoa powder note. 14.8% alcohol. Score: around 9. Cost: $125. click to buy.

2012 Hourglass Blueline Cabernet Sauvignon, Napa Valley
Dark garnet in the glass, this wine smells of black cherry, green herbs, and a hint of dark earth. In the mouth, juicy black cherry and bright fresh cherry fruit are welded to very supple powdery tannins and a touch of wet loam. Juicy and fresh, but with a dark chocolate and cocoa powder finish. 14.8% alcohol.Score: between 9 and 9.5. Cost: $125. click to buy.

2012 Hourglass Estate Cabernet Sauvignon, Napa Valley
Dark garnet in the glass, this wine smells of black cherry and chocolate with hints of wet earth. In the mouth black cherry, cassis and a touch of oak blend beautifully with suede-like tannins. A smoky note emerges with some time in the glass. The finish is wonderfully earthy with cocoa powder and loam. 14.8% alcohol. Score: between 9 and 9.5. Cost: $125 . click to buy.