A First Taste of Idaho Wine 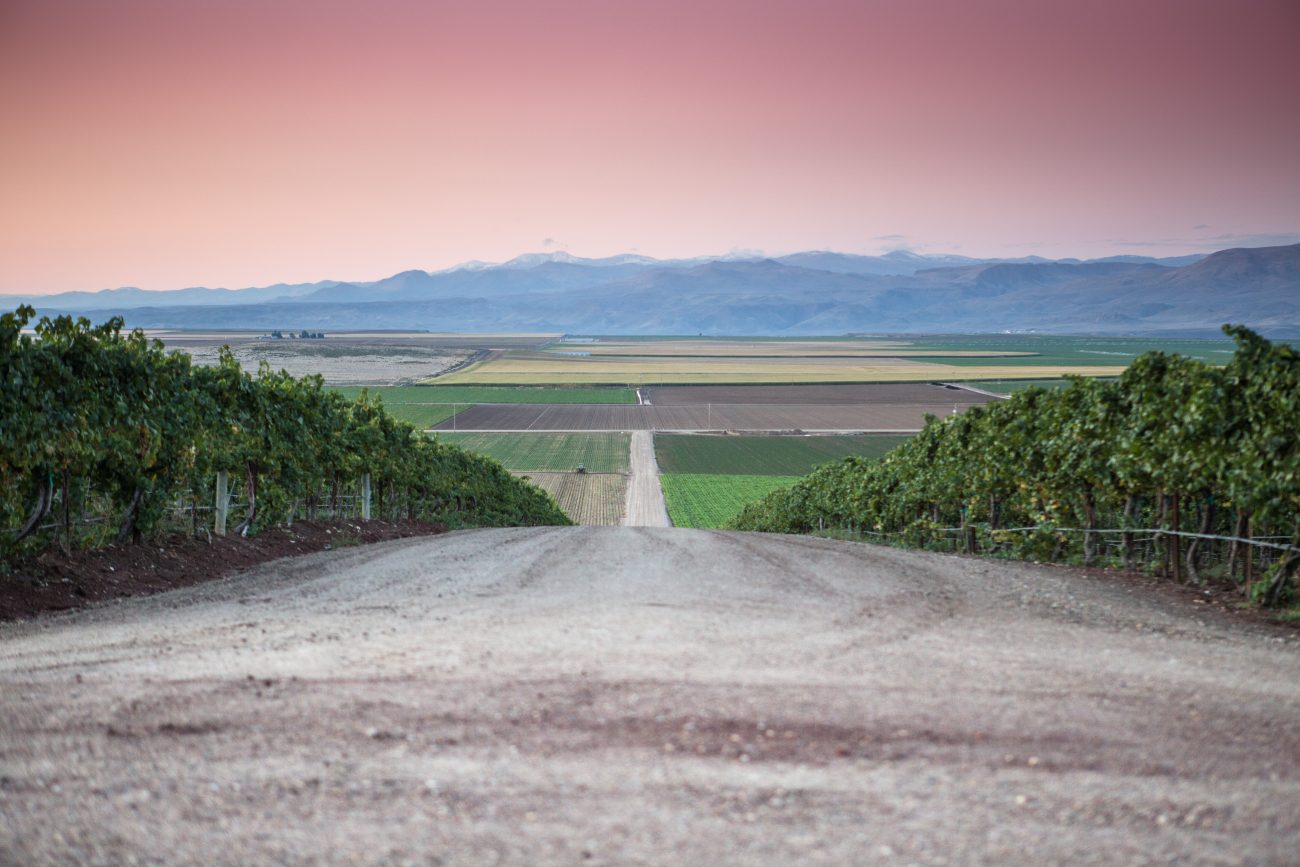 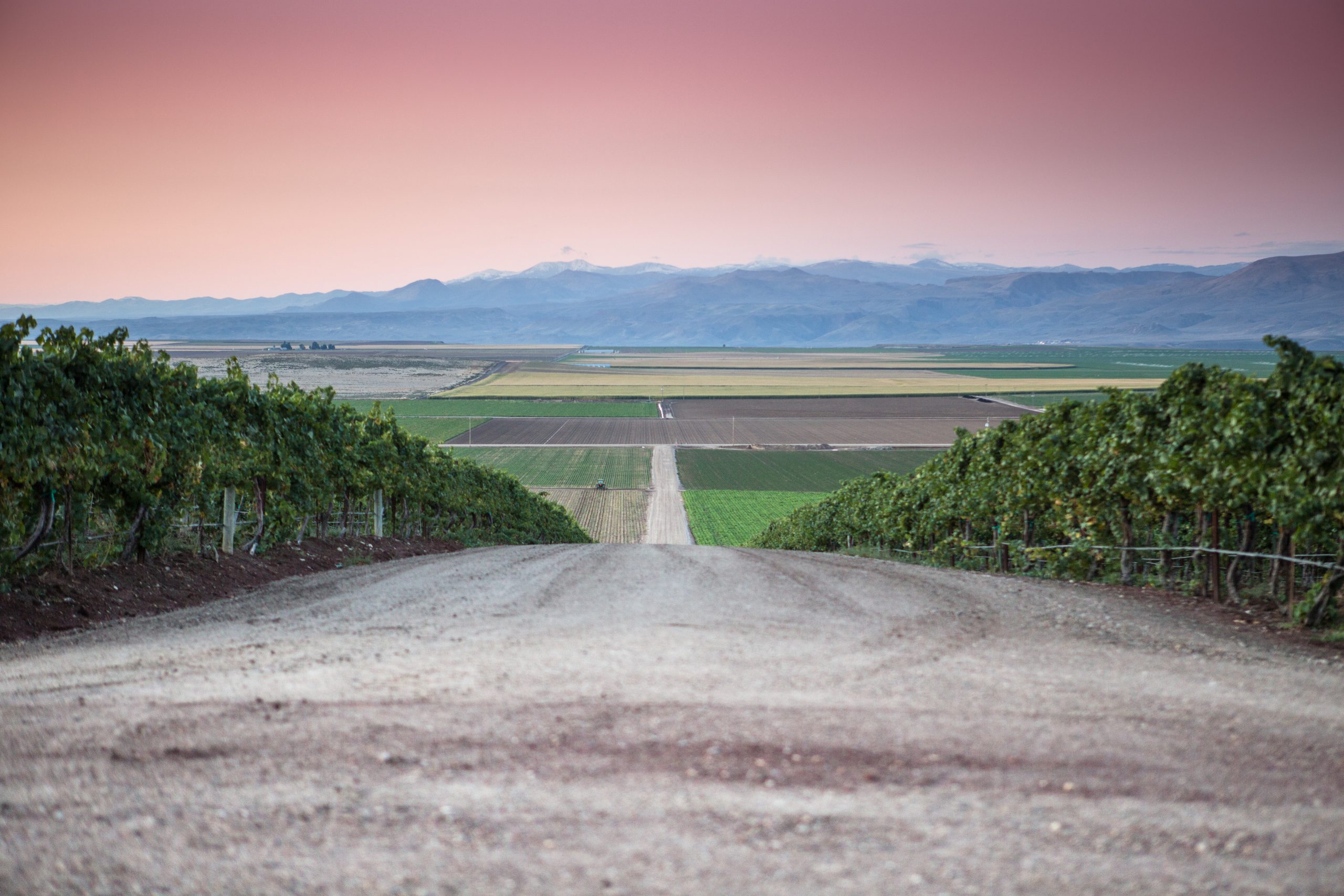 Wine from Idaho? Why not? Idaho’s climate and geology share many things in common with Eastern Washington State, a place that is making some pretty exciting red wines these days. Idaho’s first grapes were planted in 1864, and several wineries grew to prominence in the late 1800’s and early 1900s. Like in many places, Prohibition took its toll and wiped out the state’s fledgling wine industry. Idaho wasn’t planted with grapes again until 1970, but since then more than 50 wineries have sprung up around the state, and more than 1300 acres are under cultivation.

When a case of Idaho wines showed up on my doorstep a few weeks ago, I was quite interested to get a sense of what the state is up to, and what Idaho wine really tastes like.

So….how to put this? After tasting through the dozen wines that they sent me, I’m still not sure I know what Idaho wine tastes like. Mostly because the dominant flavor in all but two or three of the bottles I tried wasn’t fruit, or terroir, it was wood. Specifically, a shit-ton of new, most likely expensive, French oak.

And that, my friends, is a bit if a shame.

Like in many young wine regions (both here in the United States as well as around the world), the Idaho vintners whose wines I tasted seem to believe that the way you make a good wine is to buy lots of expensive barrels each year and make sure the wine spends lots of time in them.

Of course, when you’re just beginning a winery — as in your very first vintage — chances are you’re probably starting with a lot of new barrels, and that might play into the dominance of oak in some of these wines. But after 2 or 3 years you don’t have your newness as an excuse.

Not that there aren’t a bunch of wines in California or Oregon or Washington that suffer from the same general malaise, but certainly not to the same extent as these wines I tasted from Idaho. 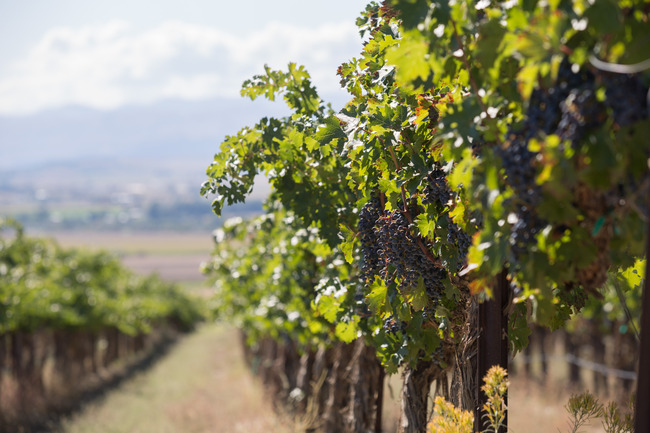 It’s hard to offer such criticism and to suggest I’ve seen this point in a region’s evolution before without sounding patronizing, not to mention overly negative. But I have seen this early obsession with and lack of subtlety for wood in both individual wineries in their beginnings, as well as in entire wine regions just beginning to play on a world stage.

Privately, I wonder if part of the explanation for this tendency has to do with the fact that many of the people who begin planting, farming, and making wine in newer regions don’t have a long experience in the wine industry, and therefore don’t entirely know what they’re doing when it comes to winemaking. They also don’t likely have the benefit of a long-standing community of fellow vintners, who not only might offer support and guidance to those newer at the game, but also provide wider examples of wines under different oak treatments (or, heaven forbid, with none at all).

Oak influence in a wine’s flavor profile isn’t merely a factor of how new the barrels (or oak chips and staves) are. Decisions about the toast levels of the wood; whether the wine ferments in wood versus just ages in it; the acidity, pH and other chemistry of the wine; and how long the wine spends in contact with wood all affect the degree to which a wine will carry an oaky signature.

If I was just starting a winery somewhere (which I’ve never done, and probably won’t ever do, so therefore can’t judge harshly) I’d really want to know first and foremost how my grapes, and the land they were grown on actually tasted. And that, at least to my mind, would mean dramatically reducing, or even eliminating oak influence in the wine to begin with.

On the other hand, there’s the question of making a commercially viable product. American consumers have certainly proven their appreciation for oak inflected wines over the years, so anyone concerned with selling their product would need to take this into consideration as well. In the case of Idaho, however, I’d say that it’s just been taken too far.

Nonetheless, these wines from Idaho did show some redeeming features, namely that the climate certainly seems capable of producing wines with freshness and bright acidity, and that some people are trying for as much.

I was also fairly impressed with the two Tempranillos out of the bunch, in particular the Tempranillo from a winery called Cinder, run by winemaker Melanie Krause, who spent five years making wine at Chateau Ste. Michelle in Washington. But the other Tempranillo from Sawtooth Winery was pretty good as well. Both were quite varietally true in their flavor profiles, and each managed to have a nice balance between tannins, acidity, and fruit.

I also think it pretty likely from this limited tasting that the red Bordeaux grape varieties will make pretty nice wine in Idaho once the oak usage gets under control. There weren’t enough Rhone varieties on offer to tip my opinion one way or another. And while I wasn’t a huge fan of either Riesling that was sent along with this bunch, one of them was certainly in the right zone when it came to the general flavor profile you’d want from a Riesling, so I’ll be looking to check out more when the opportunity arises.

Having the opportunity to check out new wine regions has always been one of the great pleasures of enjoying wine, and I really enjoyed my little excursion to Idaho via a few bottles on my doorstep. While I wasn’t bowled over by the wines, there were enough glimmers of hope in the bottles I sampled to keep me on the lookout for the next opportunity to taste some more.

Here are my notes on all 12 bottles sent to me by the Idaho Wine Commission.

2012 Keonig Vineyards “Williamson Vineyard” Viognier, Snake River Valley, Idaho
Palest greenish gold in color, this wine smells of canned peaches and apricot jam. In the mouth, canned peaches and apricots mix with hints of honeysuckle. The wine doesn’t have enough acidity, so the nice silky texture ends up being more syrupy than anything else. Alcoholic heat washes through the finish. Unbalanced. 14.9% alcohol. Score: between 7.5 and 8. Cost: $15

2012 Bitner Vineyards Reserve Riesling, Snake River Valley, Idaho
Palest greenish gold in color, this wine smells of pears, wet chalkboard, and green apples. In the mouth, juicy green apple and pear flavors have a bright lime quality and a sharpness that makes the front of the tongue a bit numb. Excellent acidity carries grassy and green apple flavors through the finish. A bit tart and austere, but varietally correct. 12.6% alcohol. Score: between 8 and 8.5. Cost: $??

2012 Clearwater Canyon Merlot, Idaho
Medium ruby in the glass, this wine smells of crushed roasted hazelnuts and new oak. In the mouth, what would have been pretty and sweet plummy fruit is all but obliterated by new oak. Good acidity but a darn shame. 13.7% alcohol. Score: around 7. Cost: $??

2010 Arena Valley Vineyards Red Blend, Snake River Valley, Idaho
Medium to dark garnet in color, this wine smells of new oak and red berries. In the mouth, juicy and bright strawberry and raspberry fruit is overshadowed by the flavor of oak. Despite this, however, the wine’s juicy acidity and fine grained tannic structure make for a pleasing mouthful. Just needs less wood. A blend of 55% Grenache, 35% Syrah, and 10% Mourvedre. 13.9% alcohol. Score: around 8.5. Cost: $??

2012 Cinder Tempranillo, Snake River Valley, Idaho
Medium garnet in the glass, this wine smells of cherry and cedar and forest floor. In the mouth, the wine has a wonderfully velvety tannic musculature that supports flavors of cherry, sandalwood, cinnamon, and forest floor. A very competent rendition of Tempranillo from Idaho. 13.5% alcohol. Score: between 8.5 and 9. Cost: $27. click to buy.

2011 Hat Ranch Winery Malbec, Snake River Valley, Idaho
Medium garnet in the glass, this wine smells of black cherry and a hint of new oak. In the mouth, peppy flavors of black cherry and new oak have a somewhat simple, dilute quality to them, but good acidity. Somewhat muted in character, but other than being somewhat oaky, there’s nothing particularly wrong with this wine. 13.4% alcohol. Score: around 8. Cost: $28.

2012 Huston Vineyards Malbec, Snake River Valley, Idaho
Dark garnet in the glass, this wine smells of cola and black cherry compote and raisins. In the mouth black cherry compote, raisins, and cola flavors take on an odd grapey, plasticky quality as they head towards the finish. Strange. 14.3% alcohol. Score: between 6.5 and 7 . Cost: $??.

2010 Fujishin Family Cellars “Amatino” Red Blend, Snake River Valley, Idaho
Very dark garnet in color, this wine smells of new oak, forest floor, dark berries, and herbs. In the mouth, the wine has a savory complexion, with crushed herbs and new oak blending in the mouth as drying tannins match a nut-skin quality in the finish. With more time in the glass, the oak begins to overpower the fruit. A blend of 92% Syrah, 5% Viognier, and 3% Petite Sirah. 14.6% alcohol. Score: between 7.5 and 8. Cost: $22.

2012 Sawtooth Winery “Trout Trilogy” Malbec, Snake River Valley, Idaho
Dark garnet in the glass, this wine smells of blueberry jam and black cherry fruit. In the mouth, black cherries and blueberries mix with a lightly bitter herbal and wood character. Tight but faint tannins grip the edges of the mouth. Good acidity and length, but the bitter character seems to make the wine more narrow and less forgiving than I would like. 14.6% alcohol. Score: between 8 and 8.5. Cost: $??.

2012 Sawtooth Winery “Classic Fly Series” Tempranillo, Snake River Valley, Idaho
Dark garnet in the glass, this wine smells of red berries, oak, and cocoa powder. In the mouth, red berries, cherries and forest floor notes are somewhat drowned out by the flavor of oak. Fine grained, muscular tannins and good acidity mean this wine will likely improve with some time, and the oak influence will likely mellow a bit. 13.5% alcohol. Score: around 8.5. Cost: $??.