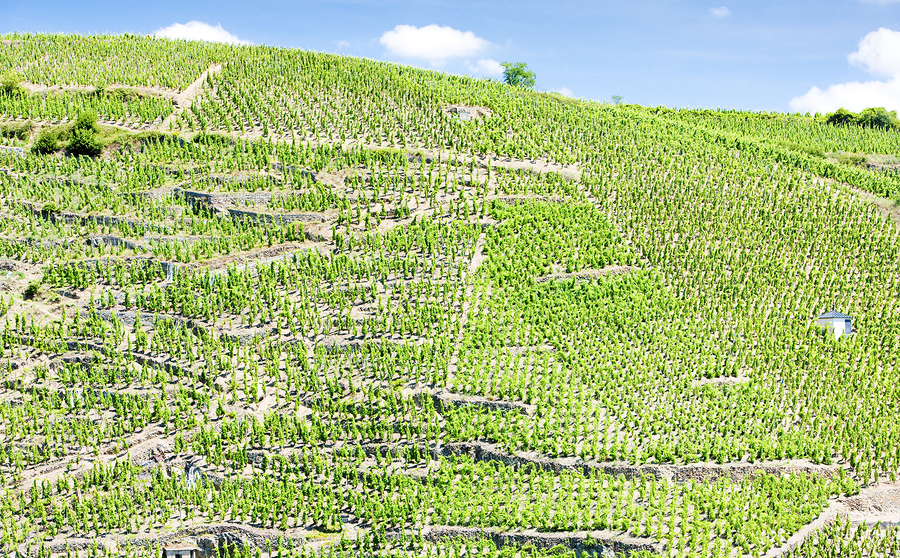 Some time around 200 BC, Romans moved into the northern Rhône and brought vines with them, making the Rhone Valley one of the oldest places with a French wine heritage. The wines of Côte Rôtie were being shipped to England by at least the 1700s, and enjoyed some international popularity in the 18th century.

Côte Rôtie, roughly translating to “Roasted Slopes” receives a lot of sunlight, but also submits to the risk of fog and possible damage by the fierce and relentless mistral wind. The mistral wind is a pretty serious force of nature. When you combine the mistral wind with another feature of Côte Rôtie– incredibly steep slopes — you get vineyard work that is difficult and dangerous. The steep areas can also fall prey to erosion, an environmental condition that many people try to fend off with stone walls and terraces. 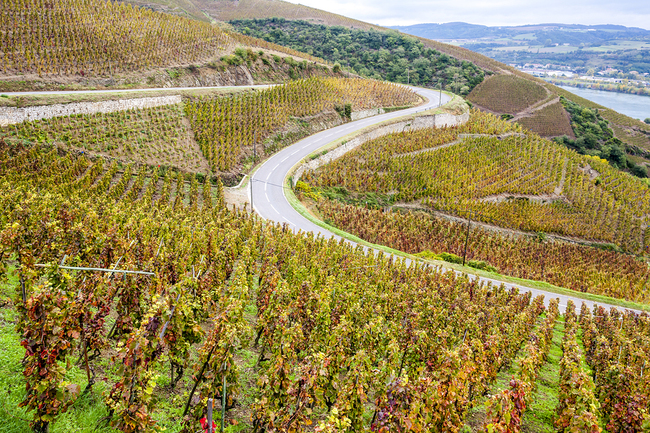 Here you’ll find granite and schist soils, which define Côte Rôtie’s two subregions: the Côte Brune and the Côte Blonde. The Côte Blonde is generally considered to be more elegant, while the Côte Brune is seen as making more powerfully structured wines. Historically, they’ve been blended together, but more recently, producers have been bottling single vineyards to great success, in particular, the vineyards of La Landonne, La Mouline, and La Turque. These vineyards, plus a couple of others have colloquially become known as the LaLas. Here, you’ll find syrah almost exclusively, though producers may blend in up to 20% of viognier.

The perception of Côte Rôtie has dramatically changed over the last three decades. In the last 35 years or so, the vineyards plantings have just about doubled, and the prices have increased even more, and this is a good thing. In the past, the wines, in general, were not receiving enough financial appreciation to cover the extreme vineyard conditions and low yields. As people pay more for wines from this region, producers can invest more in their wineries, and we’ve seen this translate to an increase in quality. It’s also been interesting to see how the shift toward single vineyard bottlings that express singular personalities have changed the market for Côte Rôtie. Stay tuned to hear the details from one producer who has truly led the transformation of this region.

Images of the Cote Rotie courtesy of Bigstock.