Warm Up: Wine and Opera 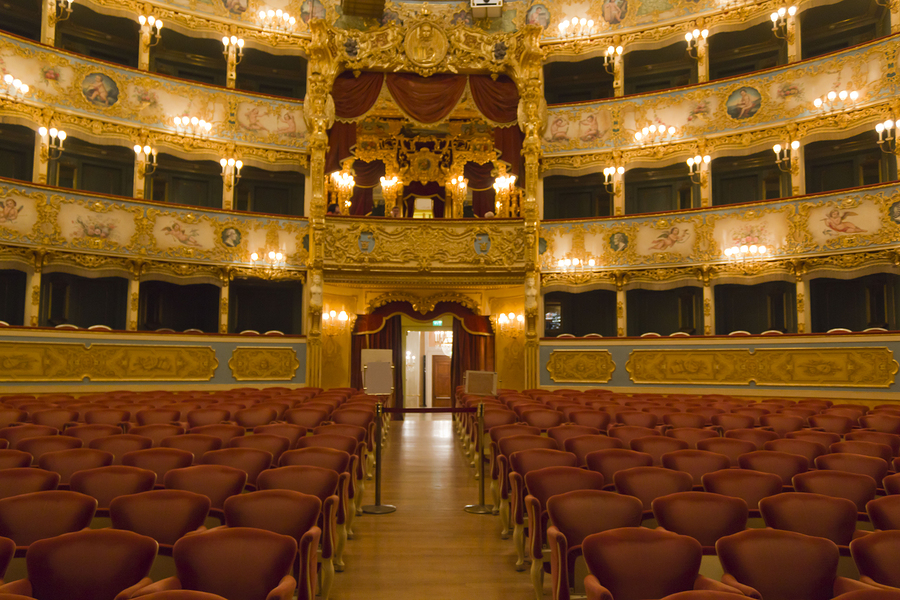 The opera form, which can be considered a synthesis music and literature, arose in cosmopolitan cities such as Milan, Vienna, Paris, Florence and Dresden — all places where wealthy nobles and merchants who had money could commission operas to be performed. Also, consequently, all places where wine drinking is a fundamental part of culture, and places where wine growing regions abounded nearby.

The topic of wine can be found in many operas, and throughout the genre you’ll find scenes in pubs or parties where the opera characters are imbibing, and often singing about wine and its effects.

Mozart incorporated wine into his operas. In Don Giovanni (1787), the main character Don Gionvanni sings a song about planning a party in which everyone will get “hot headed with wine,” which will then aid the success of his flirtatious advances at the party.

But wine wasn’t always a tool that worked in the favor of the main characters.

In Johann Strauss Jr.s’ 1874 Fledermaus opera, Champagne is blamed for all the trouble. After the main character, Eisenstein, gets into heaps of trouble with his wife, he sings a song, and some of the lyrics translate to

“Champagne was to blame,
for all we have endured today.”

One of the most well known opera songs of all time is the drinking song in Verdi’s La Traviata (1853). The song, entitled “Lets Drink from the Joyful chalices” is sung at a late night party when Alfredo is attempting to woo Violetta.

“Libiamo, Lets drink from the joyous chalices
since the beautifulness is blossoming,
lets drink,
love among the chalices will make our kisses warmer.”

Violetta joins him in the song, and they commence a brief relationship before things begin to unravel. 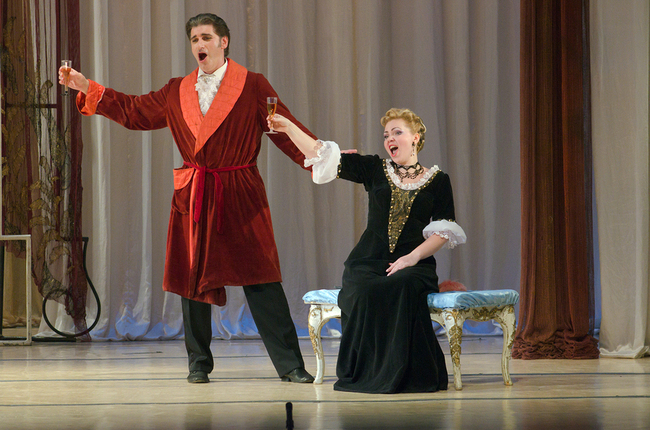 Later in life, Verdi writes several more wine-infused scenes in Falstaff, his 1893 operatic adaptation of some of Shakespeare’s writings. At the end of the second act, Falstaff is thrown into a river in a laundry basket, and later when he climbs out, he warms his spirits and his clothes with hot wine at a tavern.

These are just a few of many examples of wine appearing in the opera genre. But they demonstrate the many subtle ways that wine-as-culture can emerge repeatedly, with each performance around the world, and continue to influence us today. In opera, wine is usually used as a dramatic catalyst — a product that will have an effect on the scene and change the circumstances in some way. For Don Giovanni, things change for the better; for Eisenstein, his drunken revelries get him in big trouble with his wife; and for Alfredo, the drinking song helps him to win the love of Violetta.

Because of wine’s known ability to alter a person’s state, it becomes a useful dramatic tool in the world of opera. You might not believe that Alfredo can go to one party and win over Violetta in a short period of time — but add wine? It seems more plausible. You might not believe that Falstaff, after climbing out of a river, would go straight to a pub instead of a private room to dry off — but when he orders hot wine to warm up? It suddenly makes sense, and it’s kind of funny.

Wine turns up again and again in opera, and often is a very useful mechanism to move the plot forward.

Perhaps all this wine reinforcement in opera had something to do with one sommelier, in particular, who moved from an opera singing career over to the wine business… Keep listening to learn more…

Image of the La Fenice Theater and a performance of The Bat courtesy of Bigstock.