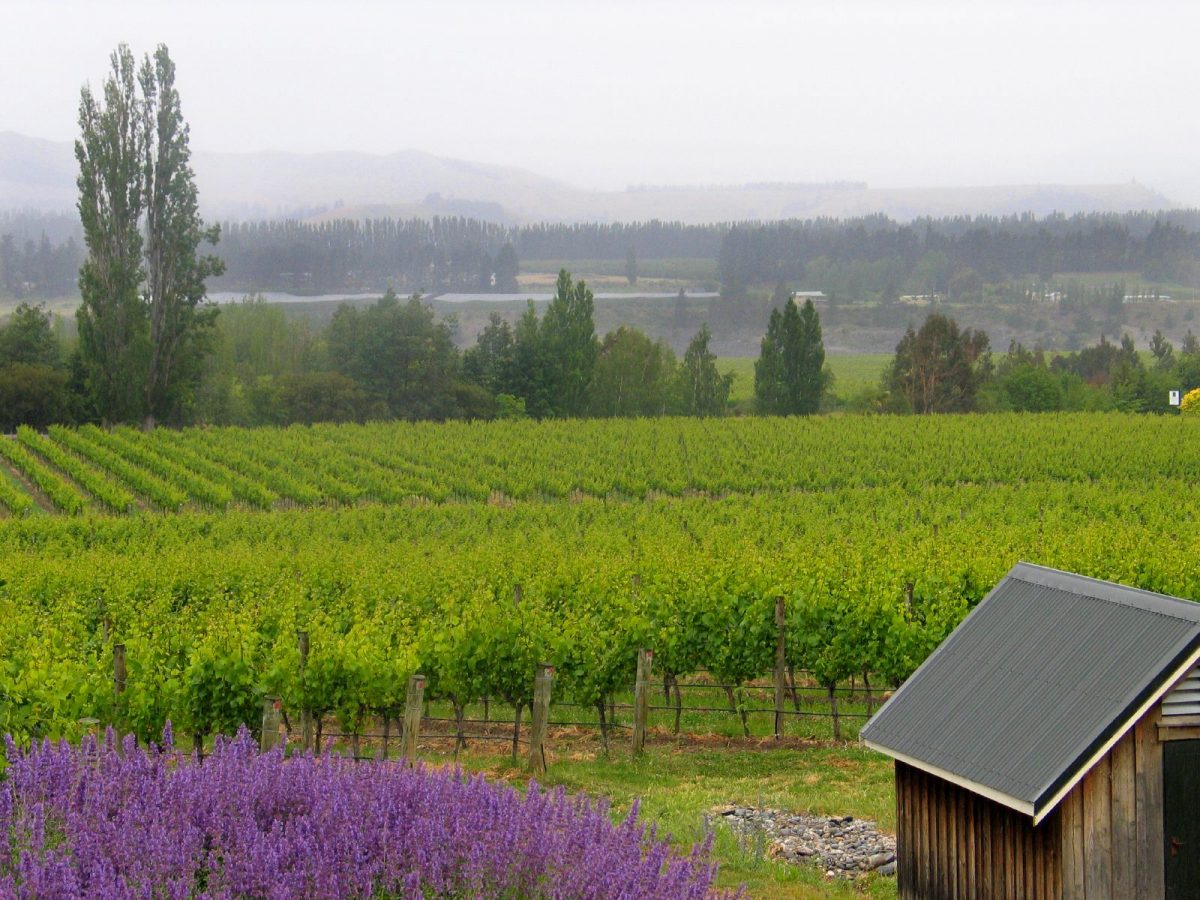 New Zealand is one of the Earth’s newest landmasses — its geologic history is incredibly dynamic. New Zealand, close to its modern form, rose up from the waves about 20 million years ago. Compare that with Australia, where you can find rocks that are 3.8 billion years old.

But though today’s New Zealand came to be around 20 million years ago, its geological history spans back a bit farther.

What kind of animals lived on some of the earth’s freshest land? Well, New Zealand’s isolation and recent rise above water meant that most creatures wouldn’t be able to get there. Land mammals would be unable to swim the distance from Australia. Snakes couldn’t make the oceanic journey. Australian insects wouldn’t have made the journey either. But birds… birds could make the flight, and over time, New Zealand became an aviary haven, full of all sorts of birds. Without large mammal predators, many of the birds evolved over time and became extremely large and flightless.

At least 730 years ago, and maybe even earlier, the first humans most likely arrived by boat. They came from Polynesia, and built a society into a thriving Māori culture. Contact with European explorers occurred from at least the 1600s onwards. By the 1800s, New Zealand became a British colony, via the Treaty of Waitangi, a document that some view as a treaty between the British & the Māori, but others view as a document that facilitated the inappropriate seizure of Māori land.

Most of the big birds had died out by this time, and significant European influences on agriculture and trade had begun to determine the details of local economics. Britain sent James Busby to New Zealand under the official title of ‘British Resident.’ He set up a home and planted vine stock that he’d brought with him from Europe. Throughout the 1800s, missionaries as well as Dalmatian immigrants brought some early grapevines to New Zealand and grew wine grapes for their personal consumption. Early speculators determined that some parts of New Zealand would be ideally suited for wine production.

But by the 1950s, a temperance movement held back a wine culture. The movement didn’t last too long. In the 1960s, laws began to change, allowing pubs to be open later, and BYOB in restaurants.

The current chapter of New Zealand wine really beings in the 1970s, and over the last 45 years, an explosion of plantings and expansions has taken place.

One of the neatest things about the New Zealand wine scene is that — especially in comparison to other wine regions of about the same age (in particular the post-prohibition wine booms in California, Virginia, and other US states) — New Zealand has focused intently on regional identity, and has swiftly located key varieties that work in particular regions: Marlborough Sauvignon Blanc, for instance, and Central Otago Pinot Noir. Now, the landscape is not entirely monochromatic; each region grows other varieties too, but you see a focus that other emerging wine regions tend to lack. In a wine region this young, you usually see a decades-long process of hit and miss experimentation, whereas, in New Zealand, a clear picture of regional focus has come into play.

In Central Otago, for instance, the oldest vineyards are about at that time when they reach their second vine generation, where the oldest 30ish year old vines could start to be replanted with young vines, if necessary. In most 30ish year old wine regions, we’d still be identifying the proper varieties for the climate and soil. However, in Central Otago, they are light years ahead and are well on their way to identifying distinct subregions with unique traits. Central Otago is beyond identifying grape varieties that work there, and they are honing in on the best clones. The winemakers there have forged alliances and set up an exchange of ideas with other Pinot Noir producing regions in the world, such as Burgundy and California. 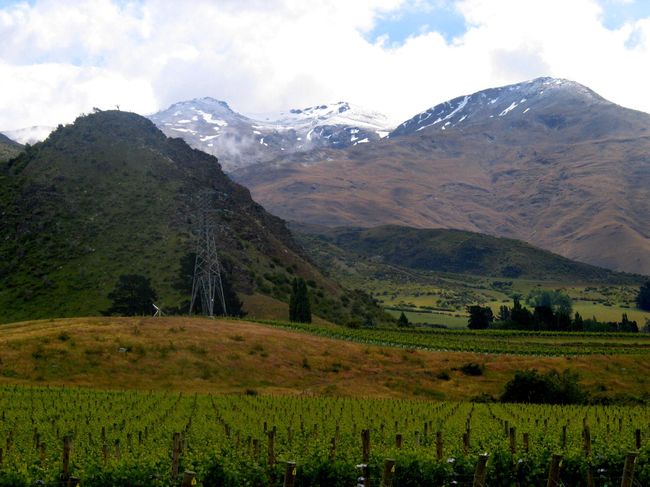 If we focus in on just New Zealand’s South Island, we’ll see this systematic, organized approach throughout the wine regions. The South Island is dominated by the Southern Alps, a mountain range that burst upward with geologically recent tectonic plate movement. The Alps are full of ragged, sharp peaks, not yet worn down by time and erosion. The Southern Alps march their way down the west side of the entire South Island, with relatively few east-west passages. Even in the Otagan Wanaka climate, which is fairly continental, you can look up on a hot summer day and see snow capped mountain in the distance. Because of these mountains, with the exception of Nelson, you’ll find just about all of the wine regions on the east side of the island, and usually near the coast.

In isolated Nelson, you’ll find Chardonnay, Sauvignon blanc, and Riesling on the plains and Pinot Noir in the hills. Just east you’ll come to Marlborough, where — as I’m sure everyone reading this can guess — Sauvignon Blanc reigns supreme. Head south about halfway down the island and you hit another wine hot spot: Canterbury and Waipara Valley. Here, you’ll find some of the world’s great Pinot Noir, as well as some pretty exciting Riesling. Continue southward and you’ll reach Central Otago, also known for Pinot Noir. Head toward the coast and you’ll reach the Waitaki Valley, which has some promising Pinot Noir and Riesling limestone sites seemingly out in the middle of nowhere.

The red grape that truly dominates the South Island is Pinot Noir, but this varietal focus produces anything but similar wines. Among the regions, you’ll find so much variation in Pinot Noir characteristics that you could go up and down the island for years tasting without getting bored. Teasing out the differences of Central Otago subregions is as interesting as comparing Pinot Noir from the Waipara flats to the higher elevation areas. Waitaki is doing its own unique thing based around limestone sites, and in Marlborough, some pretty awe inspiring Pinots can capture your imagination. Each region — though Pinot-centric — is different and intriguing in its own way.

In the US, it’s not always easy to try the great Pinot Noirs of New Zealand, especially in a side-by-side context, because there aren’t many places where you can find a large selection, and the best bottlings can be pricey after they’ve made the long journey. On most wine lists, you’ll find a token New Zealand wine these days, but often the ones at the low and mid-range price points are larger production wines. But the soul-stirring New Zealand pinots, though they be rare, and though they might be pricey or practically impossible to find, they’re out there, if you can get your hands on them. 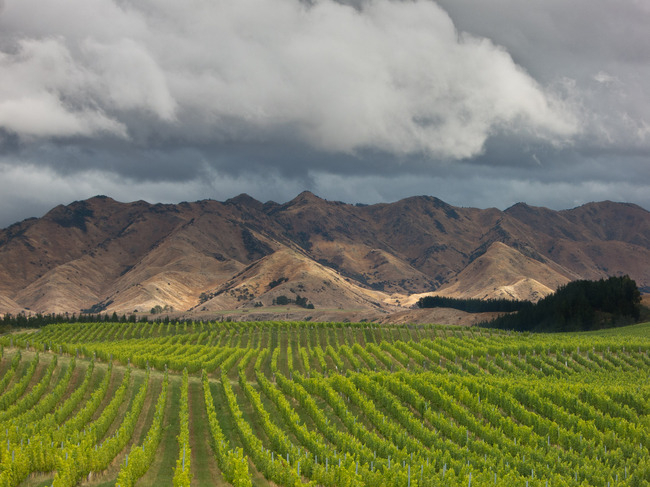