Warm Up: The Douro 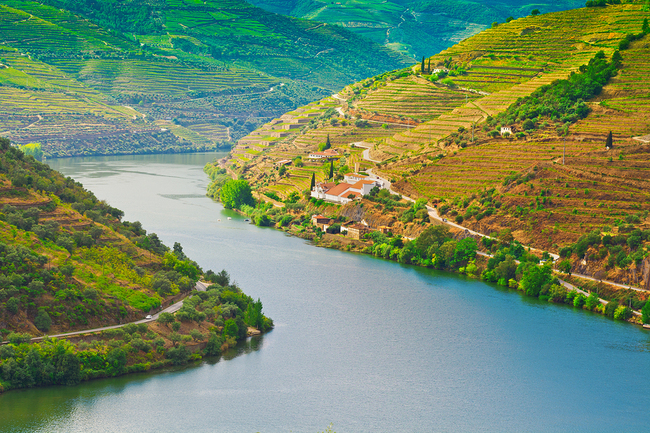 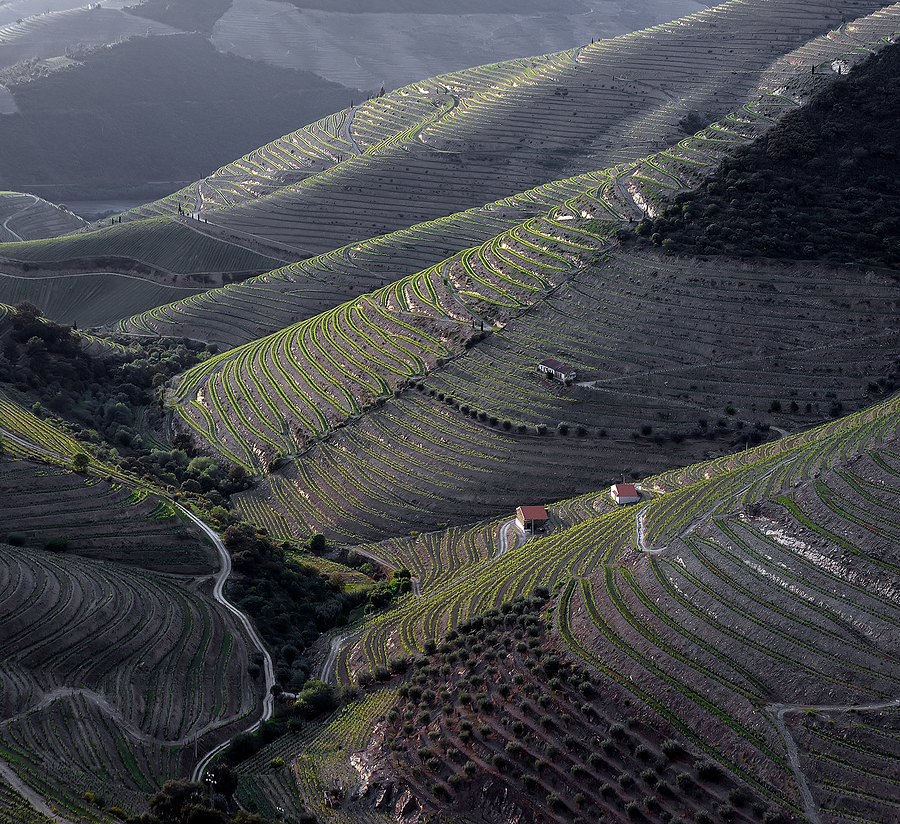 Portuguese Wine from the Douro Valley is inextricably linked with trade and the strategic location of the Douro River. From Oporto, the Douro’s mouth to the Atlantic, wines could be easily shipped to England.

The 1386 Treaty of Windsor initiated the strong connection between Portuguese and English trade. Strengthening the treaty’s meaning, Portuguese King John married Philippa of Lancaster, the daughter of an English Duke. The treaty and the marriage solidified relations between the two kingdoms, and specifically, merchants from both countries could conduct equal business in either country. Trade increased both ways, and within a century, established trade routes saw a pattern of wine shipments to England, and salt cod to Portugal.

A second treaty in 1654 decreased tariffs for English and Scottish merchants conducting business in Portugal.

Portugal again increased sales to England when it lost some competition from France due to politics. When Louis XIV’s minister restricted English imports to France, Charles II fought back by banning French imports in England. If France stifled England’s trade, England was going to do the same thing to France. This left a large gap in the wine market, and Portugal rushed to fill the drinking needs of England. Much of the wine traded during this time was a light, bright red from what is today the Vinho Verde region.

In the 1700s when French wines were once again allowed back into England, Portuguese wines still held an advantage because they were taxed less than French wines. The Portuguese wine business boomed. As business grew quite fast, some fraud ensued. Some people were selling wines that weren’t what they claimed to be, others were strengthening their wines with elderberries. Two market bubbles emerged: one inflated by a false sense of market safety and overoptimism because of England’s temporary lack of trade with France, and the second was a bubble based on bad practices: temporary increased demand fueled a wine trade based on quantity above quality. After a period of prosperity, the wine bubbles reached their bursting points around the mid 1700s, and the Douro found itself in some elderberry double bubble trouble. Sticky stuff.

Portugal’s Prime Minister, the Marquis de Pombal, stepped in with an iron fist to handle the crisis. He established government control over the wine trade, created a monopoly on port exports, regulated yields and prices, had the Douro region mapped out and Port regions demarcated, and he had all the elderberry trees ripped up within the demarcated zones to help stymie fraudulent elderberry use in wines. At this time, though some of the exports were fortified with a bit of brandy, most wines were dry red wines. Pombal’s actions cut short many of the privileges British merchants had enjoyed in Portugal.

Intense labor and dedication went into planting the banks of the Douro. Narrow, hand-built terraces had been arduously built, and they highlighted the schist and granite terroir. But the 1800s proved to be a wild ride for the Douro region. Two wars, plus phylloxera caused all sorts of problems, but these devastations were punctuated by periods of great prosperity. Despite the good times, some of the terraces abandoned in war and phylloxera have yet to be replanted.

Stylistic changes were also afoot in the turbulence of the 19th century. By the mid 1800s, fortifying port during fermentation had become customary after a successful sweet and ripe vintage of 1820. The availability of industrial glass bottles made it easier to bottle the wines and create a culture of aging vintage Port in bottles.

The Douro River was once one of the only routes to market, but the river’s fast-flowing waters and treacherous rapids could prove fatal to both person and cask. In 1780, a series of river-taming initiatives began to change the Douro River. First, a waterfall was removed at a strategic gorge, opening up easier trade to a whole new area. And by the early 1900s, dams along the river slowed the water’s speed and made the Douro a bit more tranquil. But… by the time the Douro River was easily navigable to facilitate massive loads of wine trade, sea transport had ironically become obsolete, and wine began to be shipped by rail and road instead.

Despite coming from such difficult-to-work terraces, Port wine has enjoyed centuries of intense popularity in Europe, Brasil, the United States, and now, the world. The products from the region include nutty aged tawnys, unique vintage ports that can handle decades of aging, and dry reds and whites.

Some of the older Port houses have fascinating histories. Stay tuned to learn more about one of them….