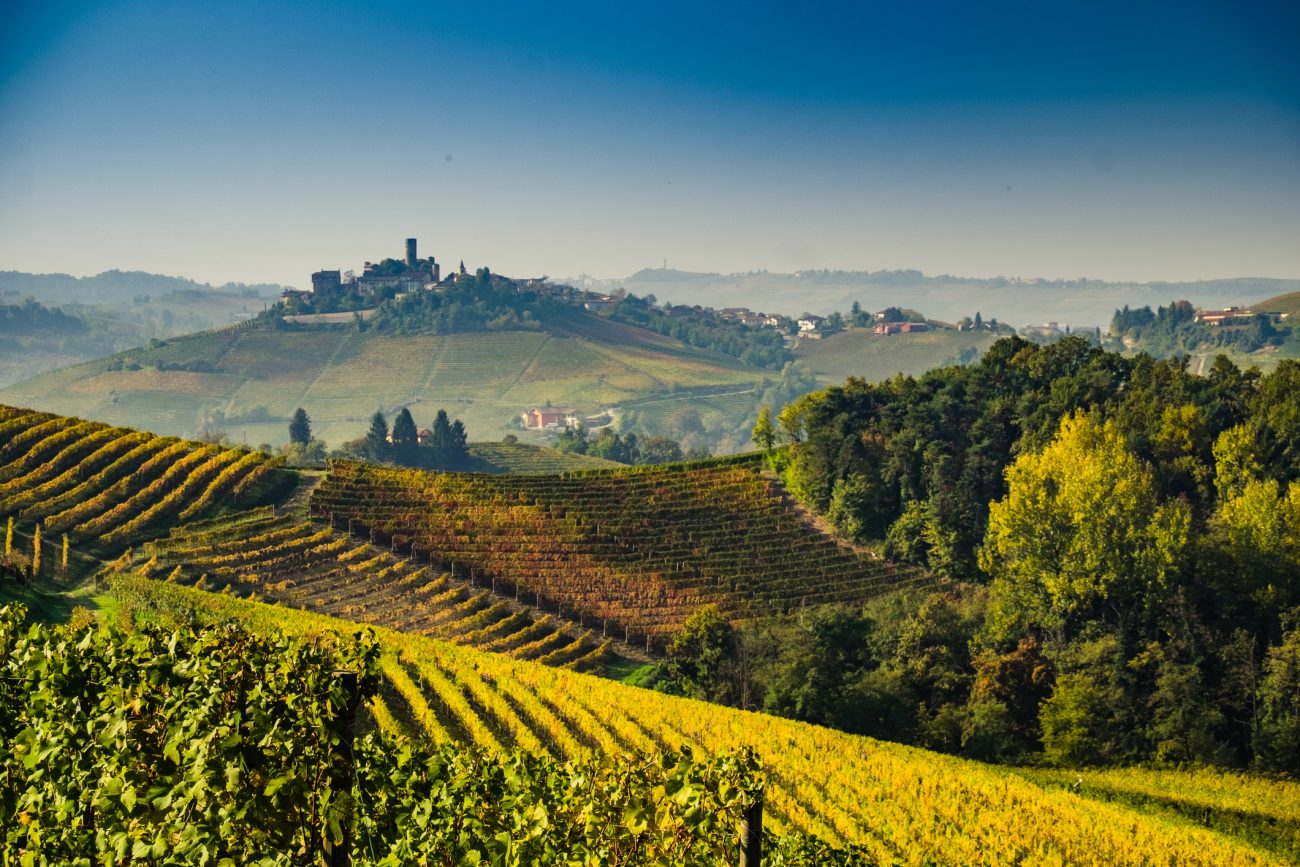 The grapes in Barolo have a foggy history — both literally and figuratively! There are hints of winemaking in this region as early as 1266, when the word “nibiol” appears on record, etymologically linked to a root word meaning “fog.” And it is certain that Nebbiolo was popular in the Langhe at least by the 1430s, and probably much earlier. In 1431, Nebbiolo was so important that a statute in the Statuti di la Morra noted that cutting down a Nebbiolo vine would dock you a high monetary fine.

In Barolo, the soil is ancient layers of marine sediment that present today as chalk, clay, and sandstone. To generalize, you’ll find mostly sandstone in the Serralunga Valley in the south and east, and more clay in La Morra to the northwest. In Serralunga d’Alba, you’ll find the oldest soil formations, and — coincidentally — the wines from this sub-region tend to better handle more age. The wines from the younger soils tend to drink better without extreme aging. Though, of course, there are always plenty of exceptions.

When Thomas Jefferson first tried Nebbiolo, he described it as “about as sweet as the silky Madeira, as astringent on the palate as Bordeaux, and as brisk as Champagne. It is a pleasing wine.” And there’s another famous Jefferson Nebbiolo quote — from a letter — that is often paraphrased. Most references to this quote indicate that Nebbiolo in Jefferson’s time was sparkling, but if you go back to the original quote, it seems that Thomas Jefferson is actually politely complaining to a friend who had brokered the sale. As I interpret the quote, his complaint is that one of the bottles was re-fermenting. He wrote,

“the single bottle of the 200 had probably been bottled too new. It had nothing of the Nebioule character but it’s sparkling. It had the excessive sweetness of new wine. I mention this to you because I know you were so kind as to pass on these parcels to me.”

Thus, some references to Jefferson’s sparkling Nebbiolo may be misinterpretations of this quote.

But in the 1800s, thought the wines weren’t generally sparkling, there definitely may have been a little sweetness present overall. Medals given to Barolos in the 1873 Global Exhibition indicated both a Barolo, and a Barolo Secco, so a movement toward dry winemaking was underway by this time.

Wine fraud was also underway. In the mid-1800s, Barolo wines were being copied and lesser wines were sold under the prestigious name. Local government initiatives to secure the prestige of the name began to foment.

Vineyards were formatted differently in the 1800s and very early 1900s, usually inter-planted with crops. Vine rows were spaced far apart, and the harvests of the various crops followed a schedule. First the wheat between the vines, then any grape treatments, then the grapes for the wine. Some older growers today who remember the old poly-agricultural layouts recall that the some vines suffer today, because the soil gets compacted now that the wheat is no longer harvested and tilled regularly between the vine rows. 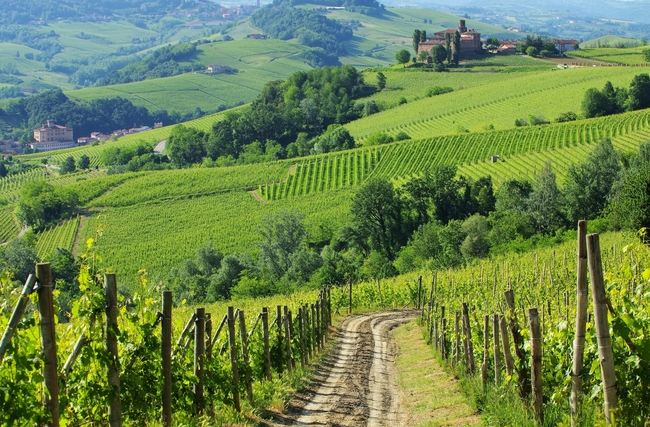 In the 1930s, phylloxera devastated the area. It had hit before, but the ’30s outbreak was the catylist for major change and grafting. As vineyards died, replanting vineyards on American rootstock, and switching over to monocultural vineyards took place.

Then, in the late 1930s, winemaking became difficult for political reasons: German soldiers would pass through and pillage wine. Maria Chiavassa describes her encounter with German soldiers in A Wine Atlas of the Langhe…

“They started drinking the wine and then, drunk and angry, they began to loose off gunfire everywhere. As they raged through the town, they found the wine in the cellar. They arrived in the courtyard with their lorries and started loading up as much wine as they could. I could see them from the window of my room and I thought to myself I cant just stand here. What would I say to my husband? That I watched and did nothing? So I went out in slippers to speak to the captain, who had an interpreter with him. I told him it was my wine, not the partisans’. My intervention was totally fruitless. And since they couldn’t carry all of the wine away, they came back the following Monday. They came up to our cellar and I tried to humour them… But they wanted to clean out the cellar where our wine was and in fact they carried off every single bottle.”

From the 1960s through the present, Barolo has been an incredibly interesting wine region to watch. It’s a place where winemaking techniques are scrutinized more so than other wine regions, and consumers attempt to group the different Barolo producers into styles based on the false dichotomy of “traditional” and “modern.” It’s a region where the wines seem to have an immortality to them, and even extremely old wines can improve with some decantation.

Barolo is an interesting area, too, in the context of climate change. There are a few other wine regions that exist at the limit of where wine can be grown, and in marginal climates, specifically cold, wet, or foggy marginal climates in Europe, the warmer temperatures of the last 12 years or so have led to a unique phenomena: all of these usually difficult European climates — namely Champagne, the Mosel, and Barolo — have had a string of really nice vintages. Will warmer temperatures continue to help vintages in the future, or will it change the ultimate character of the Barolo we know today? Will it give a boost to some of the other popular grapes grown in the area?

Images of Barolo courtesy of Dreamstime.Com.