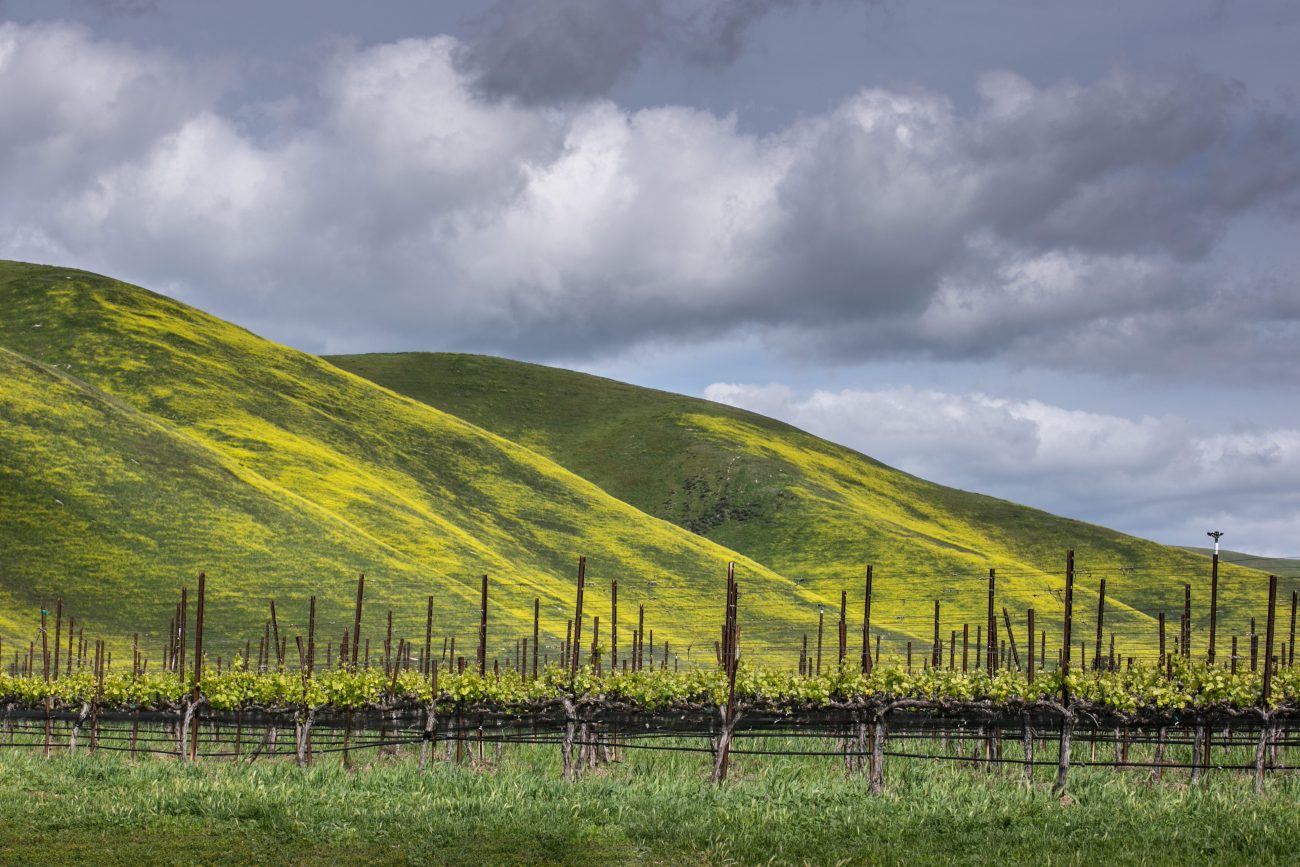 If you were to take a road trip right now between Los Angeles and San Francisco, mile after mile of green rolling hills (such as these in Santa Maria, captured by George Rose) might be enough to convince you that things were back to normal in California after five years of volatile weather and punishing drought.

In fact, although last winter was predicted to be one of the wettest winters in history thanks to the phenomenon of warming Pacific Ocean currents known as El Niño, California as a whole received below-average rainfall. If the supposedly extreme winter of 2015-16 gave us 75% of normal rainfall, does this mean vintners should be preparing themselves for a future with much less water?

‘I hope this isn’t the new normal. It would be a very scary picture if that was the case’, said Jason Haas, partner and general manager of Tablas Creek Vineyard in Paso Robles, ‘but we are preparing for a future that is drier than in the past’.

Trying to get a handle on how things stand at the moment with water in California underscores the degree to which it is nearly impossible to consider the state a single entity. Nearly 1,000 miles (1,600 km) long from its northern to southern borders and spanning a full ten degrees of latitude, California has widely varied climatic conditions. The northernmost parts of the state receive an average of 34 inches (860 mm) of rain per season, while the southern desert areas receive paltry three inches (76 mm) per year on average. Napa winegrowers receive almost five times more rain a year than those in Santa Barbara.

But those averages don’t mean a thing in the midst of one of the most extreme droughts that the state has ever experienced, and a set of recent vintages that have been anything but average.