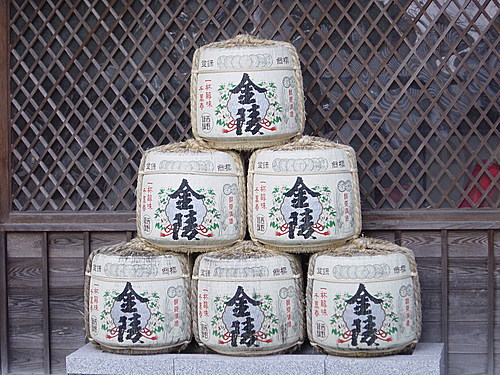 Japan has given many things to the world that I cherish, but few of them have an unofficial holiday that gives me the excuse to celebrate them. Every October first, along with sake lovers all over Japan and around the world, I get to observe Nihonshu no Hi, also known as Sake Day.

Despite ups and downs, and not being anywhere near its 19th century production levels, sake is seeing a major renaissance around the world, and that is worth celebrating for any sake lover. More and more excellent sake is leaving Japan and making its way abroad.

All of which means that in early October you’ll not only have something to celebrate but, some really good stuff to celebrate with, should you care to partake in the 11th Annual Sake day celebration put on by San Francisco’s own True Sake store.

As in past years this celebration is a benefit for the Japanese Cultural and Community Center of Northern California, who direct funds to many good causes.

Sake Day is an opportunity to taste an assortment of sake, eat some good Japanese food, and listen to a little music in a casual atmosphere. Various tasting stations will be set up that will allow attendees to compare different styles of sake, blind taste some varieties, as well as explore flaws like heat damage.

Tickets are $75 and should be purchased in advance online, as the event may sell out. A valid photo ID will be required for entry.

A word of caution for those used to wine tastings. Spitting is not normal at sake tastings, and consequently, spittoons aren’t usually available. For those who want to taste without getting wasted, I recommend bringing an empty water bottle into which you can surreptitiously spit.