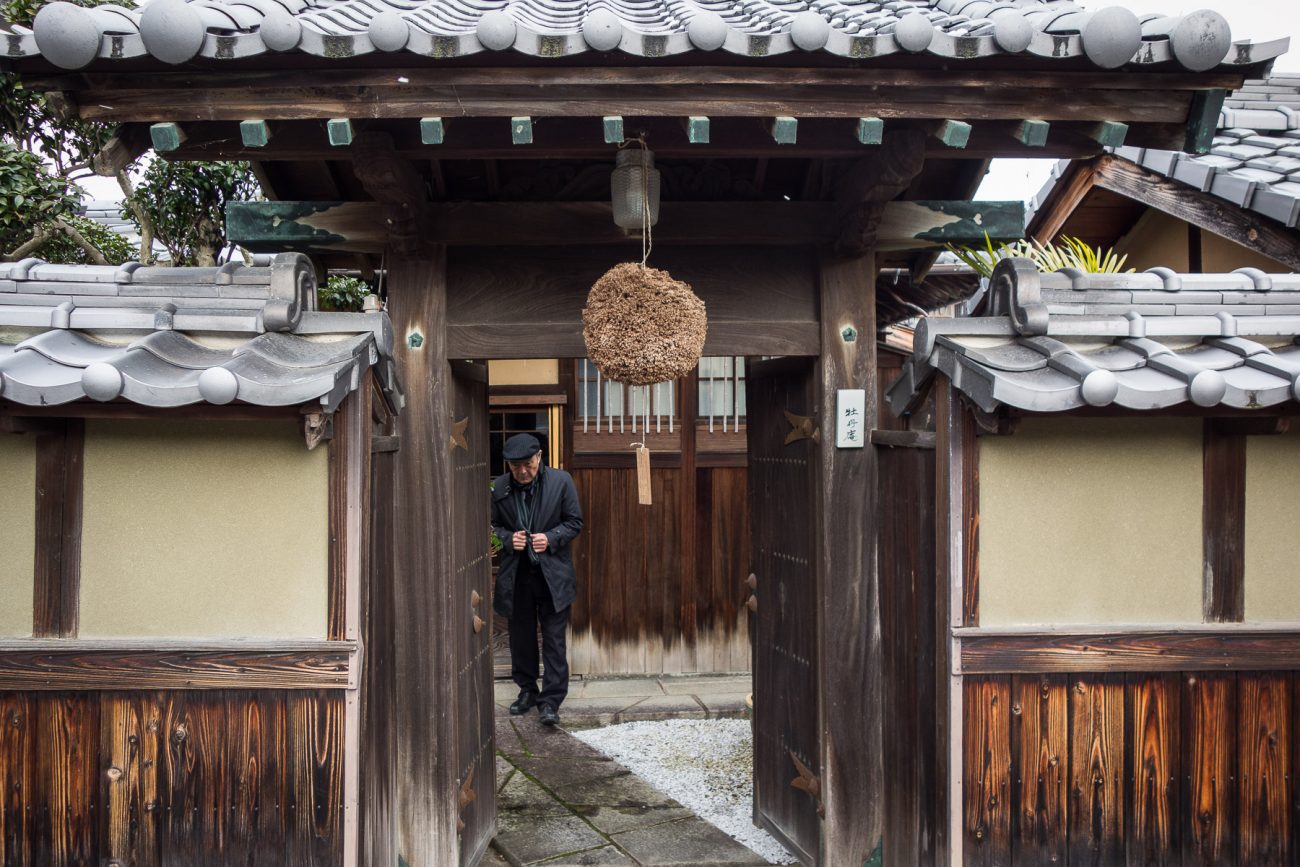 I have a confession to make. I have been drinking sake seriously for more than 18 years. I have been writing about it and reviewing sakes here on Vinography for 14 years. I have taught seminars on sake at places like the Aspen Food & Wine Classic. But until this week, I had not been to a sake brewery. It’s a little shocking to think about, even for me, given my history and experience with wine. By the time I started writing about wine I had already visited dozens of wineries. I even lived in Japan for more than 18 months, but I never made it to a sake brewery during that time, nor in subsequent visits over the years.

But now I’ve corrected that mistake, thanks to the generosity of the Japan Sake and Shochu Maker’s Association, who brought me back to Japan and provided the opportunity to make my overdue journey into the heart of sake.

Winter is the season of sake, and the best time to visit breweries, or kura as they are known in Japanese. Depending on their location, the brewing season will last from October to March. Brewers rely on the crisp, chilly air of the season to minimize ambient bacteria and yeast populations, as well as to assist with the low temperature fermentations that make for the highest quality sakes. 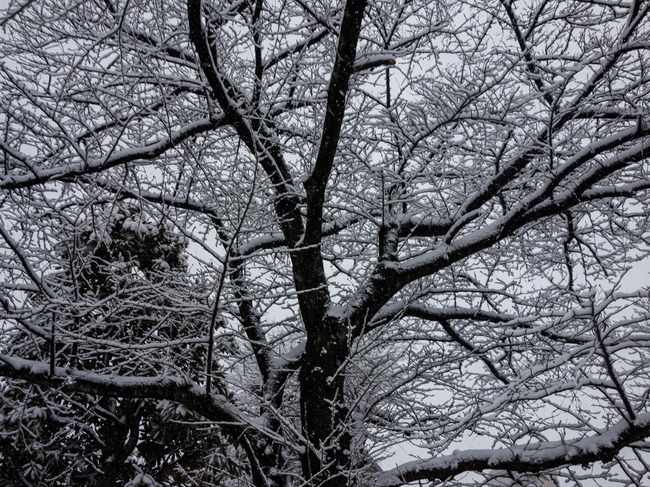 Unlike wine, whose yearly vintage “crush” consists of a flurry of autumnal activity lasting a few weeks, sake brewing happens continuously through the winter season, depending on the production size of each brewery. During this season the toji, or master brewer, and a crew of several helpers will literally live at the brewery, rising well before dawn, seven days a week without a day off, to perform the series of backbreaking activities involved in making sake.

Leaving aside the milling of rice – the process of sanding each individual grain down to a fraction of its former size – which most breweries now outsource, the work of sake brewing involves the following activities that often begin as early as 5:00 AM: washing rice; steaming rice; cooling rice; turning a portion of the rice into koji by inoculating it with a special mold; creating a starter batch of sake by mixing koji, freshly steamed rice, water and yeast; tending that starter and adding more rice in successive batches; completing fermentation by pressing and filtering the sake; and then putting the sake into tank or bottle for aging. 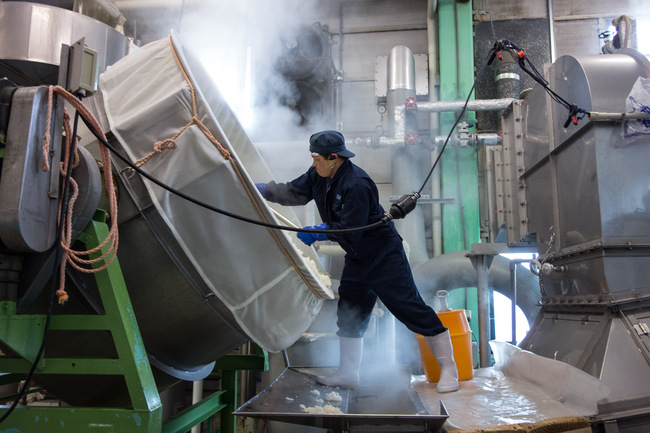 The nature of the sake making process (especially the making of koji), the need to carefully control the microbiology at work (since the slightest bit of unwanted bacteria or yeast can lead to nasty odors or flavors), and the physical capacity of tanks and the people manning them means that sake must be made in many, many, many successive batches. The largest, most commercial breweries can make more, larger batches at once, but even they run into the limitations of needing steamed rice to be at just the right temperature and moisture content, and the fact that koji must be made fresh in carefully tended batches every 48 hours.

While some breweries employ (pretty sophisticated) machines that assist with these tasks, they remain incredibly intense physical activities, as I learned firsthand yesterday morning as I was pressed (quite willingly) into shoveling steamed rice, carrying bags of rice, and stirring fermenting batches of rice at a brewery I visited in Kochi Prefecture on the island of Shikoku.

Needless to say, winter mornings are when you’d want to visit sake breweries, as they are ceaselessly abuzz with activity for more than five months, as their increasingly sleep deprived workers repeat the same tasks over and over and over with a dedication and precision that astounds.

But before you pack a bag and head out to visit your favorite sake brewery, you should know that the world of sake differs from the world of wine in many important ways, especially when it comes to tourism and the consumer experience. 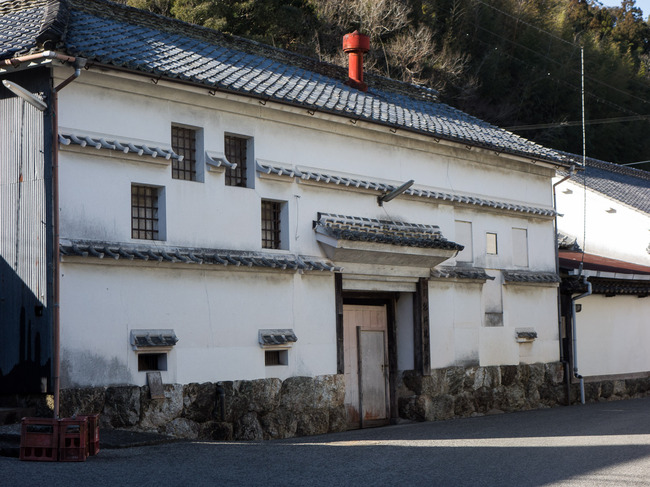 To be blunt, while many breweries will happily receive you at a small shop next to the brewery where you can purchase a bottle or two, a sizeable percentage of breweries lack even this most basic of hospitality offering. And as for getting up early and showing up to poke your head into the kura to see sake making in action? Unless you’re on a pre-booked and carefully organized tour with an outside agency, you can forget it. Language barriers aside, brewers generally don’t want the distraction (or liability in what can be a dangerous environment) of tourists underfoot.

And you thought making visits to cellars in Burgundy was tricky.

Exceptions to this generalization continue to grow in number, as forward-thinking breweries continue to seek ways of compensating for generally shrinking consumption of sake in Japan, but despite more than 400 years of history, the sake industry remains quite undeveloped when it comes to tourism. Advocates for the industry, as well as third-party tourism agencies do regularly organize tours, so anyone who has their heart set on visiting a brewery will find it is possible with a bit of extra effort. Accompanied by a bi-lingual guide, this can be an immensely rewarding and educational experience. For now, however, just finding your way to a brewery hoping to do a little tasting remains a somewhat fruitless pursuit.

Should you make it to a brewery, don’t expect it to be like your average winery facility just with rice instead of grapes. Compared to even the most modest wine regions around the globe, the world of sake brewing remains significantly under-capitalized. The vast majority of brewers who manage to get bank loans almost always do so for the purposes of buying equipment or higher quality rice. Only the most visionary producers (who also often happen to be the most newly established) are working to create anything other than a purely functional environment at the brewery. 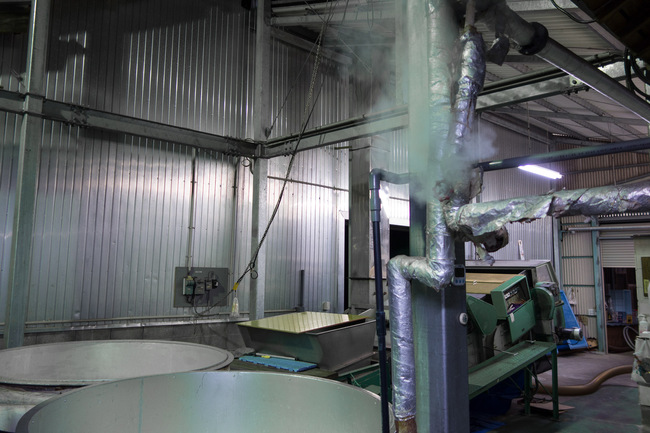 Most breweries are old, industrial, and by wine world standards, quite dingy. While fastidious in their focus on minimizing microbiological contamination (those allowed to visit the kura must wash and sterilize their hands, wear hair nets, remove their shoes, not consume yogurt or other active culture products in the days before a visit, and generally not touch anything while inside), the insides of breweries are dark, noisy, tarnished, and in most cases a bit decrepit. Think of the most humble, Old World winemaking facility you’ve been to, double the number of hoses, tanks, and carts, and then add a bunch of steam pipes and odd looking machinery in various states of antiquity and you’ll get the general idea. The gleaming, spotless, well-lit fermentation rooms of Sonoma these most certainly are not.

But what these environments may lack in both curb appeal and interior design, they make up for in the humble passion of the people running them, and the ethereal purity of their products, which can taste like blooming flowers and the first deep snowfall of the season in a cedar forest. Despite a steady decline in Japanese sake consumption for more than thirty years the dedication and craftsmanship of those brewers who choose (sometimes barely) to remain in business is as remarkable as it is inspiring. 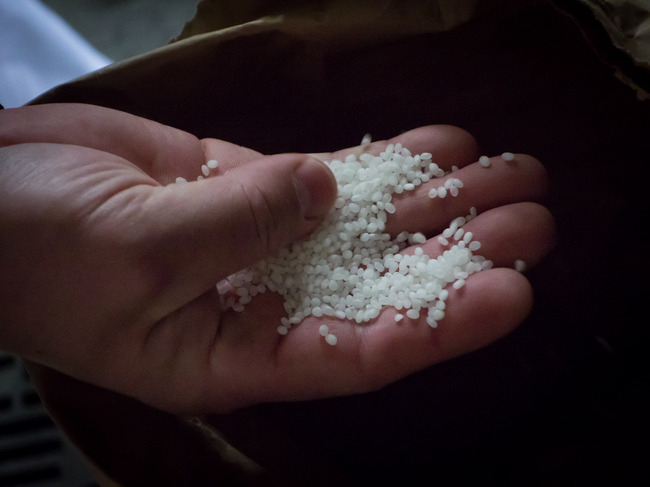 At the center of each grain of rice lies a small white heart that the Japanese call the shinpaku. This bundle of pure starch contains the carbohydrates that must be broken into sugars to fuel the fermentation of rice into alcohol. The complex process of making sake begins with the painstaking work to expose and exploit this miniscule resource, hidden by the rough exterior of a brown rice husk. Each grain is milled down to a fraction of its former size, stripping away the fats and proteins that hide the shinpaku until it becomes visible, a tiny fleck of brilliant white amidst the cloudy refined form of the polished grain. Even after milling, soaking, and steaming the shinpaku remains out of reach. Only thanks to the magic of koji does the shinpaku release its grip on the valuable sugars within.

While I learned many lessons during the time I spent living in Japan, one of the most important was that there were always deeper levels of significance and meaning beyond my surface understanding of any aspect of the culture. Sake embodies this truth perfectly. Look past the grimy patina that marks the walls of most breweries, taste a few really good bottles, and you’ll catch a glimpse of the soul and complexity of sake, a profound expression of Japanese craftsmanship and a unique landscape of flavors.