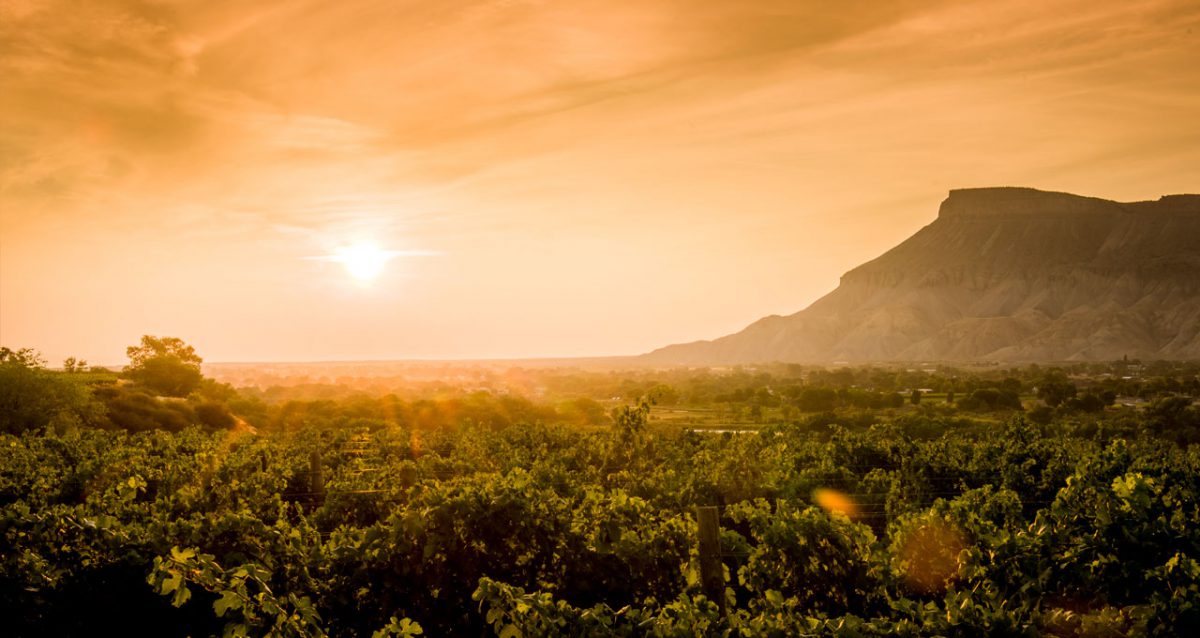 I grew up in Colorado. If you had told me as a high schooler that Colorado would one day be making fine wine, I would have laughed in your face. High quality beef? Sure. Beer? of course. Fantastic weed? Plausible. But wine? Never. But that was before I understood the origins of the vitis vinifera in the arid plateaus and of central Asia. That was before I visited Chile and Argentina and Turkey and Sicily and before I tasted wines from the high deserts and scrubby foothills of snow capped mountain ranges.

Now the idea of Colorado wine is not only plausible, it’s quite intriguing. Which is why, two years ago, I jumped at the chance to be a judge at the Colorado Governor’s Cup wine competition. Wine judging is thankless work. It’s tedious and difficult, and usually yields a splitting headache for me at the end of the day. But it also remains the single best way to take a crash course on an unknown or less familiar region or wine style. So I’ve had something of a short education in Colorado wine, and since then, I’ve been watching it close enough to be able to confidently say that it has crossed the line from regional novelty to serious potential. 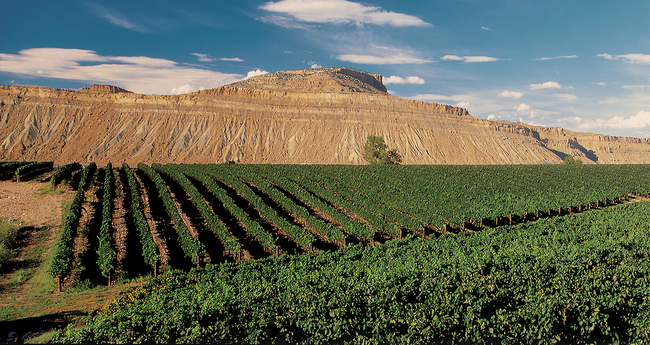 You see, wine is now made in every one of the fifty united states. But in many states, it remains a largely local fascination — something that the locals enjoy because it is theirs, but not worthy of much attention by wine aficionados, let alone the major critics. In recent years, several states have broken out of the cottage industry territory by making wines that were simply too good to ignore. Virginia, New Mexico, Arizona, Michigan, Texas and New Jersey have all proven that they can make wines capable of holding their own against wines from America’s much better known wine regions such as California, Oregon, Washington, and New York.

Colorado now belongs in that company. Though there are some who have been making that case for decades.

Chief amongst the believers in Colorado’s potential you’ll find a surprisingly famous name: Warren Winiarski, the Stag’s Leap Wine Cellars winemaker responsible for the winning Cabernet Sauvignon at the legendary 1976 Paris Tasting. In perhaps the least known episode of the famed winemaker’s professional history, Winiarski left his position at Robert Mondavi Winery in 1968, and accepted a winemaking position at Ivancie Cellars, a pioneering winery founded by a wine loving dentist that would close six years later after having made wine primarily from grapes trucked in from California. But along with making wine from Napa fruit, Winiarski helped to put some vines in the ground that would literally be the seeds of an idea that encouraged other adventurous, enterprising and risk-tolerant wine lovers to try their hands at more local production. The knowledge that grapes had been cultivated in the state as far back as the late 1800s helped Winiarski and others that followed imagine the possibilities, and beginning in 1978 commercial wineries began to pop-up around the state. 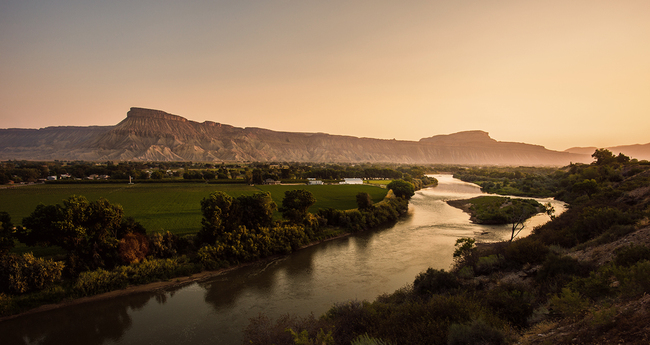 Today, Colorado boasts more than 120 vineyards with 1000 acres of vines spread across several key winemaking regions and two official American Viticultural Areas (AVAs). More than 88% of the vines are in the high plateaus of Mesa County, which borders Utah in the western part of the state, but wine is now made in more than 9 different areas of the state.

Winemakers have experimented with many different grapes in Colorado over the years, and they continue to do so. The local winemakers seem particularly excited about aromatic white wines such as Riesling, GewÃ¼rztraminer, Viognier, and Muscat, but while I’ve had reasonably competent examples, I’ve yet to have one of these that really excites me from Colorado. Instead my tastings have led me to believe that the most promising grapes in the state are Syrah, Cabernet Franc, and other Bordeaux blends. I’ve also tasted a couple of really excellent Chardonnays and Petit Verdots.

Colorado is on its way up, and as with most up-and-coming regions, that means there’s still a lot of value to be had in the region. While there are some winemakers using very expensive barrels and charging $40+ a bottle, some of the best wines can still be had for under $20. Unfortunately, the flip side of this equation is that outside of Colorado these wines can be a little tougher to locate. But there’s always Wine Searcher.

So, if you’re a curious wine lover (and you should be, as that is a virtue) then I suggest you get a taste of what the Rocky Mountains have to offer. Here are two wines that truly demonstrate Colorado’s potential.

2015 Guy Drew Vineyards Syrah, Colorado
Very dark garnet in color, this wine smells of blackberry and, curiously, strawberry fruit. In the mouth, ripe flavors of blackberry and boysenberry have a wonderful cool stony aspect to them with just a faint hint of aromatic sweetness. Excellent acidity and balance, this is a beautifully poised wine that will please most Syrah lovers. 14.9% alcohol. Score: around 9. Cost: $18. click to buy.

2015 Holy Cross Abbey Reserve Merlot, Colorado
Medium to dark garnet in the glass, this wine smells of plum and cherry fruit. In the mouth, slightly nutty flavors of cherry and plum are juicy and bright thanks to excellent acidity. There’s clearly wood present, and more wood flavor than I would like, but it is nicely integrated into the wine and delivers a mocha sweetness to the finish. Very well made. 14.1% alcohol. Score: between 8.5 and 9. Cost: $28.

Images courtesy of the Colorado Wine Industry Development Board.