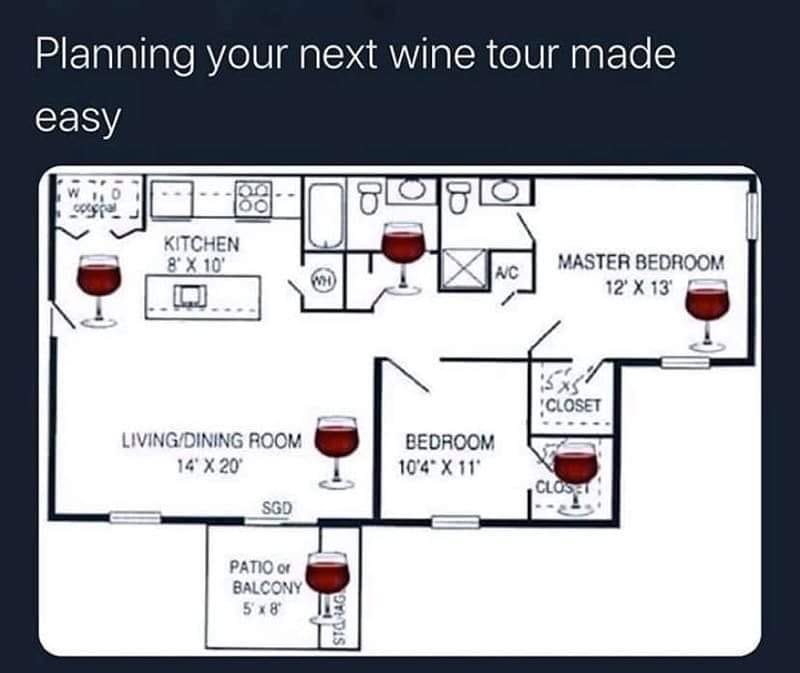 Those that have been paying attention know by now that the American wine and food industries are facing an existential threat unlike any they have faced since Prohibition. In the days and weeks to come, urban centers across America will be shut down, just as San Francisco, Seattle, New York and many others have been. Bars and restaurants will be shuttered, as will all “non-essential” businesses.

Some restaurants have quickly moved to offering take-out and delivery services, demonstrating admirable flexibility and courage, not to mention a commitment to keeping their employees working and earning. The online food magazine Eater has been doing a bang-up job of creating lists of such restaurants and emphasizing the importance of continuing to patronize them in these trying times.

The wine industry is in a similar bind. Here in California, winery tasting rooms were among the first things to be shut down by official order of the Governor, in addition to bars. Wine retailers were hit with closure when the order expanded to all non-essential businesses.

That didn’t stop the Wine Institute from declaring that wineries were, in fact, essential businesses. Elon Musk tried to do the same thing with Tesla, but apparently the government didn’t agree.

But all of these people need to be able to sell booze to people who want to buy it. And people really want to buy it now, especially when they might have to be stuck at home for months being parents, employees, schoolteachers and day care providers all at the same time.

Of course, some of the biggest wine producers and all the big liquor companies can easily continue to sell their products in grocery stores, which remain open as essential businesses. But for 99% of the wine producers in this country, not to mention the importers and distributors of foreign wines, grocery store sales are not the answer.

All of which is why the Federal Government (and the rest of us) should urge States to temporarily suspend the Three-Tier System and related Tied House laws.

For those who have managed to avoid the ugly intricacies of how liquor gets sold in this country, the simplest explanation is that the way things got set up after prohibition left each state to define its own laws when it comes to the sale of alcohol. By and large, every state adopted some form of law that mandates that those who produce alcohol, those who ship/deliver/distribute alcohol, and those who sell it to consumers have to be separate and unrelated business entities (those each being the three elements of the aforementioned Three Tier System).

That basic structure means that, among other things:

Et cetera, et cetera. I have only scratched the surface here of the insane, byzantine, convoluted and screwed-up laws that keep everyone in the alcohol business operating with one hand tied around their backs.

So during the crisis in which we find ourselves, what if all those laws were suspended in the name of supporting the wine industry?

Yes, this would be chaotic. Yes this would introduce any number of new competitors into the mix. But that chaos and fiercer competition would be way better than watching the wine industry choke to death, and watching everyone’s favorite bar go out of business because they can’t pay the rent.

If we legally allowed wine and spirits businesses the same operating flexibility as we do to restaurants, we would see the same ingenuity that we’re seeing from our favorite restaurants.

Excuse me for a moment while I go order six pints of curry sauce from the best Thai restaurant in America.

But now, back to the topic. We’re already seeing some movement in this direction. Some governors, such as Maryland Governor Larry Hogan have already said that bars are allowed to sell alcohol to go. New York and Vermont did so as well. Great first step.

Every other state should, too.

It may be a hard sell to get them to go farther than that, but they should. Oh, and they they should pass bills that provide emergency funds as stimulus to all the services and hospitality industries that are getting gut-punched by this crisis, just like they did with the auto industry and the banks.

Yeah, and those wine tariffs. Those need to stop, too.

If the government doesn’t act, however, there are still opportunities for you to support the wine industry during these trying times.

Many retailers with strong e-commerce operations are continuing to ship wine, including K&L Wines here in the San Francisco Bay Area.

Pretty much every California winery would love to ship you a case of wine if you called them up and bought one or went to their web sites and ordered online.

When you’re busy ordering takeout from your favorite local restaurant, buy wine from them too. Many have said they’re selling wine at retail prices during this disaster.

Encourage your friends to do so as well.

Being stuck at home with kids and work responsibilities has certainly “encouraged” me to have an extra glass of wine with dinner every night. But it’s prudent to remember that too much alcohol intake can suppress your immune response and make it easier for you to get sick. And of course if you are sick, it can worsen your symptoms and prolong your illness.

Everyone stay safe, and do whatever you can, whenever you can to support your local restaurant and wine industries. Let’s hope our politicians will, too. 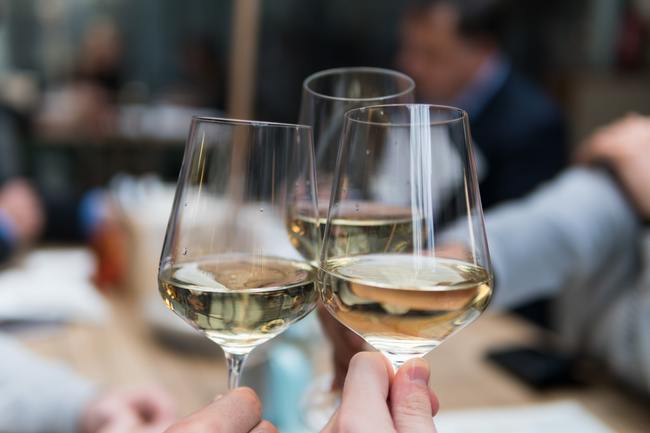 Toasting recommended only among mutually quarantined adults in groups fewer than 10.