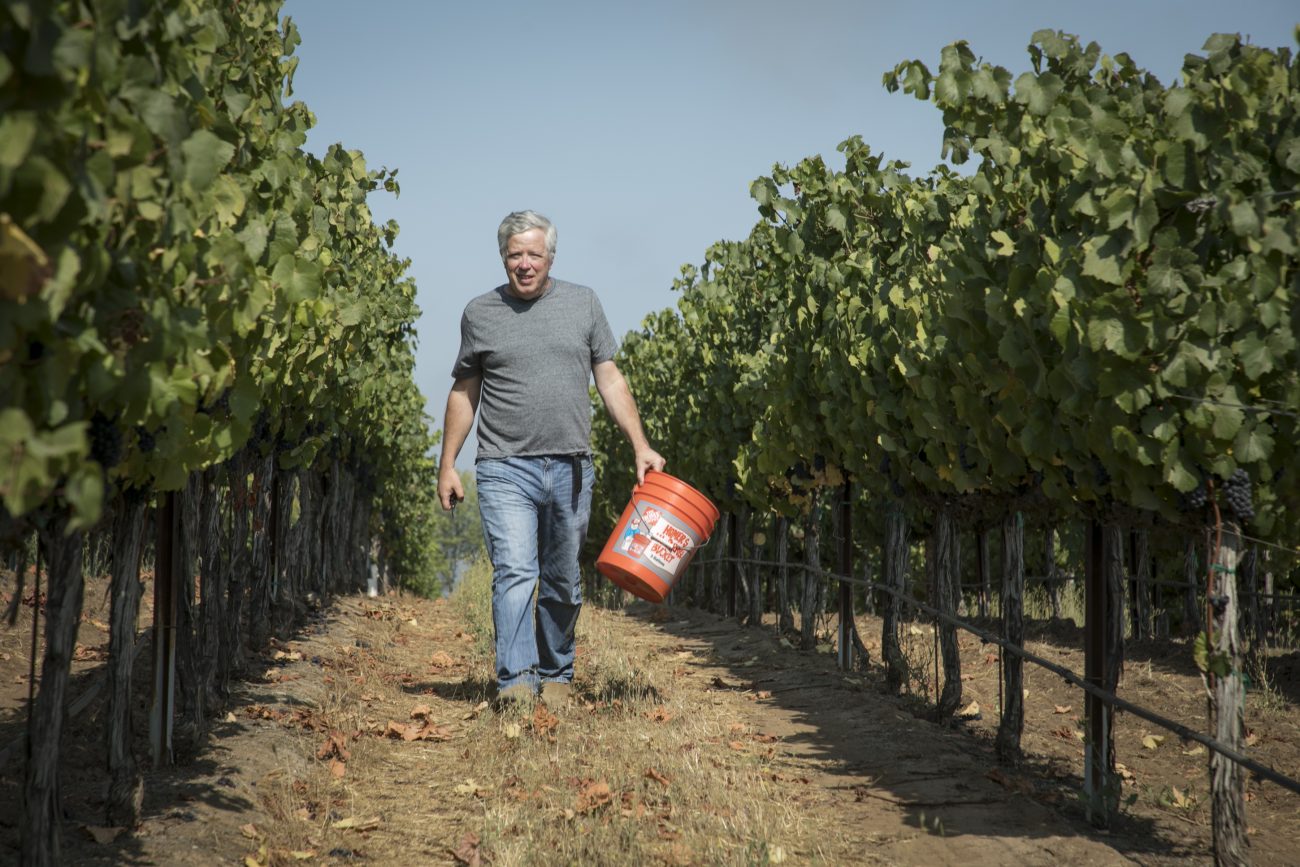 If you went looking for a poster child, rags-to-riches wine success story in California, you’d be hard-pressed to find a better candidate than Siduri Wines. In the early 90’s Adam Lee and his wife Diana Novy were just a couple of wine lovers living in Texas. Diana was a farm girl who majored in Marketing. Adam was a History major from a teetotaling Southern Baptist family. Through sheer happenstance, Adam got a job at a wine retailer and rose up through the ranks, and met Diana when he became the wine buyer for Nieman Marcus, where Diana worked. By that time they had both been bitten by the wine bug. So in 1993 Adam and Diana decided that, more than anything, they wanted to make Pinot Noir. They got engaged, moved to Sonoma County, and on the typical shoestring budget of borrowed savings and credit cards, they produced their first Pinot Noir under the label Siduri, named for the Babylonian goddess of alcohol and parties.

The wines were highly acclaimed by critics from the start, turning Adam Lee into something of a superstar winemaker in the hot new category of California Pinot Noir. Siduri was one of the first wineries in California, and perhaps the first to grow to any significant size, without any vineyards to its name. Adam and Diana built a substantial (25,000 cases or more) portfolio of wines (at one point holding the distinction of making more individual bottling of Pinot Noir than any other producer in the state) solely through purchased fruit, which at their height included vineyards from the Willamette Valley down to Santa Barbara.

In 2015, Adam and Diana sold Siduri (and their other label Novy Family Wines) to Jackson Family Wines for an undisclosed, but purportedly handsome sum. Adam signed up for a three-year contract, and was happy to, as he told me at the time “focus on the fun stuff and let someone else handle all the headaches.”

Jackson Family Wines is among the world’s most experienced and sophisticated wine empires and has (to my mind) a rather remarkable track record of not screwing up the wineries they purchase. Indeed, instead of parachuting in the “folks from corporate” to “help{ they seem positively enlightened when it comes to creating situations under which their new brands, and the people who built them, can thrive.

“When we sold to Jackson, I told them, ‘I have some other projects that I’m interested in pursuing and some people who want me to consult,'” said Lee. “They told me, ‘as long as you’re devoting your time and energy to keeping Siduri on track, and as long as you’re not consulting for Gallo or Constellation, we’re fine with it.’ They know that people like doing little projects and that anything that gets my name out there is good for them.”

Lee has long been a proponent of the Santa Lucia Highlands, and has been buying fruit from Gary Pisoni and Gary Franscioni and their Garys’ Vineyard and Rosella’s Vineyard for more than 20 years. It was those sites and relationships that served as much of the inspiration for Lee’s new project, the Clarice Wine Company.

“Each of those two vineyards have these two-acre parcels I’ve been working with for a long time,” said Lee. “The vines are older, planted in 1997 and 1999 respectively, and they usually ripen about 10 days to two weeks apart. At Siduri, I’d pick each parcel separately and make standalone wines with them.” Even within these two parcels, separate blocks of vines ripen at different rates.

Instead of picking each block separately, however, Lee was inspired by his grandmother Clarice. “She was born in 1896 and she taught me how to cook with a crockpot,” recalled Lee. “You put in the roast and the potatoes, and the carrots, the broth, the seasonings. It all comes together as one and anything you add at the end stands out like a sore thumb.”

Instead of making multiple passes through the vineyard, and instead of picking the parcels block-by-block at perfect ripeness, Lee now picks them in one fell swoop.
“Consequently when they’re ready as a whole, there’s stuff in there that is less ripe and stuff that is more ripe,” said Lee. “The blend as a whole is hopefully more interesting. And because these vines have some age, I decided I wanted to pick them earlier than I was used to picking them for Siduri. I also decided I wanted to do a lot more whole cluster. I’m hoping to offer a bit more tannin than you would ordinarily get from the Santa Lucia Highlands.”

Lee ferments the wines in open-top fermenters with roughly 55% whole cluster usage in his 2017 vintage, and close to 80% in his 2018 release. He adds no yeast, no acid, and lets the wine go through malolactic conversion naturally. The wines are not fined or filtered before bottling.

Clarice Wine Company features three wines: the “Clarice” which is the blend of both Garys’ and Rosella’s Vineyard, and then a bottling of each vineyard separately. The single-vineyard wines get about 70% new oak, the Clarice bottling a bit less than 40%.

Sure, there’s nothing particularly revolutionary about the winemaking in these wines. They’re leaner, more whole-cluster influenced and debatably a bit more hands-off in their winemaking than Adam might have been at Siduri, but beyond that, they’re just (excellent) Santa Lucia Highlands Pinot Noir.

What makes Clarice Wine Company so interesting is the business model, which is unlike anything that anyone has ever done in the California wine industry.

“Clarice is really a whole concept,” explained Lee. “I think people don’t just want to buy wine these days, they want a community. What makes a wine stand out? It can’t just be another good Pinot. When I started Siduri, that was enough, but now, they need more.”

With the exception of a few spare cases sprinkled here and there, Clarice is generally not sold at retail or in restaurants. There is not and never will be a tasting room. There is no mailing list or wine club in the way that most California wineries would describe them. Instead, 500 people (and only, ever, 500 people) can become subscribers.

Membership, as they say, has its benefits, too. There’s an online community where subscribers can interact with each other and directly with Adam, asking questions about everything from the wines themselves to his recommendations on estates to visit in South Africa.

“I also host parties at other people’s wineries,” said Lee, speaking to me before the current pandemic. “I also do limited offers of other people’s wines. This all goes back to the very earliest days of Siduri where we [winemakers] were all helping each other out. If I was busy, Brian Loring [of Loring Wine Company] would pour Siduri at a tasting. Now, too often it seems like we’re fighting for shelf space with each other, rather than growing the pie. Once we’re all selling out our wines, then we can fight over shelf space. Until then, we gotta hang together. That’s the key. It’s incredibly important.”

Lee insists he’s not going to grow Clarice any larger. Sticking with 500 cases of production, sold to his 500 subscribers. New subscribers replace old ones that drop out, and so far, attrition is in the single digits, with a decent waiting list.

And the wines, to my taste, are certainly worth waiting for. I’ve now tasted the first two vintages, and they’re among some of my favorite Adam Lee wines that he’s ever made. They have a poise and on the balance of things, more elegance than exhuberance (a trait I always have associated with Siduri Pinots).

Do these wines demonstrate what a little calm can do? How a winemaker performs when the pressure is off entirely and he’s made enough money to be comfortable? Lee doesn’t think so.

“I don’t sleep particularly better at night,” he said. “I drive the same car. I live in the same house. I do have a level of comfortability, but the question is, how comfortable do I let myself get? Now I think I can take time to look at the bigger goals I have as a winemaker. It’s not just about one more Pinot for me, or chasing sales. At the end, Siduri was running me, not the other way around. Now, I get to move things forward.”

2017 Clarice Wine Company Pinot Noir, Santa Lucia Highlands, Monterey, California
Medium garnet in the glass, this wine smells of raspberry and cranberry and a hint of citrus peel. In the mouth, faintly muscular tannins wrap around a core of cranberry and raspberry fruit that is bright with juicy acidity. Wonderful dusty herbal notes ramble along beneath the bright fruit. Hints of citrus in the finish. 14.1% alcohol. Score: between 9 and 9.5.

2018 Clarice Wine Company Pinot Noir, Santa Lucia Highlands, Monterey, California
Medium garnet in the glass, this wine smells of dusty roads and red fruit. In the mouth, spicy, dusty roads mix with raspberry fruit that leans more savory than the 2017 wine, perhaps thanks to increased use of whole cluster. Juicy acidity keeps the fruit bright and drives the herbal notes and bits of earth into the finish. 14.1% alcohol. Score: between 9 and 9.5.

2017 Clarice Wine Company “Rosella’s Vineyard” Pinot Noir, Santa Lucia Highlands, Monterey, California
Medium garnet in the glass, this wine smells of raspberry and cherry fruit. In the mouth, wonderfully bright and juicy raspberry and cherry flavors are bright and slightly herbal with faint tannins. Citrus notes in the finish. Silky and gorgeous but there’s a bit of heat. 14.4% alcohol. Score: around 9.

2018 Clarice Wine Company “Garys’ Vineyard” Pinot Noir, Santa Lucia Highlands, Monterey, California
Medium garnet in the glass, this wine smells of raspberry and herbs. In the mouth, muscular tannins wrap around a core of raspberry, cherry and dusty road. Notes of dried herbs linger through the finish with a bit of green willow bark. Around 80% whole cluster. 14.1% alcohol. Score: between 9 and 9.5.

Sadly, these wines are not available for purchase by the general public. You can get on the waiting list for a subscription at the Clarice Wine Company web site. 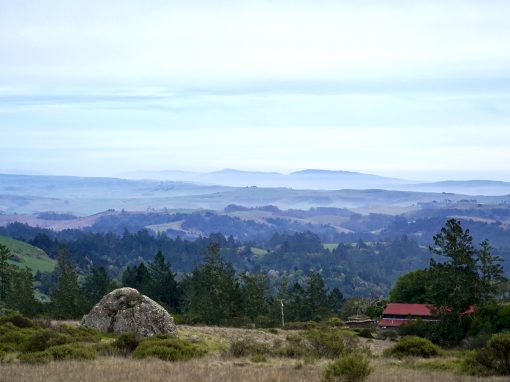 There’s one type of article I write here on Vinography that produces equal parts exhilaration and anxiety: when I decide

END_OF_DOCUMENT_TOKEN_TO_BE_REPLACED 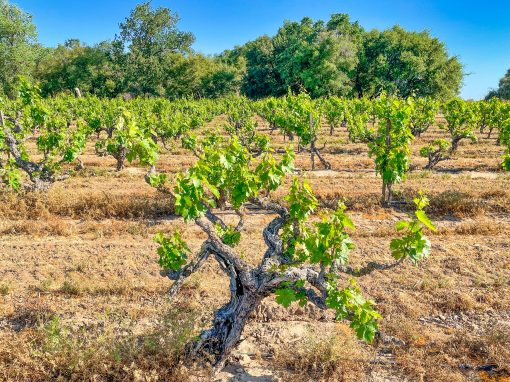 “Pssssst. Hey, buddy.” The sound came from just ahead me and to the left. At first I didn’t think it