The Wine World is Prejudiced Against Higher Alcohols 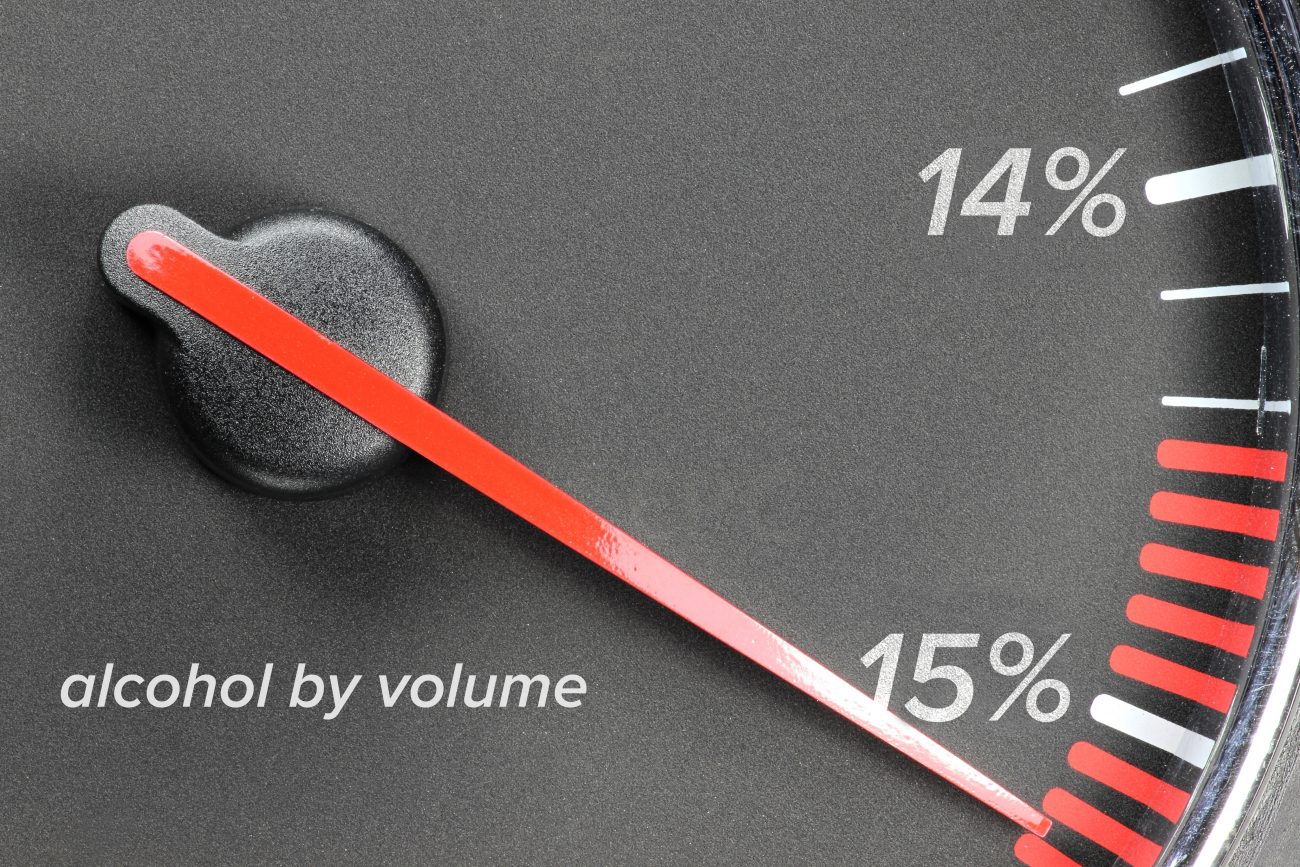 I must begin by saying quite clearly that I am not, myself, free from prejudice.

Let me give you an example: I regularly pick up a bottle of California Pinot Noir, turn it around to take in the back label and… wince? grimace? gag? when I see an alcohol level of 14.8%. It’s true. I have some reasons for this prejudice, ones that like any bigoted person I personally believe to be justified and rational (where Pinot comes from they generally try not to let it get that ripe), but the strength of my justification doesn’t mean I’m not prejudiced.

It’s also important to note (if only for my own moral sense of myself) that I look for every opportunity to prove my instincts wrong, and delight in my comeuppance when they are. I don’t ever hesitate to taste any wine sample put in front of me, and I have had more than a handful of California Pinot Noirs that were beautifully balanced and showed no trace of their high-fourteens alcohol level. Were they ripe? Of course. But they were balanced in that ripeness and neither harsh, nor hot.

Would I buy a bottle of California Pinot Noir that was 14.8% alcohol? Only if it were from a producer I knew very well, and I’d definitely think twice before doing it.

So there you have it. I’m prejudiced for sure.

But that’s in the context of a very specific wine grape, and the grape’s most common (some would say historic but I want to avoid that, because I do not hold history on a pedestal) interpretation in the hands of its most celebrated winemakers.

Even with my careful language there, however, I can get into trouble. Some of you are no doubt voicing (or sotto voce-ing) at the moment about the difference between what is on the label and what is in the bottle. And you’d be correct. There’s often quite a difference.

Here in California, you’re legally allowed to fudge the alcohol level that is written on the label. If you list an alcohol level of 14% or lower, you have to be only accurate to within 1.5% (but it must be measurably at or below 14%. So that killer 12.5% Pinot any local hipster is excited to buy could actually be 14% alcohol! If you list a wine as having higher than 14% alcohol on the label, you have to be slightly more accurate, with a margin for error of only 1%. Which means your favorite 15.2% Napa Cab (a large majority) could be as high as 16.2% alcohol.

Of course there are many upstanding producers who truly label their wines accurately, no matter what the alcohol level.

In Europe, it seems, things are somewhat the opposite. The laws are stricter, with only a .5% tolerance allowed, but producers are required to use only whole and half units to express this percentage, which means that it is much more often an approximation. Likewise, enforcement may not be as strict. My anecdotal conversations with winemakers in Europe over the years suggests that many of them, especially smaller ones, never change the alcohol levels on their labels from year to year, no matter what the final number may be.

This may be part of the reason why it seems that a large percentage of European producers have significantly understated the alcohol levels in their wines for years.

I hope you’ll forgive the tangent into labeling requirements because I want to come back to my point. (Yes I have one).

Despite the ambiguity of labeling, a real and growing prejudice seems to exist amongst wine lovers against wines of higher alcohol. I’m talking about wines that have numbers like 15.5% on the label.

If you don’t believe me, just try posting a photo of a bottle on social media and mentioning that the alcohol is 15.5%, and watch all the people who will suggest they’d avoid such a bottle based on the alcohol alone. No matter how much you gush about it. No matter how balanced a wine it actually is.

Some people will go so far as to say they’d never drink any dry wine above 15% alcohol. Which of course closes them off to much of the Southern Rhone, California Zinfandel, a lot of Napa Cabernet, Amarone, Valtellina Sfursat, Ribera del Duero, some great dry reds in the Douro, and on and on.

Now I personally believe that’s a prejudice of a different level than what I generally call my “preference” for lower-alcohol Pinot Noir.

And this is the point where I try to argue that those people’s point of view is far more pernicious than mine.

Yes, I know, we can’t entirely avoid the fact that a 15% alcohol wine gets you sloshed a bit faster than a 13% one, but alcohol was invented to be and always will be a drug, so complaining about how quickly you get drunk from the thing invented to get you drunk is a mostly ridiculous argument in my book.

It’s not about whether you can have 4 glasses or two and a half before you fall asleep on the couch (which is where a few glasses puts me at my age now). Instead it’s about whether you enjoy the ride getting there. And the problem with some higher-alcohol wines is that they can be hot and bitter, angular and blocky, heady and just plain high-octane.

Most people don’t like the feeling of taking a swallow of wine and having it feel like you’ve just done a shot of vodka. If they did, they’d just drink vodka. It’s cheaper and more reliable booze.

Some people, it turns out, are genetically more, or less, sensitive to the “heat” of alcohol. It’s one of the biologically-driven components that make up Master of Wine Tim Hanni’s Vinotypes, which Hanni has attempted to ground in real scientific fact about neurological and sensory differences among individuals.

Regardless, it’s primarily the flavor and sensation of high-alcohol wines that have turned people off to them.

There’s nothing wrong with that. I not only sympathize, I feel the same way. I hate it when my wine has the aftertaste of ethanol.

But I do think there’s something wrong, or at the very least highly unfortunate, about closing yourself off to a world of wine, or even an individual wine without having tasted it first.

It’s fine to have tasted a lot of Amarone and decide you don’t like it. It’s not fine to merely say you don’t think you’d like it because it clocks in at 15% alcohol.

And don’t get me started on Châteauneuf-du-Pape or Etna Rossos. There are so many wines that nudge into the 15% range that have incredible depth, balance, minerality, vibrant acidity and truly no trace of the blocky, searing qualities that make the worst high-alcohol wines all but undrinkable.

Wine quality (from my critical point of view) depends heavily on balance, and as so many people have said before me, wine can be balanced at many different levels of alcohol. It can also be unbalanced at any level of alcohol. If I had a dollar for every disjointed, discombobulated 13% alcohol wine I’ve ever tasted… you get the idea.

The point is, lower-alcohol might be preferable to more and more people these days, but lower alcohol does not make for inherently better wine. And refusing to drink or even try higher alcohol wines out of hand plays into the stereotype of snobbishness that has dogged the wine culture of America for years.

Yes, have your preferences. Embrace them and follow them where they lead. But nothing good comes from too-closed a mind, and those who refuse to look never find hidden treasures.

Don’t judge a wine by the alcohol percentage on the label! Dismissing a wine based purely on its alcohol level does you, and the world of wine, a great disservice. 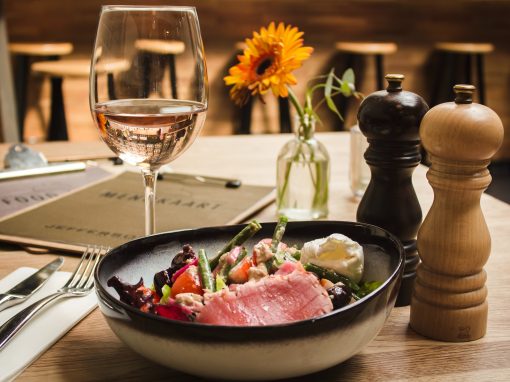 A couple of months ago, I wrote a piece entitled “Food and Wine Pairing is Junk Science” in which I

END_OF_DOCUMENT_TOKEN_TO_BE_REPLACED 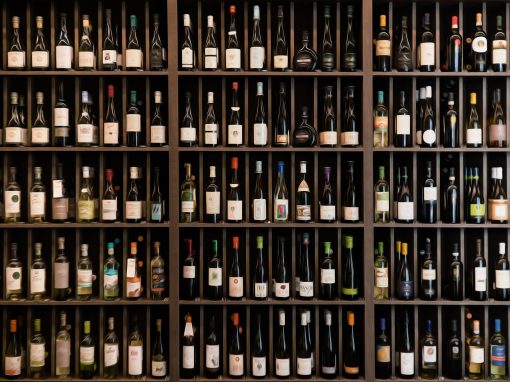 For anyone looking for discount pricing on their favorite luxury California wines, we have just entered perhaps the best time