The Skeptic’s Guide to Biodynamic Wine 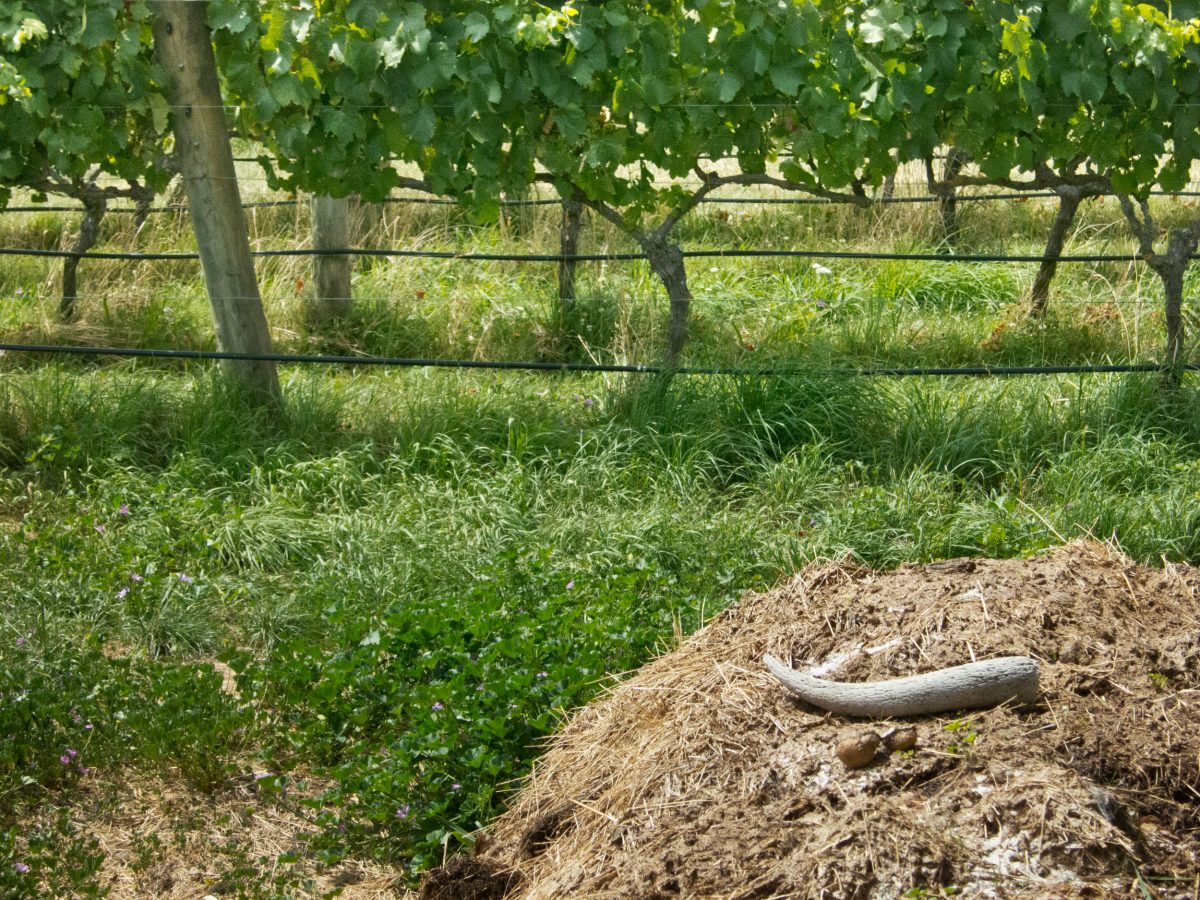 With the correct audience in the room, I like to joke that I’m the ultimate biodynamic wine critic. You see, biodynamic preparation 502 involves stuffing a deer bladder full of Yarrow flowers, and traditionally hanging it above head height in an Alder tree for the summer.

In truth I have a complicated and ambivalent relationship with biodynamics. On the one hand, I wince at the new age mysticism and pseudo-scientific explanations that many people use to both justify and explain the efficacy of biodynamic agriculture. I’ve learned enough science to feel pretty strongly that worrying about the “opposing vortexes” when you stir (ahem, rhythmically potentize) your biodynamic preparations is likely a crock of shit. Making a basin molded off your pregnant wife’s stomach to energize your nettle tea preparations might be a fun crafts project, but it doesn’t have any effect on your grapes or wine.

On the other hand, I know that some of the best wines I have tasted in my life are farmed and made biodynamically, and some of the sharpest, most thoughtful winegrowers I know have dabbled, then embraced, then never looked back from a full-blown plunge into the world of biodynamics.

What’s more, I believe that we truly don’t yet understand the soil microbiome and its relationship to grapevine metabolism, and that the idea of providing the healthiest, most living soils possible to grapevines seems like a damn smart idea. As does the elimination of herbicides and pesticides from grape growing (and all agriculture).

All of which was why I appreciated a recent article from Joshua Dunning, a blogger and wine lover, entitled “The problem with biodynamics: myths, quacks and pseudoscience.” In it, Dunning lays out his case for why Rudolph Steiner lacks a lot of credibility on many subjects, and as a whole seems to have been more of a charlatan than a visionary.

Dunning highlights many of the issues that the scientifically trained, or even the scientifically minded should have with the precepts of biodynamics, from the homeopathic to the astrological. He captures the cringe-worthy aspects of the farming philosophy and points out a number of disturbing aspects of Steiner’s history that were new to me, including his racism and fervent opposition to vaccines on the grounds that they interfered with reincarnation.

On the other hand, biodynamics is not a formulaic doctrine, followed to the letter by every adherent. For every three zealous worshippers of Steiner that I have met, I have encountered at least one interested and thoughtful winegrower who has decided that “there’s something to it” and has gone about trying to find what works and what doesn’t without paying too much attention to whether the moon is in the Seventh House.

Which brings me to Craig Camp’s rebuttal of Dunning’s article. After seeing me retweet Dunning’s piece, Camp, who is general manager of Troon Vineyard in Oregon’s Applegate Valley, decided to write his point of view on Steiner and the practices of biodynamics. His piece was entitled “Two Conferences, Two Biodynamics,” and began with a discussion of two very different conversations he’d had with practitioners of biodynamics. To somewhat comically paraphrase Camp, one was filled with people trying to work on the health of their soil ecosystem, one was filled with people trying to align their auras with the vibrations of the earth.

Camp certainly falls into the former category of biodynamic practitioners: those who have found aspects of biodynamics compelling and useful through trial and error, and have engaged with the practice where they have seen results, but without necessarily adopting dogma along with the practices.

Skeptics of biodynamics often level the accusation that it is little more than trendy marketing—the wine world’s equivalent of gluten-free, fair trade, cruelty-free hipster artisanship. But anyone who has spent time truly understanding what goes into biodynamic viticulture simply in terms of time and effort can easily dismiss such claims. But the question, and the core of the debate between Dunning and Camp really comes down to whether it is significantly different and better than organic agriculture.

Unfortunately, unlike cell cultures that can be grown and tested in a matter of days, rigorous scientific analysis of agriculture takes a lot more time. Especially when trying to answer questions that are not just about whether the pH of the compost is any different, or whether there are different concentrations of organic materials, but whether the actual harvested crop is any better.

So at least from the world of scientific consensus, the jury is still out. We don’t yet have a lot of conclusive proof about how biodynamics works or whether it does at all. If I had to place my bets, I’d say that we’ll eventually find that a number of the practices of biodynamics can be scientifically proven to make a difference in agriculture, but that it won’t be the ones that get the most attention, such as the homeopathic preparations or the biodynamic calendar of fruit, flower, leaf, and root days. My anecdotal experience with biodynamic vineyards and the wines they produce suggests there’s something real and valuable going on there.

But until we’ve learned more, it’s fun to think and talk about, and it’s even more fun to drink good wine at the same time. So pour yourself a glass, and go take a look at Dunning’s piece, and then at Camp’s.

Episode 469 of I’ll Drink to That! was released recently, and it features owner and winegrower Mimi Casteel of the

END_OF_DOCUMENT_TOKEN_TO_BE_REPLACED

I’ll Drink to That: Olivier Humbrecht of Domaine Zind-Humbrecht

Episode 362 of I’ll Drink to That! was released recently. It features Olivier Humbrecht, who today leads the Zind-Humbrecht winery