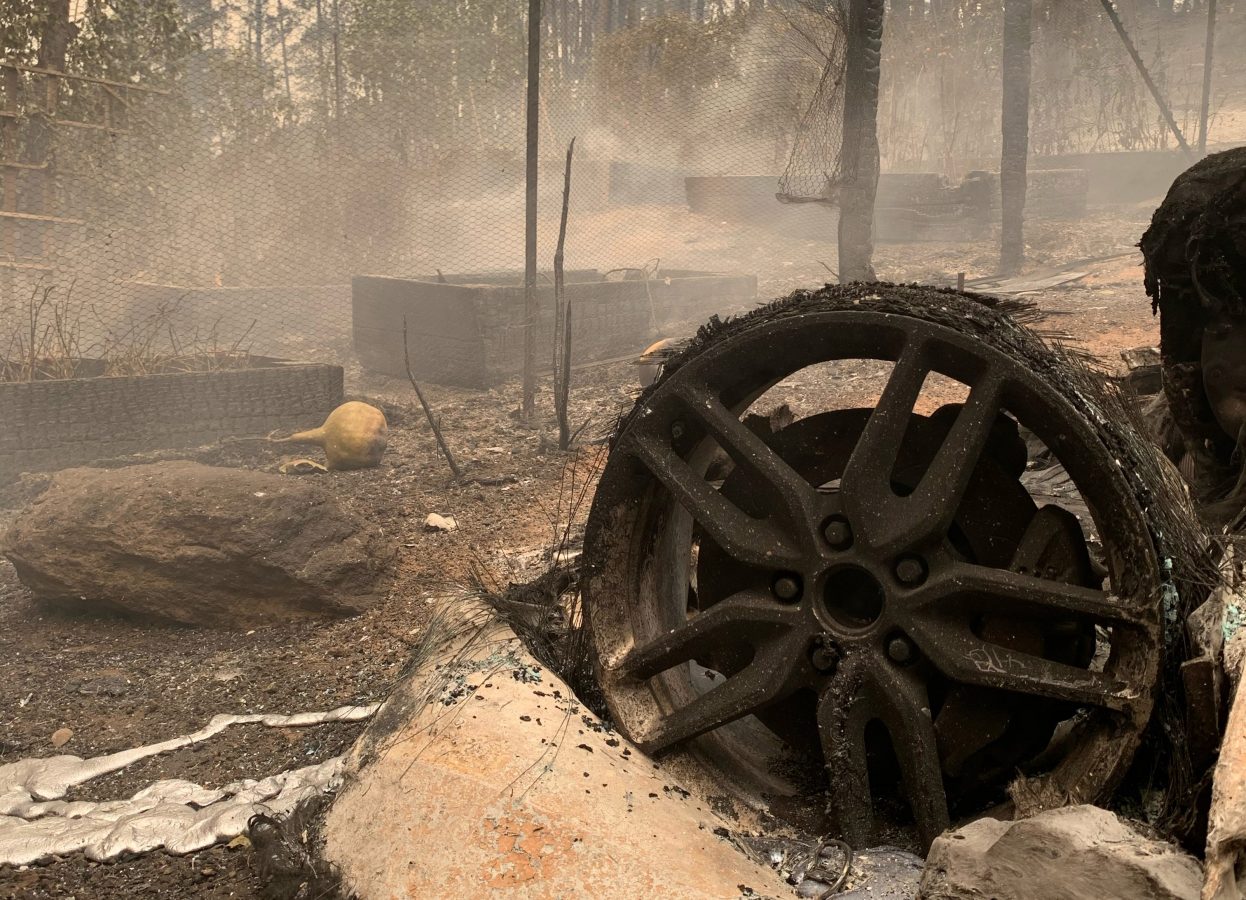 I don’t know how coherent this particular piece is going to be, as I watch the social media evidence of friends and loved ones fleeing their homes, and as I keep tabs on my sister Shannon, who is on the front lines fighting what has become known as the Glass Incident fire. Bear with me as I do my best.

At around 3:45 AM on Sunday, in the midst of a Red Flag warning, something (no one is yet sure what) sparked a fire in the hills to the northwest of Napa Valley. With 95 degree temperatures on Saturday, and an even hotter day on Sunday, very low humidity, and some offshore winds blowing, that fire, which was named the Glass Fire grew exponentially and tore down the hill towards Napa Valley and the towns of Calistoga and St. Helena.

Later that day, two more fires started across the valley in the Mayacamas Mountains, possibly from blown embers. By the early hours of Monday morning, these fires had combined into a single fire that has, to date, burned more than 42,000 acres and is continuing to burn uncontained, as firefighters and first responders scramble to evacuate residents.

The fire crossed Silverado Trail late last night at Lodi Lane, south of St. Helena, and began burning the valley floor in a phenomenon known as spotting, as embers and fallen trees advance a fire into a new area. It does not seem to have spread rapidly from that point however, possibly due to the number of vineyards in the area, which burn quite poorly unless faced with massive walls of flame.

My sister spent the day on Sunday working the fire line near Rombauer Vineyards where this morning there was still a crew working to keep the fire away from the winery. Here’s a video she shared with me, taken by Bodega Volunteer Fire Department Captain Boone Vale.

I got a chance to see through my sister’s dash cam as she drove up Silverado Trail this morning around 10 AM, and I could see the fire burning down to, but not across the Silverado Trail between Zinfandel Lane and the Pope Street bridge.

She pointed out the huge column of black smoke from behind the hill to the right of Silverado Trail and said, “See that dark smoke? You don’t get that from just trees and brush burning. That’s structures on fire.” It’s unclear whether they were private homes or wineries or both, but that area includes wineries such as Joseph Phelps, Bulgheroni Estates, and more.

Damage reports, as they always are in these situations where access to the burn zone is highly restricted, are spotty and unreliable. We do have confirmation that Chateau Boswell has burned down, and that there is fire damage at the Schramsberg Property, Castello di Amorosa, Failla Vineyards, and Rombauer, but that so far, all of those wineries are still standing. Duckhorn, too, which my sister predicted might go overnight, was miraculously saved from the flames.

The town of St. Helena is still relatively unscathed, as are wineries such as Charles Krug, which you can see peeking through as text in between the dots that indicate spot fires.

My sister was deployed to the ridge above Meadowood Resort around lunchtime today where she described large explosions (likely propane tanks) and said she was watching the golf course and a major building she thought was the restaurant on fire. An hour or two later I saw this photo on Twitter:

That’s the restaurant burning, as she feared.

Crews, including my sister’s are working valiantly, but many are having to prioritize saving and evacuating people over structures, and structure defense over containing the fire, so it’s a big juggling act and unfortunately the fire is spreading unchecked through parts of Napa Valley.

As I was writing this, I received another text from my sister saying “Sterling didn’t make it.” She says fellow firefighters claimed to have watched the winery’s famous gondolas plummeting to the ground. Later reports, however, make it clear that while the winery suffered damage, it is not a total loss.

Over the hills towards Sonoma, my sister also initially reported hearing that Ledson Vineyards succumbed to the flames as the fire moved down towards Highway 12, where it continues to encroach on communities such as Kenwood, Glen Ellen, and the Santa Rosa neighborhoods of Oakmont. However, later news reports suggest that Ledson was just badly singed, so, as usual in these situations, anything other than 100% direct eyewitness accounts are less than reliable.

Looking at the fire maps, and watching things unfold through the valiant reporting of people like Sarah Stierch here’s what has me worried at the moment.

There’s a whole area, marked in purple below, that seems like it will almost certainly burn fully. That’s where Schramsberg Vineyards is among many other private homes and wineries.

The whole left side of that orange mandatory evacuation zone is the city of Santa Rosa, population 177,586. If the fire keeps moving west, there will be a lot of people losing their homes.

The town of St. Helena is obviously touch and go. Highway 29 into the town is fully closed, but as of yet, the main valley floor from Larkmead Lane down through St. Helena proper has not yet been under mandatory evacuation orders. Again, I speculate that the fact that the whole town is basically surrounded by vineyards, which don’t burn well, may be saving it from inundation.

Farther to the south than is shown on the image above, a huge tract of open space called Trione-Annadel State Park is currently seeing spot fires from blowing embers, and is an area of serious focus for firefighters. If it fully catches fire, we may see a repeat of the kind of behavior we saw when the fire first started: tons of virgin fuel from roughly 8 square miles of forested open space that may go up with a whoosh, and barrel down on Bennett Valley, where there are many wineries and private residences.

My sister and her fellow firefighters are working on just a few hours’ sleep and doing heroic work to keep people safe. Many have asked me to extend their thanks to her. She appreciates all the gratitude and encourages everyone to donate to her outfit, the Bodega Volunteer Fire Department.

Other worthy recipients of monetary support right now are Undocufund, which supports many of the undocumented workers whose livelihoods are likely to be most affected by this disaster, the Napa Valley Community Foundation and the Sonoma County Resilience Fund.

More to come as I hear it.

It has now been six weeks since the successful containment of the Glass Fire, a 67,484-acre (27,310-ha) blaze that burned in both

END_OF_DOCUMENT_TOKEN_TO_BE_REPLACED 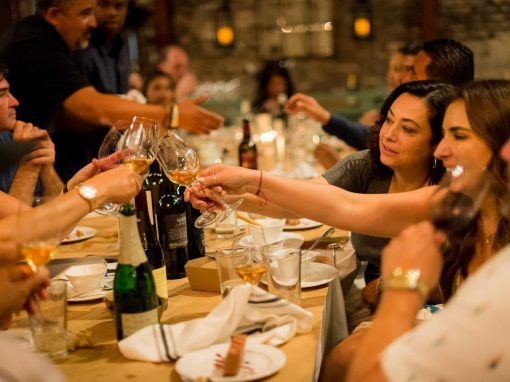 The first people to make wine in California were almost certainly Mexicans. In the latter half of the 18th century,