Napa Licks Its Wounds and Holds Its Breath 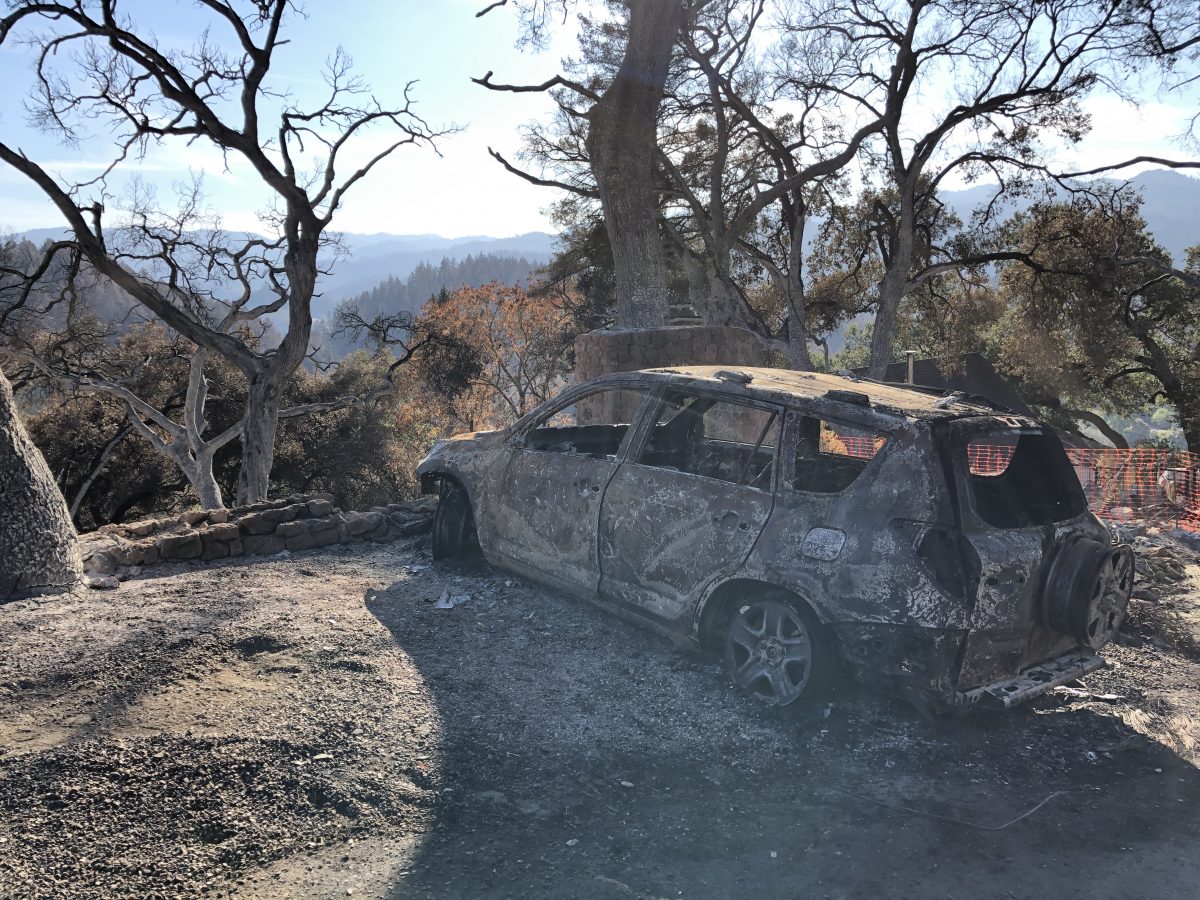 As of this morning, the Glass Fire, which burned more than 67,000 acres in Napa and Sonoma Counties is 97% contained. In the 17 days since it sprang to life in the hills to the east of Napa, it has destroyed 1555 structures, damaged 282 more, and caused the evacuations of tens of thousands of Napa and Sonoma Residents.

Most residents have been allowed to return home, some only to discover scenes like the one above, taken on Monday in the Deer Park neighborhood above Napa, an area particularly hard hit by the fire. Even those returning to find their homes untouched, however, can’t rest easy.

Almost the entire Bay Area is under yet another Red Flag, extreme fire danger warning for the rest of the week. And overnight, wind gusts of 60 miles-per-hour were measured on the top of Mount St. Helena on the upper end of Napa Valley.

I woke to unseasonably warm temperatures in the high 70s in Oakland this morning and unusually gusty winds. It’s going to be seriously hot today. The heat and wind combination is the basis for the Red Flag warning, and the reason that Pacific Gas & Electric has begun rolling blackouts around the Bay Area and Wine Country, as they attempt to minimize the potential for wind-caused sparks, as trees and debris impact their aging power infrastructure.

Fire season is not over, and will not be over until we get the first serious winter rains in northern California, which may not arrive for several more weeks.

Driving into Napa Valley on Monday of this week, nothing seemed amiss. Life continued apace, at least, at whatever passes for a normal pace in mid-pandemic. The skies were blue, the air clear, and people went about their lives—masked, but unhurried.

In fact, Napa seemed completely untouched and unchanged just about until I reached St. Helena, where burned-out hillsides and destroyed homes came into view on the right-hand side of the Silverado Trail as I approached the Pope Street bridge across the Napa River. These scars were evidence of the fire’s southernmost progress on that side of the valley.

I explored back along the southern reaches of the fire, down Howell Mountain Road and back towards Conn Valley, where, as in many places throughout the valley, evidence suggested that vineyards proved to be excellent natural fire breaks, thanks to their general lack of fuel at this time of year.

My wanderings also took me back into the Deer Park neighborhood, swaths of which showed complete devastation. More than once I came upon the heartbreaking scene of a couple or a family standing in the charred remains of their home.

As shocking as was the devastation, so too was my level of surprise at just how many homes survived the firestorm. Undoubtedly a combination of sheer luck, decent preparations by homeowners, and phenomenal heroism by firefighters, the number of houses still standing, but completely surrounded by charred landscape was astounding.

For instance here’s a view looking at the hillsides behind Meadowood. As you can see, the vineyards in front of the Napa Reserve (off camera to the left) are perfectly fine, as are the trees immediately along Meadowood Lane. Behind them, however, the hillside is a wasteland of devastation, save for that single house on the right hand side of the frame, which miraculously still stands.

As devastating as these fires have been for Napa, it’s hard not to come to the conclusion, even in the face of so much smoldering rubble, that they could have been so much worse. We are still learning the extent of the damage, of course (Spring Mountain Road, notably, remains closed to traffic) but even the structure damage reports from CalFire suggest that for its size, speed, and intensity, the Glass Fire was not nearly as destructive some fires in recent memory. The Tubbs Fire, which burned slightly less than half as much total acreage destroyed almost four times as many structures.

It’s hard to properly balance the horrific damage done at the level of individual properties and homes, and the lack of damage from the standpoint of a prospective visitor to Napa Valley. The destruction was awful, but the vast majority of Napa Valley that a tourist might see on any given day remains completely untouched.

The Vintage That Wasn’t

My conversations with winemakers in Napa make it clear that while there was some hope that Napa would sneak by the effects of the Hennessey Fire, which started in mid-august and mostly just sent smoke into parts of the valley, the Glass Fire dashed those hopes to pieces.

Estimates vary, and will continue to vary until the extreme back-log of smoke-taint test results can be worked through by ETS, the primary testing lab in California, but anecdotally as much as 70 to 80 percent of Napa’s red grape harvest may be unviable.

Making generalizations about a vintage, a harvest, a region, or even an appellation remains a dangerous and difficult thing. Exceptions abound. Some people, wary of the heatwave that kicked off this fire season, took advantage of the generally early nature of this vintage and harvested all their grapes before mid-August. That fruit will undoubtedly make exceptional wine, as up until that point, Napa had seen a lovely, uneventful growing season.

Once the Hennessey fire began, and smoke started to fill the air, some producers decided it would be best to get things out of the fields, and so harvested in the days and weeks that followed. One of the side effects of the haze in the air was a limiting of daytime temperatures, which caused a leveling-off of sugar accumulation in some vineyards.

Winemaker Steve Matthiasson found himself staring at the unmoving sugar metrics for a block of Cabernet Sauvignon day after day and eventually just made the call.

“I just said screw it, I’ve never harvested Cabernet at 21.5 brix but the grapes tasted good, and so what the hell,” says Matthiasson. Like many he is still waiting for test results on the wine’s chemistry, but so far, he says, the wine is tasting good.

As the first weeks of September rolled around, the smoke grew thicker in the air, leading to that fateful day on September 9th, when the sun didn’t rise for much of the Bay Area, and an eerie orange light filled the sky, filtering through the smoke that had risen to the lower atmosphere.

Eventually, that smoke cleared, and Napa, Sonoma, and the rest of the Bay Area were given a respite of blue skies. But for many, the damage had already been done. A number of growers decided they wouldn’t be harvesting fruit this year.

And al that was before the Glass Fire.

Napa’s Cabernet harvest usually happens in October. But this year the Glass Fire happened first, inundating the valley with smoke, and sounding the death knell for most of the fruit left on the vine.

Yes, there won’t be much 2020 Napa Cabernet for sale. Though, given the reputations at stake, you can be sure that anything that does get sold will not be smoke tainted in the slightest.

A Blessing in Disguise?

Most winemakers, faced with a lack of 2020 wines to sell, will have to make some changes to their sales approach. Luckily, most still have not sold their 2018 wines, and the 2019 wines are still in barrel waiting to be bottled. Most producers will simply try to make those two vintages last longer—selling fewer bottles to their customers so that they don’t run out of wine until the 2021 vintage is waiting in the wings.

Remember, we’re not just dealing with fire season here, we’re also dealing with the pandemic, and with the pandemic came the total loss of all restaurant wine purchases for Napa. Most producers larger than tiny boutique operations in Napa are, to use an industry phrase, “sitting on a lot of inventory.” The opportunity, if you can call it that, to not increase the size of the unsold wine pile is one that many will happily take under the circumstances.

Napa’s most vulnerable populations will be the most adversely impacted by the loss of a vintage. And this on top of all the cutbacks that wineries were already doing because of the pandemic.

The largest impact of events like the Glass Fire, other than the immediate loss of property and life, will always be the ensuing reduction in tourism.

Napa and its wineries, not to mention the thousands of businesses in the surrounding communities rely on visitors for revenue. In the wake of the 2017 fires, tourism visits dropped between 30 and 50 percent in Napa and Sonoma. After news of the fires this August of this year, visitation to wine country in Northern California immediately dropped by almost half.

The best thing we can do for wine country is to buy wine, and when we feel comfortable, to visit again. There’s nothing as financially beneficial for the region as a weekend spent in wine country to support restaurants, hotels, wineries, and all the people they employ.

This article has been mostly about Napa, but Sonoma, Mendocino, Monterey, Santa Cruz, and the Sierra Foothills have all been affected by fires this year. It’s probably a pretty safe bet to say that buying Northern California wine of any kind serves up a bit of humanitarian relief.

Wine Country will recover, especially if this week’s Red Flag wind events don’t result in more fires. We’ve seen its resilience before. But we’ll all need to do our part to support that recovery.

Cross your fingers and open a few good bottles. 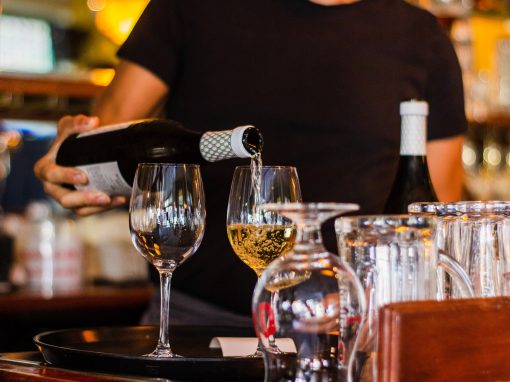 During the Pandemic, Corkage is a Crime

I didn’t think I needed to write this article. Esther Mobley of the San Francisco Chronicle wrote a spot-on piece

END_OF_DOCUMENT_TOKEN_TO_BE_REPLACED 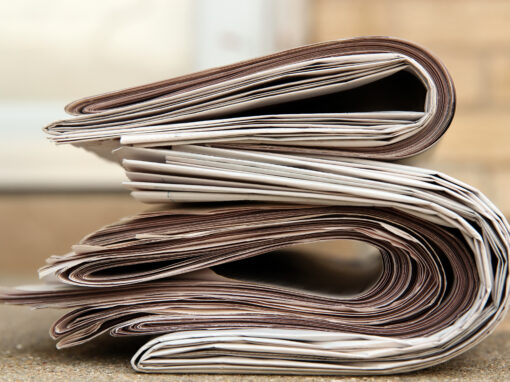