Messages In a Bottle: Appreciating Wine in Context 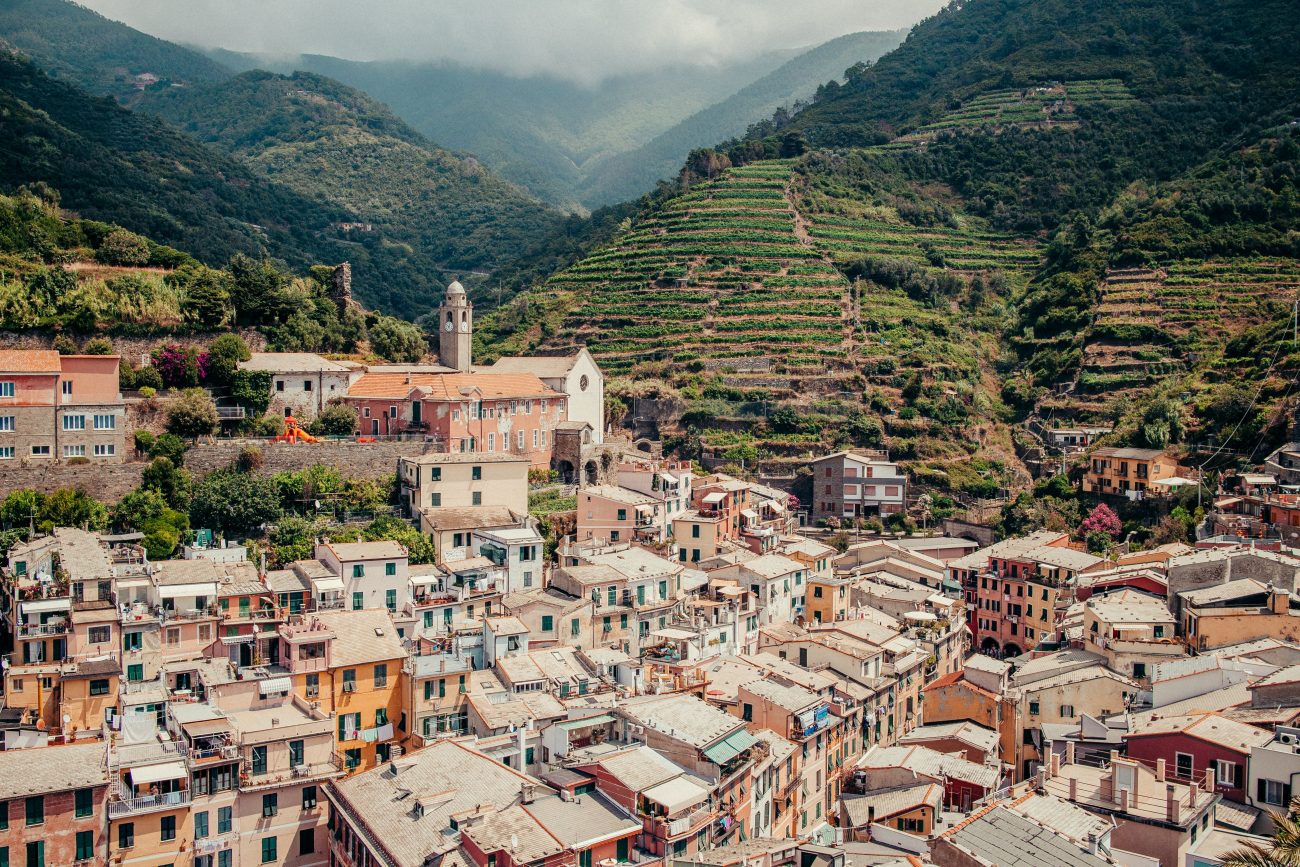 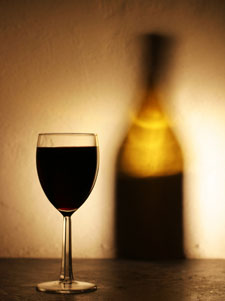 What did you think the first time you heard Mozart? Perhaps like me, you had a mother who would play classical music throughout the house on Sunday mornings and smile knowingly when you squirmed your way off the couch rather than sit for another minute listening to that stuff. To your eight-year-old ears, it was boring, complicated and inaccessible: You lacked the context in which to appreciate it.

Perhaps as you grew up, though, you started to appreciate Mozart, if not enjoy it; perhaps because you learned more about how to listen to his music. You gained an understanding of its context.

Most wine drinkers, no matter their level of knowledge and sophistication, are on a similar path of evolving understanding. Each mouthful whose flavors and aromas we drink, each bottle label we unconsciously imprint in our memory, each line-item on a wine list that we select for the evening’s meal is another volume in our own library of experience, and determines how we will experience the next. The more wine we drink and the more we learn, the better context we have to evaluate (or enjoy) every future glass.

Ostensibly, wine critics and wine professionals exist to aid in the education of wine lovers, making the process of becoming a better wine consumer easier, quicker and more enjoyable. Yet sadly, much of the professional world of wine, along with legions of devoted followers, operates in denial of the importance that such context plays in the evaluation of wine.

These critics — and the wine lovers who follow them — suggest that wine must be (and can only be) evaluated on its own individual terms. They suggest that the only thing that really matters when trying to determine whether a wine is “any good or not” is the particular combination of aroma, texture, flavor, acidity, tannic structure and complexity. To such people, sensory analysis is wine criticism, and its products — a compact tasting note and numerical score — represent a job well done for the critic.

Despite the shortsightedness of such a position, many find it difficult to counter the Sensory Analyst’s point of view; no doubt in part because it is essentially true. Sensory analysis is the core of wine criticism. What’s in the bottle does matter the most, but those who maintain that it is the only thing that matters are not only dead wrong, they are in denial of their own knowledge, psychology and personal history with wine. They are either deliberately or naively ignorant of the contexts within which we experience wine.

The understanding, the evaluation, and, I would argue, the full enjoyment of wine depends upon many layers of context, each of which builds on the other to fill out the most complete picture of a wine.

The Senses
The Sensory Analysts start from a good place: They pour a glass of wine. They swirl it. They appreciate the color, viscosity and shine in the glass. They smell it, inhaling deeply to make assessments of the aromas. They drink deeply, feeling the texture of the wine on their tongue, and tasting the flavors swirling in the nooks and crannies of their palate. They then swallow (or more likely spit), and carefully evaluate the lingering and fading aromas and flavors in the mouth. This is the root of all wine appreciation, but it is not the full vine.

Typicity
All but the most die-hard Sensory Analysts (and there are surprisingly quite a few of them) will admit that a proper evaluation of wine involves at least one additional layer of context beyond this purely organoleptic one. The knowledge of what grape variety has gone into making the wine, and where those grapes were grown, allow the taster to better evaluate the wine. In particular, this understanding provides a layer of context for the sensory analysis that enables us to evaluate whether the flavors of the wine are typical for the varietal, and whether the wine’s expression of the place it was grown (if it is good enough to express such things) is usual or unusual. The better Sensory Analysts hint at such things in their tasting notes, and the best of them make it a point to reference this context.

Humanity and History
Beyond the bottle and grape, beyond the geography of origin, all wine is irrevocably embedded in a human context: Someone tilled the soil and pruned the vines. Likely, more than one someone. All wines have a human history, that of the people who made them and of other wines made by the same hands. A complete understanding of the wine in your mouth must also include this history. Of course, the ordinary wine consumer may never know anything about who made the wine beyond the (unrecognized, or even unpronounceable) name on the label. They may never learn the two-hundred-year history of that family’s winemaking, or the personal history of the winemaker who started as a field hand, picking grapes. Such things are not essential to everyone’s enjoyment of a wine as it goes down the hatch, but they certainly are to my own, and should be to anyone who considers themselves serious about the enjoyment — let alone the criticism — of wine. A wine review without the story of whom and where the wine came from is merely a bunch of barely meaningful adjectives and one of those numbers that everyone loves or hates.

Culture
An acquaintance of mine has more than once bluntly uttered the phrase: Wine is culture. And how could it not be? It is the drink of kings and pharaohs, the salary of Roman soldiers, the sacrament through the ages. In most places around the world with a history of more than four hundred years, the identity of wine and the identity of place are inextricably bound together to the point of singularity. The often frustrating (to the novice) wine names from France, Italy and Germany are both wines and towns, and when you pour yourself a splash, you are taking part in the evolution of a culture from a specific place and a specific time. Ever wonder why Pinot Noir from California and Pinot Noir from Beaune in Burgundy taste different? The answer, once you get beyond the terroir, has to do with their cultural contexts, which are manifested concretely in the rules governing winemaking in each place, as well as subjectively in the traditions embodied by the winemakers in each region. Stylistic differences between wines can merely be a product of winemaking decisions, but quite often they run much deeper than that.

Muscadet and oysters. Chianti and lamb stew. Rioja and tapas. More than just good ideas, these “traditional” pairings were not simply inventions of experimental epicures, they were produced by a specific place and time. Before the wine world was globalized, and before the Californian and Australian wine regions were a glimmer in anyone’s eye, most people drank the wines of their local village, or if they were adventurous, their local region. It’s no surprise, then, that those wines often evolved as perfect complements to local fare and to local palates. To say that wine must be understood in this context would be overstating the matter, but how is it possible to ignore it? More importantly, how can wine critics, and even wine lovers, dismiss the importance of understanding where and when a wine comes from in the fabric of world culture?

Emotion and Memory
Even the most casual wine appreciators have often had a “perfect” wine experience. For many, such an experience is the gateway to a deeper appreciation for wine. You know what I’m talking about. That simple picnic on the grass during your honeymoon under perfect blue skies. That half bottle of wine you picked up at the deli on your way. The light, the love of your life, and the wine that never quite tasted as good as that moment (even though you bought several bottles to bring back home with you). The final layer of context for the wine we drink encompasses our own psychology, emotions and memory. The best tasting wines I have ever consumed, and ever expect to consume, are always in the best of company.

Of course, if there is one layer of context those of us who write about wine should generally try to avoid at all costs, it is this most personal of contexts. Emotion and personal attachment are generally thought to cloud the attempted objectivity of the wine review. This is the reason the most responsible of critics taste wine blind. Yet when the bags come off the wine bottles, and all is revealed, we fight a losing battle trying to ignore the stories that we know and love about wines. These stories, after all, make wine meaningful; these narratives of circumstance and pleasure capture all that is good about wine and everything that makes it more than just a beverage.

The Sensory Analysts may be content to tell the story of a wine with a few fruits, an architecture of adjectives, a finish of varying length and a number put up on a pedestal. In my stories of wine, and the stories I hope you will seek out and even tell on your own, such things are merely a sentence in a much larger tapestry of context, meaning and pleasure ” just a footnote in a contextual narrative of characters, land, cultures, history, food and spirit.

A version of this article originally appeared in The Gilded Fork.