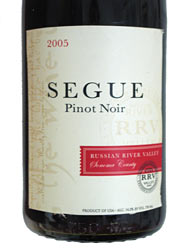 People have asked me many times if I ever think about making wine. Its something that I would love to do eventually, if only for the opportunity to learn a lot of things about wine that just can’t be learned from books or purchased bottles. I’m sure I’d also appreciate good wine even more after struggling to make something passably mediocre in my first attempt. Eventually I know I will need to make wine because, honestly, how can I sit here and criticize the efforts of winemakers without knowing what they go through?

This lack of hands-on knowledge must stare every wine writer in the face throughout his or her career. I’m sure it’s not a daily apparition, but anyone seriously making a go at writing on the subject must think about it occasionally, if only from the standpoint of their personal passion. What serious wine lover has not flirted with the idea of making their own wine?

I’ve received several offers from winemaker friends of mine to try my hand at a barrel or two, but I’ve never managed to get around to it. I’ve always imagined that one day I’d have the right combination of free time, connections, and desire to accept one of these offers, and I’d get myself enrolled in a little self-education.

I’m not sure if writer Stephen Yafa had similar notions about his start in the winemaking business, but the transition from wine writer to winemaker certainly took him by surprise. “I was interviewing a guy named Greg La Follette, one of the best Pinot Noir winemakers in our nation, if not our galaxy. While driving through winding back-country roads he pulled both hands off the steering wheel of his 300,000-mile Volvo station wagon so he could sketch the flow of phenols through a Pinot wine grape” writes Yafa on his web site. “With great passion as we veered and swerved, Greg swore to me, ‘Nothing caresses your mouth. Steve, like Pinot Noir.’ He said it with such conviction it sounded like a religious vow.”

And that, simply, was that. Segue Cellars was born.

Yafa bought grapes, a couple of barrels, and started making wine. He could have done worse than to pick a mentor and muse in Greg La Folette of Tandem Winery and DeLoach Vineyards, among others. With La Folette as a sideline coach and occasional therapist, Yafa took the proverbial crash course in winemaking: figuring it out as you go along. That he decided to get his start with one of the most notoriously finicky grapes on the planet probably tells you more about Stephen Yafa than anything else.

By anyone’s measure, Yafa has had a very successful career as a writer prior to embarking on this latest facet of his career path. The author of several books, including the critically acclaimed Big Cotton, a sort of biography of the plant through history. Yafa has also written several successful screenplays and stage plays, though his daily work is primarily as a magazine and newspaper writer on many topics, but perhaps most frequently and consistently about wine. Yafa is a frequent contributor to the San Francisco Chronicle, but also writes about wine for San Francisco Magazine and Salon.com.

For his first effort, an aptly named segue between someone on the outside of wine and someone very much on the inside (just ask his aching back after punchdowns), Yafa elected to make a wine that first and foremost he’d want to drink himself. Sourcing fruit (no doubt with a little help from La Follette) from the VanderKamp, Sangiacomo, and Balletto vineyards in the Russian River Valley, Yafa cold soaked the fruit and fermented with native yeasts before aging the wine in 50% new French Ermitage oak and 50% neutral French oak. The wine is bottled unfined and unfiltered. Only 50 cases were produced.

Tasting Notes:
Somewhere between light and medium ruby in the glass this wine has a nose of sour cherry, raspberry and the pleasant hint of a beer-like hops aroma. In the mouth it has the classic silky texture that makes Pinot so alluring to so many. The acid balance is good and the flavors are bright and polished, mostly centering around tart cranberry with some raspberry flavors, with hints of spice and cedar and the light sweetness of orange blossom water on the finish. This wine sits proper and upright, with a stiff upper lip, and it would probably wear a waistcoat with a pocket watch if it could — it needs a year or two to relax and unwind a bit.

Food Pairing:
These days, I’m in the mood for tangerine glazed braised pork belly, and this wine would be a welcome accompaniment.

This wine is, surprisingly, available for purchase on the internet. However, as you might imagine, it’s not sitting around by the case in a whole lot of wine shops. You can also buy it off of the winery’s web site.