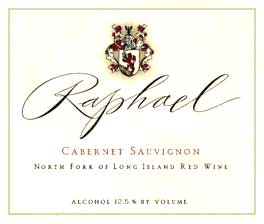 Like many wine lovers, I enjoy exploring the wine regions of the world from the comfort of my own kitchen table. Night after night I open a bottle or two and experience little bits and pieces of the world — snapshots of places and times captured in flavors and colors and aromas. Some of these explorations don’t offer much return on the investment. There’s a lot of wine out there, and much of it is below ordinary in quality, especially from wine regions that often carry labels such as “up and coming.” I take extra care and effort to try wines from such regions because every once in a while I get the pleasure of experiencing a wine that hits my palate like a ton of bricks and demonstrates definitively the potential of a region to do great things.

I had to search for a while, for instance, before I found such a Malbec from Argentina. I stumbled around some good wines before I found greatness in eastern Washington state. I’ve had glimmers of greatness from the North Fork of Long Island in New York, but I’ve only just now had a wine that proves to my palate unequivocally that Long Island can make some kick-ass wine.

I did not discover this wine, or its producer Raphael Winery, on my own. Quite the contrary, I’d still have no idea that they existed had my friend Lenn not brought this very bottle with him on a trip to California a couple of years ago. He handed it to me with a glimmer in his eye that told me I should tuck it away in my cellar for a little while, and open it with the proper reverence.

And that’s just what I did last night at dinner with some friends, and we all got a chance to experience what a perfect harvest on the North Fork of Long Island has the potential to taste like.

Raphael Winery was started in 1996 by John Petrocelli, and has rapidly become one of the regions top producers. Named after Petrocelli’s father, Raphael was founded to produce wines in the style of the greatest houses of Bordeaux, and if this wine is any indication, they are well on their way. Winemaking (as well as general operation)is overseen by Richard Olsen-Harbich, who works very closely with vineyard manager Stephen Mudd, who just like his last name suggests, enjoys getting his hands dirty whenever possible. Additional advice on winemaking is also provided by enologist Paul Pontallier, who, when he’s not tasting through blends with Olsen-Harbich and Mudd, spends his time being the managing director of Chateau Margaux on Bordeaux’s Left Bank.

The Raphael estate sits only 2000 feet from the water of Peconic bay, and slopes gently up across a plain of fine soil deposited by glaciers that covered the region millions of years ago. On this silty, loamy soil, the estate has a bit more than fifty acres under vine, with the majority of it planted to Merlot, the grape that seems to thrive best in these soils typical of the North Fork. Mudd and his vineyard crew work the vines meticulously, and only by hand. There are workers in the vineyards year-round, pruning, leaf-pulling, training, and weeding. The winery also significantly reduces yields (by about 50% at times) by dropping fruit in an attempt to make sure every remaining cluster ripens to its fullest (sometimes a challenge amidst the region’s chill).

The 2001 vintage on Long Island was one of the most perfect that anyone can remember for at least three decades. The fall was long, warm, and sunny, and not a drop of rain fell between September 1st and the harvest, which at Raphael took place on November 6th. The winery hand-harvested a mere 4 tons from its two acres of Cabernet Sauvignon, but all of it was perfect fruit.

I don’t know the particular details of its making, other than it was aged (for at least 18 months, I would guess) in 100% French Oak (of which a large percentage was probably new) and then blended with 5% Merlot before bottling. Four tons of fruit yield only about two barrels of wine. Only 50 cases of this wine were made.

Tasting Notes:
Medium to dark ruby in the glass, this wine has a beautifully elegant nose of classic wet slate with some steely undertones that have been dusted with sawdust and cherry fruit. In the mouth it is gorgeously balanced with a purity of mineral and earth that yields at the edges to cherry and some leather flavors, but remains a stony monolith through the expansive finish. In a blind tasting, you’d never guess this elegant aristocrat was from the new world. Fantastic.

Food Pairing:
We drank this last night with dry-rubbed, thick-cut rib-eye steaks off the grill. I’d be hard pressed to find a better match.

This wine is generally just impossible to find in this vintage. More recent vintages may be available online.