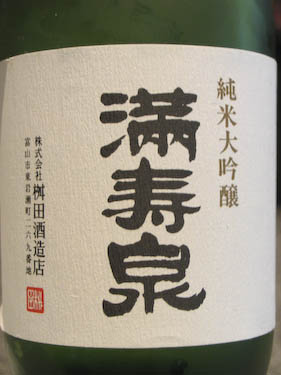 Many of us drink wine as a portal to a sense of place and time — to be transported through flavor and aroma to a patch of land and the cumulative effects of a season under the sun in our glasses. No matter what your definition or personal religious stance on the concept of terroir, it cannot be denied that the best wines convey some sense of locality.

Sake, on the other hand, tends to defy our traditional notions of terroir. Of course, there’s certainly an analogue to wine’s sense of place — the specific spring water, the particular strain of the koji mold used for the second fermentation, the particular climate where the brewery is situated — but no matter how you try to apply it (or market it) the concept that the flavor of sake conveys a sense of place just doesn’t quite work.

As an aside, one of the many reasons for this includes the fact that many high-end sakes from all over Japan are made from genetically identical rice grown in exactly the same region and conditions.

So if sake does not conjure up a specific place, if the flavors don’t evoke the soil and the fruit and the hands that work them, what does it do? I’ve asked myself this question many times, and I’ve settled on an answer for myself.

The best sakes do not convey a sense of place, as much as they evoke a certain atmosphere, or mood. When I drink fine sake I find myself drinking a moment in time, the crystallization of a feeling that hangs in the air at certain moments.

My favorite sakes are the ethereal, subtle daiginjo sakes that represent the highest quality designation of sake. These sakes, made from rice kernels that have been milled down to at least 50% of their former mass, can capture any number of exquisite sensibilities: the crisp, glass-like quality of a sunny day below zero after a blizzard; the moments after a tropical summer rainstorm; a clear night lit by the full moon high in the mountains.

The best sakes I’ve ever had convey such feelings in a striking instant, that either prompts wide-eyed surprise or a closed-eye sigh of wonder at the clarity of their flavors and aromas.

All of which brings me to this phenomenal sake that I drank on my last day in Japan over our Christmas holiday. The brewery known as Masuda Shuzo was founded in 1893 in the far north of snowy Hokkaido prefecture. Twelve years after its founding, however, it moved to Toyama prefecture on the eastern seaboard near the center of Japan’s largest island, so that its founder Kamejiro Masuda could be closer to his wife’s hometown. The move proved fortuitous, as a nearby bustling port had a large population of sailors and Geisha, all of whom needed something to drink. Masuda was a savvy marketer, and apparently knew the value of a brand name, and therefore chose to sell his sake under the name “Masuizumi” which translates roughly to “fountain of happiness.” The brewery has lived up to this name ever since.

Masuizumi is a smaller brewery in terms of the volume of its production, putting out only about 300 kiloliters of sake each year, which is roughly equivalent to about 35,000 cases of wine. Its product lineup is consequently quite small compared to some of its competitors, and it makes only two top premium sakes, this junmai daiginjo, and a more exclusive gold label version of the same brew.

Tasting Notes:
Colorless in the glass, this sake has a gorgeously fresh nose of white flowers and rainwater. In the mouth it is stunningly crisp with perfect acidity and a perfect silky texture that wraps around the essence of snowfall on a stand of cedar trees. You are there, standing amongst the fragrant wood, breathing in the cold air and you can tastes last night’s snowfall on the ground. And then all of a sudden, white flowers and ghosts of green melon bloom and fall from the sky, and you realize this is not a dream, this is just sublime sake. The flavors of this sake resonate like a chime struck in the still air, evoking a clarity and purity that only the best of their kind can achieve. Made me use four letter words.

Food Pairing:
Like most junmai daiginjo sakes, this is a sublime pairing with raw, or slightly cooked fish. I recommend it especially with fresh saba mackerel dipped lightly in ponzu sauce.

This sake is quite difficult to find for sale online (sorry). It is definitely available for sale in the US, however, as it is imported by the New York Mutual Trading Company.