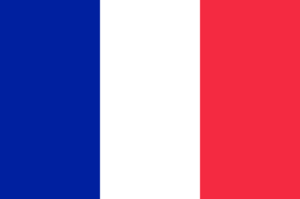 I can’t tell you how happy it makes me to write a piece acknowledging progress in France towards a rational approach to laws concerning wine production and marketing. It seems like every few months for the last couple of years, I have found myself with my head in my hands, bemoaning another setback for the French wine industry at the hands of ignorant, stubborn, and backwards politicians. I’ve written so many articles criticizing French policies that some of you have even written to complain that I have something against the country, despite my professed love for French wine.

This past week however, the French government proved that they are capable of at least some progress towards preventing what I have characterized in the past as the impending disaster that domestic wine production and consumption in France.

In what they themselves characterized as a series of sweeping reforms, President Sarkozy and his cabinet finally made good on their election year promise to change the laws that have kept France from being able to compete on a global scale at the lower ends of the wine marketplace because of restrictions on winegrowing and winemaking practices.

Here’s my understanding of the implications of the new changes:

THE OLD
Until recently wine could fall into three different categories in France, each with different regulations and implications for its marketability:

Appellation d’Origine Controlee or AOC — in order to qualify for this top designation, which supposedly guarantees quality as well as geographic typicity from one of 457 different locales in France, wines must conform to the strict rules of their particular appellation, including where the grapes can be grown; what grape varieties are permitted; what ripeness the grapes are allowed to reach before harvest and the maximum alcoholic strength of the resulting wine; the amount of fruit produced per acre; the way vines may be pruned; how densely the vines may be planted; how the vines are trained; what if any irrigation is allowed; and how the wine must be made including whether or not the grapes must be destemmed, whether sugar is allowed to be added, and many other minutia, including the fact that the wines must be labeled by their place names only — no varietal names on the label (except in Alsace). AOC wines (and the grapes to produce them) command the top prices in the marketplace

Vin de Pays — Wines that do not qualify for AOC have a chance to be classified as VdP if they can meet another set of stringent requirements including the grapes having been grown in a specific place and not being blended with grapes from elsewhere; being made of only certain grape varieties; having a minimum alcoholic strength; produced in less than a maximum quantity; and again using only strictly approved winemaking techniques, and no indication of grape varieties on the label (though this rule was not strictly enforced in recent years) . VdP wines make up nearly half of France’s wine production, sell for less than AOC wines, and make up the bulk of what most people drink every day in France.

Vin de Table — If a winemaker chooses to not or cannot adhere to AOC regulations or VdP, then they have no choice but to label their wines Vin de Table, which is as good as a death sentence for their wine. Such wines, which make up around 10% of France’s wine production are quite cheap and often even un-saleable.

THE NEW
The new regulations “replace” this old system with a new one that also has three tiers, but different rules. Here is my understanding of the new changes, which I have pieced together from various sources, none of which seem truly authoritative (so feel free to correct my understanding):

Indication Geographique Protegee or IGP — this category of “protected geographical region” wines replaces the VdP designation and significantly reduces the restrictions required to qualify for this designation. Among other things, wines with this designation can now:

– be made from any varietal the winemaker may choose
– be made from grapes grown in two or more different regions
– be vinified using more inexpensive oak chips instead of barrels
– incorporate some winemaking additives like tannins, acids, etc.
– be labeled not only with the grape variety, but also branded as the winemaker sees fit

Vignobles de France — this category of “Wines from France” would incorporate all wines that do not fall into the other two categories and has the same freedom of restrictions as the IGP category.

These are the first serious changes that France has made to its wine laws in decades, and in my opinion, the first move in the right direction in a long while. The new laws will allow a huge portion of the French wine industry to make better wine, or to make wine that can compete better with the Australian, American, and South American brands that have squeezed French wines off of supermarket shelves and off the tables of Americans and Europeans.

Of course, one of France’s main problems continues to be the drop in its own national consumption of wine, driven by younger generations who seem to favor beer and mixed drinks to their national beverage. This problem can only be alleviated by another direly needed set of sweeping reforms to the laws that currently thwart all effective advertising, marketing, and even journalism about wine, including prohibiting the sale of wine over the Internet.

These latest regulations are a ray of hope in what has been a perpetually gloomy future for the middle and lower tiers of the French wine industry. I hope these are the first of many changes that will free France’s winemakers and winegrowers to compete better on the world market, and to ultimately just make better wine, if only because I want to drink it.

Thanks to a number of you readers who sent me articles about this development.