Put a Cork in it: Screwcap Wine Closures Are Not Endangering Animals! 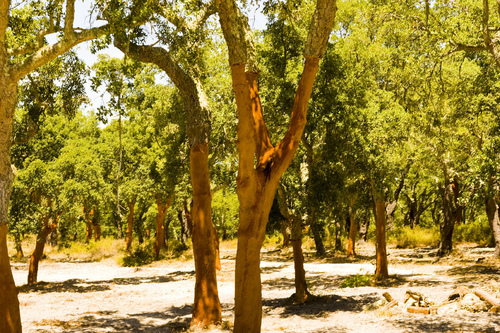 Why do I feel like the wine media watchdog these days? Maybe the holiday spirit brings out the misinformation campaigns like no other time of the year. Or perhaps journalists are getting lazy and are scrounging for material that they can recycle out of press releases they have stuffed in the bottom drawers of their desks.

So what’s the rant about? Today’s piece of crap in the Telegraph, entitled “Screw Cap Wine Bottles Threaten Rare Species.” The occasion for repeating this completely asinine claim that somehow if we don’t stop using screwcaps all those delicate ecosystems of the cork forests will disappear appears to be an upcoming BBC documentary series that repeats the same idiotic logic.

I have no basis for alleging that this whole thing is yet another arm of the multi-pronged marketing strategy cooked up by the struggling cork manufacturers to save their asses in the face of falling demand for their product, but I will say that it is any commercial agricultural company’s wet dream of a PR campaign. Let’s get the environmentalists to indirectly endorse our products by suggesting that if we go out of business, the little creatures that happen to live in our fields will be in danger.

Maybe the cork companies just got lucky, but even if they had nothing to do with this story, it still stinks to high heaven.

Let’s start with what a cork oak forest looks like:

Photo by Ryan Opaz of Catavino.

Not exactly pristine natural habitat, is it? Looks more like a farm, which is exactly what it is. I wonder what the place looked like before humans got the idea to start stripping the bark off the trees? I could be wrong, but I’d be willing to bet that there were a lot more wild animals in the cork forest before we started farming it.

But let’s for a moment take at face value the claim that these cork forests are indeed valuable habitat for a number of creatures. It’s not much of a stretch to believe such a thing, even if it were a particular species of dung beetle, let alone a beautiful creature like the Iberian Lynx. But the notion that because some animals might live in these forests, then somehow any competitive threat to the cork industry is tantamount to environmental destruction and species endangerment is utterly and completely laughable.

Here’s an analogy: You have a farm, and I have a farm. I grow barley, which everyone has eaten for years. You grow wheat, which is a newfangled grain that people are just getting excited about. And I’m a bit of a sloppy farmer, so that the barley I bring to market is rotten about 6% of the time. After a few years, people are tired of getting rotten barley, they’re starting to like the taste of wheat, and I’m losing money, and can’t afford to till all of my fields. Did I mention that I have long haired rabbits that live in my fields? How excited would I be if an environmentalist came along and wrote an paper saying that people need to stop eating wheat because it is endangering the long haired rabbits?

This so called “species endangerment argument” against screwcaps completely ignores basic principles of economics and the fact that the whole reason that screwcaps were ever put on wine bottles in the first place was because the cork industry were supplying many people with an inferior product that ruined countless bottles of wine.

Yet somehow a bunch of scientists and reporters manage to concoct a drama that pits the screwcap wine closure industry against the poor Iberian Lynx.

And about that Iberian Lynx….It’s the most endangered feline species on the planet, and the most threatened carnivore in Europe. It’s so critically endangered that there were only about 100 of them left in 2005, and every single piece of the cat’s current habitat, the majority of which is not even in the country of Portugal, let alone its cork forests, is protected by law. The biggest cause of death for the Iberian Lynx at the moment? Automobile collisions.

The cork industry, cork farmers, and the cork forests of the world are subject to the same laws of economics as the rest of the world. If wine drinkers no longer want their wines closed with tree bark (unlikely to happen anytime soon) then the cork industry will most certainly suffer. Farmers who now grow cork oaks will most certainly rip them out and plant other things that they can actually use to feed their families, as well they should, in the absence of any other way to do so, or any incentive from the government to encourage conservation.

It may be that, indeed, cork forests deserved to be preserved for any number of reasons, whether cultural, environmental, or even simply for civic enjoyment. This would presumably involve people and governments who care about such things deciding to spend the money to do so.

It also may be factually true that cork closures are literally better for the environment than screwcaps, from the standpoint of their total carbon footprint, amount of chemical pollutants, et cetera, but I have yet to see a definitive study on the subject. The scientific jury is still out on whether they are indeed the best closures for wines that will age a long time, though many believe this to be true (myself included).

Regardless, we should not tolerate lousy journalism and crappy environmental science that suggests to consumers that their choice of wine bottle is threatening endangered species, and that winemakers should suffer having portion of their product ruined every year… for the kitties.