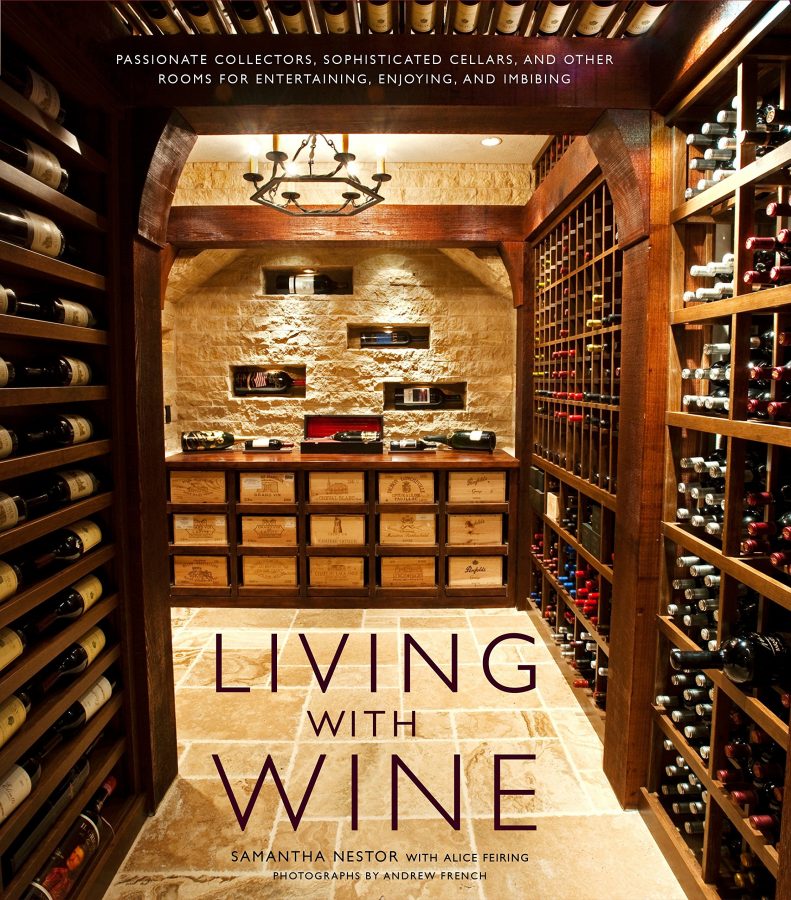 I think the very nature of coffee table books encourage them to be over the top. What else do we want, lounging around in the living room, than to be transported to someplace wonderful? A good coffee table book is better than TV in my opinion, if only because you want to experience it multiple times, which is more than I can say for pretty much any given TV show episode.

I’ve now leafed through both The Most Beautiful Wine Cellars in the World and Living With Wine several times, and probably will again. While it’s somewhat crude to us the word pornography to describe each of these tomes, perhaps the authors and those familiar with the increasingly acceptable phrase “food porn” will forgive me. The books, replete with centerfold after centerfold of stunning images from wine cellars around the world, are surely the wine collector’s version of Playboy, albeit more highbrow. One focuses mostly on the wine cellars of some of the world’s greatest wineries, the other focuses on private cellars. Together they represent a drool-worthy composition of what you get when you combine design, history, architecture, wine, and (almost always) gobs and gobs of money.

Living With Wine, by Samantha Nestor with text by Alice Feiring and 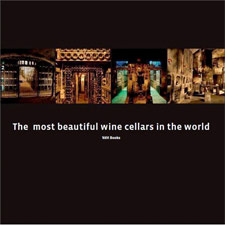 Photographs by Andrew French came out last year in time for the holiday gift-giving season, and offers an intimate view into roughly thirty temples built to honor that luxury of luxuries: the wine collection.

Most of the cellars showcased in Living with Wine are in private homes, though the book includes New York restaurants Alto and Adour. Ranging from the stark modern expanse of an Asian influenced museum piece to a barrel-vaulted, limestone brick nave, the cellars are beautifully lit and photographed. Each includes a profile of the owner (though some remain anonymous) and often some dialogue with the designer or architect. As if the money shots of magnums of grand cru Burgundies or California cult cabs weren’t enough, the profiles also include a listing of the owners most prized bottles.

To some, the very notion of a wine collection — at least one that contains valuable bottles to be cherished for a time as opposed to just a few more than can be drunk in a single setting — represents a sort of overt luxury that is not only out of reach, but distasteful. Anyone who might scoff at the pages of the Robb Report or Architectural Digest, will find plenty to disdain in the pages of Living With Wine, which clearly showcases a wanton disregard for cost as much as it does the craft of showcasing wine collections big and small. But that, after all, is part of the fantasy, is it not?

If Living with Wine gives us the opportunity to fantasize about what we might like to build for ourselves, The Most Beautiful Wine Cellars in the World, edited by Astrid Fobelets, Jurgen Lijcops, and Janneke Sinot, on the other hand gives us the opportunity to fantasize about where we might like to visit. Instead of private homes (though the book does include a few stunning private cellars) its pages reveal the “back rooms” of some of the world’s greatest wine estates, hotels, and restaurants.

Lacking a table of contents or any apparent organizational principle (that’s just how much the editors want you to simply flip your way through) and offering only a paragraph or three about each location, The Most Beautiful Wine Cellars in the World becomes simply a visual feast of Old World wine history embodied in the remarkable fusion of glass bottles and architecture.

My eyes widened with delight at the incredible crypt-like staircase that leads to the cellar of the hotel Don Alfonso south of Naples, Italy; I marveled at the quarry-hewn caves of Chateau Ausone in Bordeaux; and I delighted at a view of the vaults of dusty bottles in the cellars of Massandra in the Ukraine and Chateau Ksara in Lebanon that I have imagined while appreciatively sipping their progeny.

Anyone whose pulse quickens at a pile of bottles overgrown with mold (but not so much that you can’t read the little sign: 1934 Clos Vougeot) will want to ensure they enjoy The Most Beautiful Wine Cellars in the World with a full glass of red wine. A pencil and notebook may come in handy as well, to write down all the places that need to be added to the bucket list of places to see (and drink) before you die.

Both Living with Wine and The Most Beautiful Wine Cellars in the World offer many different flavors of perfection when it comes to the celebration of wine in ways that don’t involve actually opening a bottle. The armchair collector and armchair traveler will find inspiration in both.

Full disclosure: I received review copies of these books. 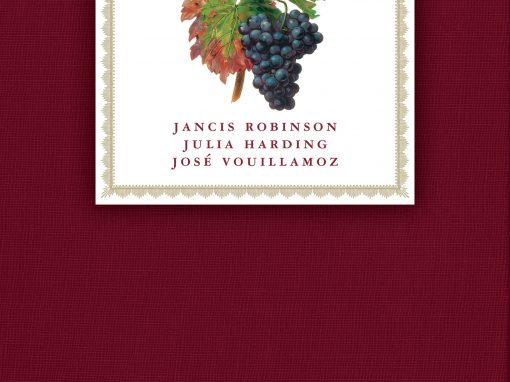 Why would any wine lover want to know something about more than one thousand different grape varieties? For the same

END_OF_DOCUMENT_TOKEN_TO_BE_REPLACED 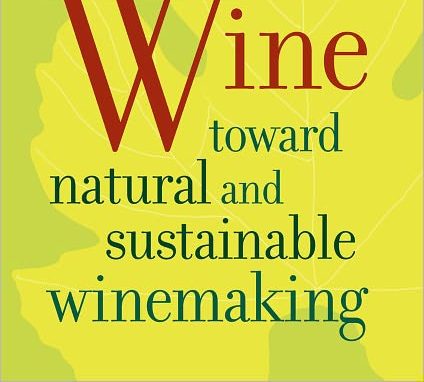 Review by Tim Patterson. Alongside the profusion of wine bars and wine weeks focused on so-called “natural wines”–wines made with