How to Market a Wine Region Properly 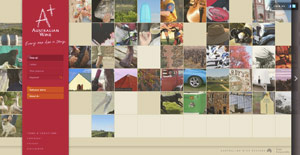 I spend most of my day helping companies do a better job connecting with their customers. It would be really easy for me to turn this blog into a constant conversation and critique about marketing in the wine industry. But that’s not nearly as fun as drinking the stuff, so I try to hold off on the discussions about brand experience. However, on occasion I come across industry-related goings on that are worth talking about.

As regular readers know, I spent some time in Australia back in March of this year, exploring some of the wine regions I hadn’t been to and visiting some of the country’s smaller producers. My summary of that experience included some thoughts on the challenge that Australia faces in the wake of the global financial crisis and shifting preferences of global wine consumers. In particular I was interested in the dichotomy between where the money is in the Australian wine industry (the big exporters) and where I believe the future is for their industry (smaller producers).

“Indeed, some of the most exciting wines I had in Australia are made by tiny producers who don’t make much wine, and export even less to the U.S. It seemed rather clear to me that Australia hasn’t figured out a way to easily make this diversity available to the world at large, perhaps as a result of scale, but perhaps also as a result of a focus of its energy on “simpler” ways of communicating to global consumers about Australian wine. Australia (by which I mean primarily the Australian Wine and Brandy Corporation, the main trade body in the country) should be celebrating and promoting its smaller producers more.”

Well I learned recently that the folks in Australia have been thinking along the same lines, and have launched what I think is the best marketing campaign I have ever seen or heard

of for a wine region.

It’s called A Plus (Australia Plus) and it’s so brilliantly simple, the tag line explains it completely: “every one has a story.”

It’s a web site where every winery in Australia can submit a photo, a brief story about what makes them interesting, and put a link to their web site. Visitors can browse all the stories, vote on the ones they like the best, and share their favorites with friends. But most importantly they can see the stories.

The stories are short. Some are funny, some are profound, but mostly they’re all at least interesting, which is more than you can say about 95% of the winery web sites and marketing campaigns in existence.

At the moment, the site is focused on the wineries themselves, and seeks to build up a comprehensive library of stories. But according to Paul Henry, the director of the Australia Wine and Brandy Corporation who responded to my questions about the campaign, this is merely the first phase of a dedicated effort over an extended period of time to use these stories as the basis for retelling the larger story of Australian wine to consumers everywhere, or as he put it “I believe the artistic term is ‘finding one’s voice.'”

Stories are what we care about. Stories are meaningful, and they are memorable. Wine is ultimately a story, of a place, of the people who farm it, and the unique circumstances that lead to the creation of every vintage.

Despite this, it’s the story that gets lost in all the concern for points, tasting notes, and pricing that pervades the wine marketplace today.

And that’s why I’m so impressed with this A+ campaign. It’s such an honest, soulful departure from the usual ways in which countries or wine regions go about marketing themselves. You’ve certainly seen those campaigns before — the ones that could be selling anything from Viagra to time-share vacation rentals. They always remind me of the campaign that ad exec Dudley Moore created in the movie Crazy People: “Come to Greece, the French can be Annoying.”

The A+ web site is well executed, and it has a ton of potential. There’s a lot more that can be done with these stories as they begin to accumulate, but the site is a great start and just what Australia needs. Provided that they can:

1. Actually get Australian wineries to participate (they’d be silly not to)
2. Get global consumers to the site (not an insignificant challenge)
3. Figure out how to leverage the content and the buzz on an ongoing basis

I predict it will be a great success. Of course, there’s still the challenge of selling the wine, but stories have sold stuff since the beginning of time.