Slate Digs Into The Seedy Underbelly of Fine Wine 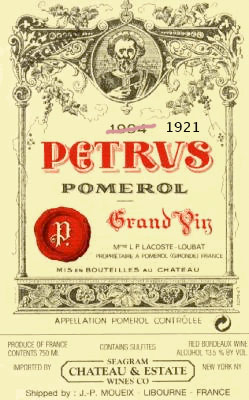 Pretty much anyone who consumes any wine media at all couldn’t have avoided hearing the names Hardy Rodenstock, William Koch, Michael Broadbent, and Thomas Jefferson in the past year or two. The story of Koch and his purchase of, and subsequent lawsuit over, forged bottles of wine purported to have belonged to Thomas Jefferson has gotten a lot of air time, been reported on relentlessly, and of course been dramatized in the well written book, The Billionaire’s Vinegar by Benjamin Wallace.

If by chance you haven’t heard about this saga rippling through the world of fine wine, never fear, the major motion picture will be coming out in 2012, directed by David Koepp.

I’ve read many accounts of the issues, allegations, facts, and emotions surrounding the various players in the scandal. I’ve also watched with interest as the story has started to become less about the cantankerous Koch and his bottomless legal coffers, and more about the growing epidemic of counterfeit wine in the upper echelons of the wine industry.

And now Michael Steinberger, one of my favorite wine writers, has just penned a truly exceptional piece of investigative wine journalism that throws new light on many shadowy nooks and crannies of the luxury wine market, including the role that Robert Parker may have unwittingly played in encouraging the growing counterfeit wine industry.

Even if you have gotten a little tired of this story, as I have, this lengthy exposé is worth reading in its entirety. I’ll go out on a limb here and peg it as the most likely contender I’ve ever seen for a James Beard Journalism award. It’s great stuff.

Check it out. You’ll never want to buy another magnum of 1921 Petrus again.