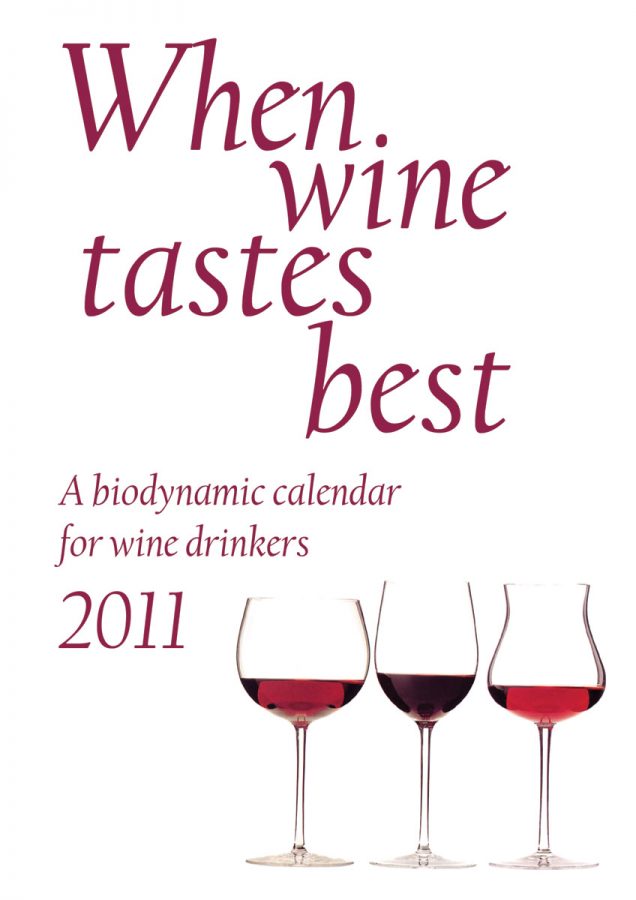 I am here to tell you about the only wine book you or I will ever need–at least until next year, when we’ll all need the 2012 edition. Throw away all those critic’s ratings and all those books about food and wine pairing; you won’t even need to visit Vinography any more, except for the cool images.

When Wine Tastes Best: A Biodynamic Calendar for Wine Drinkers 2011 is what happens when the most far-fetched aspects of biodynamic agriculture get transplanted from vineyard to glass. It turns out, the introduction explains, that the same astral forces that affect the growth of plants–forces that favor, in turn, the roots, the leaves, the flowers and the fruit–still exercise their dominion over the finished wine you just opened. And how they operate depends on the relative positions of the sun and moon and constellations, where some combinations will bring out the root character, some the fruit, and so on. It doesn’t matter what you drink; some days, it will all suck, some days, it will all suck down nicely.

Because the celestial Orrery is in constant motion, good and bad times come and go in a hurry. This small book, easy to carry around wherever you go, not only breaks things down by the day, but by the hour (all expressed, naturally, as Greenwich Mean Time). As I write this on September 30, it’s all flowers all the time, a banner day, which makes me want to start drinking right now. The 29th was apparently all root power (no wonder that wine seemed kind of stemmy). The first 14 hours of the 28th were marked only with a series of dots, which the legend by the calendar ominously translates simply as “avoid.” Fortunately I did just that, starting to imbibe only around hour 17.

Looking ahead, Thanksgiving this year is promisingly flowery, but only if you refrain from drinking until after noon. Christmas shapes up as a nonstop fruit bomb. And New Year’s Eve? Sorry, folks; it’s a 24-hour leaf day, and since I don’t yet have the 2012 guide, I can’t promise anything about the early hours of January 1st.

The introduction claims that various prestigious British wine shops schedule their tastings only for certain days. Aren’t the Brits the same people who drink beer warm? 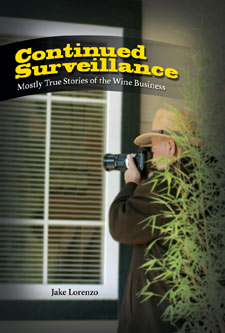 Review by Tim Patterson. Wine writers love Jake Lorenzo’s stuff; many wish they could write like him, or more precisely,

END_OF_DOCUMENT_TOKEN_TO_BE_REPLACED 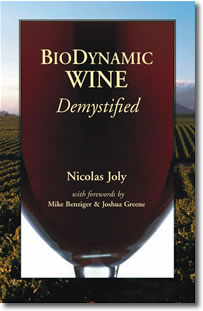 Review by Tim Patterson. Biodynamic grapegrowing and winemaking have gotten a great deal of press in recent years, far out