Next Week: My First Wine Trip to Germany and Austria 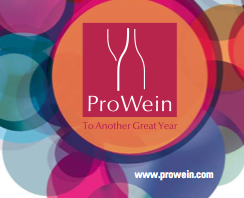 I’ve always wondered just how many Rieslings I could taste in a single day before my teeth cracked and fell out of my face. I’m about to find out. In a couple of weeks I’ll be headed to the frigid banks of the Rhine to engage in what can only be called an endurance sport: tasting as much German wine as possible in four days at the international wine expo known as ProWein.

Italians have their VinItaly. The Bordelais have their VinExpo. And the Germans and Austrians have ProWein. Held in a massive convention center in Düsseldorf over several days, ProWein offers a massive Teutonic tasting opportunity for anyone wanting to submerge their tonsils in everything from Grüner Veltliner to Zweigelt.

The website says “only visitors are allowed that have legitimized themselves.” I don’t know who decided I was legitimized, or whether this is a formal process I will be subjected to when I get there, but I got an invite to attend this year, complete with a plane ticket, courtesy of the folks who put on the event, Messe Düsseldorf.

Interestingly enough, the event is both focused on import and export. 3,600 exhibitors show up, many of which are German and Austrian producers, but this isn’t just a German wine tradeshow, it’s a massive international wine trade show. Of course, I won’t be spending time tasting New Zealand Pinot Noir while I’m there, but I suppose it’s good to know I could if I wanted to. Instead I’ll be attending seminars, and plowing my way through the German section of the massive “Tasting Zone” to try a lot of wines I might not get a chance to taste here in the States.

If any of you readers have ever been to this event, and have any tips for me (other than to bring along a spare batch of tooth enamel) I’d love to hear them. And if you’re planning on being there, please let me know! I might need someone to huddle together with to avoid getting frostbite.

Since I was headed to this region of the world. I decided I might as well make the most of it. So after ProWein, I’m headed to Austria for six days to brave hypothermia and visit some of my favorite producers there and a few more that I’ve heard great things about. I’ll be spending a day or two in Vienna on either end of the trip, so Vienna tips are also welcome, especially if anyone knows a good wine shop where I might buy some older vintages to drag back with me on the plane.