The Essence of Wine: Cured Meats 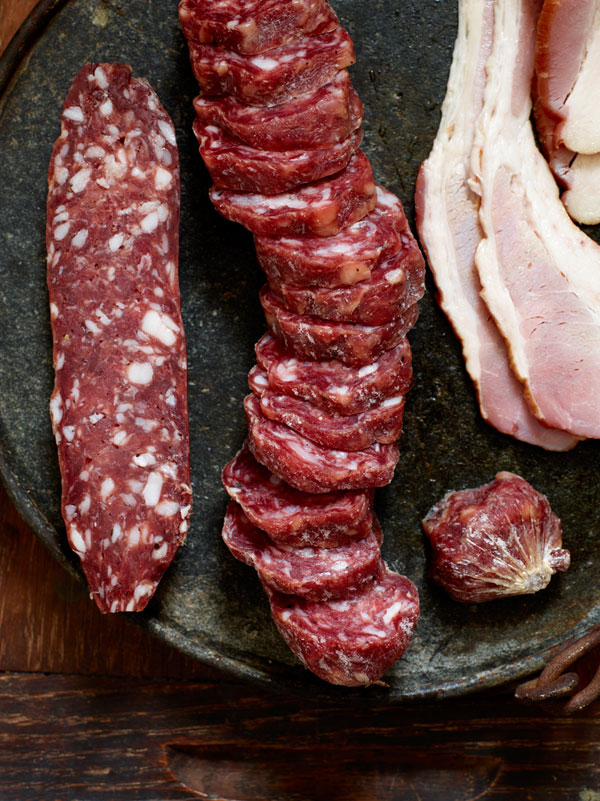 For omnivores, the scent is unmistakable and for many, just as irresistible. From the smoky scents of cooking bacon and charred meat to the salty, tangy notes of saucisson, few things make the mouth water more. Finding such savory notes in wine can be alarming to the unprepared, and many never get used to the cognitive dissonance of fermented grape juice that smells like fried porchetta. For others, however, these aromas often possessed by older red wines are treasures to be sought and hoarded, or as the case may be, plundered. Certainly when married to cool, stony fruit or welded to ethereal, woody spices and berries, meaty flavors can offer quite a feast for the senses.